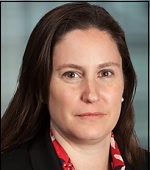 Jennifer Schulp of the Cato Institute

In a period of four weeks in January, shares of New York Stock Exchange listed GameStop soared more than 2400 percent from its closing price on December 31, 2020 before plunging back to earth. The episode has focused much needed attention on the corrupt underbelly and rigged structure of trading on Wall Street.

When the House Financial Services Committee sent out its press release for tomorrow’s hearing to take testimony from the people involved in the wild trading action of GameStop, it included just five witnesses: Keith Gill, a licensed broker who was employed at a broker-dealer at the same time he was hawking the shares of GameStop on Reddit and YouTube; Ken Griffin, the CEO of Citadel LLC, which has a related firm paying nine online brokers for order flow, thus enabling it to get an early peek at price movements; Gabe Plotkin, CEO of hedge fund Melvin Capital, which had a massive short position in GameStop and would have likely gone belly up were it not for an infusion of $2 billion from its generous competitor Citadel; Vlad Tenev, CEO of Robinhood, a trading app that abruptly put curbs on the ability of its customers to buy shares of GameStop – thus helping hedge funds with short positions.

Now, out of the blue, a new witness has popped up for tomorrow’s hearing: Jennifer Schulp, the Director of Financial Regulation Studies for the Cato Institute.

It’s a fairly safe bet that Maxine Waters, a Democrat who Chairs the House Financial Services Committee, did not call this witness. If we were to make a wild guess as to who wanted this witness at the hearing, it would be the Republican ranking member of the Committee, Patrick McHenry, whose top donors are big firms on Wall Street that don’t want to see the GameStop fiasco result in tightened regulations.

The Cato Institute is deeply conflicted in this matter and its witness, Jennifer Schulp, should say so at the hearing. Cato is a libertarian think tank that for decades kept the fact that it was both a nonprofit as well as being secretly owned by a handful of men – among which were the billionaire, fossil fuel brothers, Charles and David Koch. (David died in 2019.)

Charles Koch has a big dog in the fight against regulating trading. He and the heirs of his late brother, David, are the majority owners of Koch Industries, a private fossil fuels conglomerate which owns a stealthy and sprawling trading operation known as Koch Supply & Trading.

In addition to that conflict, sitting on the Board of Directors of the Cato Institute is Jeffrey Yass, the co-founder of Susquehanna International Group, known as SIG, a large trading outfit which had both a huge short and long position in GameStop as of December 31, 2020 – meaning that it may have benefited from the wild price swings in the stock.

According to its various filings with the Securities and Exchange Commission, as of December 31, 2020, units of SIG owned a put option (a bet the price would decline), on more than 4.8 million shares of GameStop. Three other units of SIG, Susquehanna Investment Group, Susquehanna Securities, LLC and Susquehanna Fundamental Investments, LLC owned 6.3 percent of GameStop shares, a total of 4.4 million shares as of December 31, 2020.

Yass donated more than $30 million in the 2019-2020 campaign cycle to right-wing Republican PACs, with the bulk of that going to Protect Freedom PAC, a Rand Paul allied Super PAC which has tarred Democrats in Congress as “Socialists,” and Club for Growth Action, a related part of the right-wing Club for Growth. In 2011, John Nichols, reporting for The Nation, wrote that Club for Growth was part of a “national strategy” to destroy labor and unions.

Cato’s Jennifer Schulp was interviewed in a podcast for Cato on January 30, making remarks that she can reasonably be expected to regurgitate during the House hearing tomorrow. The interviewer, Caleb Brown, Director of Multimedia for Cato, asks Schulp this:

“What is the proper takeaway for regulatory agencies who probably would like to jump in and say, ‘now you’ve got to be protected from these kinds of trades – we gotta protect you from this casino environment’ ”

“I think the proper response there is that protection comes from education. There can be any number of people or institutions left holding the bags in any of these situations. Stock market runups, stock market bubbles are a function of the markets, essentially since the beginning of time. And, retail – small investors – have been in the same situation as long as they’ve been playing the market. Again, it’s very dangerous to draw lines telling people this is a good idea for you to invest in or if this is not a good idea for you to invest in. Don’t think the regulator has the proper role there.”

This is a particularly bizarre statement from Schulp for one simple reason. Prior to arriving at Cato in April of last year, Schulp had worked in the Enforcement division of FINRA, Wall Street’s self-regulator, since 2011. She had served as the Director of Enforcement at FINRA since May of 2013.

FINRA Rule 2111 is known as the “Suitability Rule.” This is how FINRA describes that rule:

“FINRA Rule 2111 requires that a firm or associated person have a reasonable basis to believe a recommended transaction or investment strategy involving a security or securities is suitable for the customer. This is based on the information obtained through reasonable diligence of the firm or associated person to ascertain the customer’s investment profile.

“The rule states that the customer’s investment profile ‘includes, but is not limited to, the customer’s age, other investments, financial situation and needs, tax status, investment objectives, investment experience, investment time horizon, liquidity needs [and] risk tolerance,’ among other information. A broker’s ‘recommendation,’ which is based on the facts and circumstances of a particular case, is the triggering event for application of the rule.

“Brokers must have a firm understanding of both the product and the customer, according to Rule 2111. The lack of such an understanding itself violates the suitability rule.”

The nonsensical idea that retail investors – small investors – don’t need protection from the billionaire trading sharks on Wall Street may be high on the wish list of people like Ken Griffin, Jeffrey Yass and Charles Koch, but that idea needs to be ferociously opposed by Democrats on the House Financial Services Committee and Senate Banking Committee, which is also expected to take up the GameStop issue.

Another statement by Schulp on the Cato podcast is also dead wrong. Schulp stated: “And retail – small investors – have been in the same situation as long as they’ve been playing the market.”

In reality, for the past 90 years, regulatory bodies in the United States have directed their focus to protecting the retail, small investor. That’s why brokers must be licensed; are required to take continuing education classes; must understand and honor the suitability rules before recommending an investment. It’s why SIPC was created to protect cash and securities held in brokerage accounts. It’s why publicly traded companies must provide transparency to the public by reporting their earnings and business operations to the Securities and Exchange Commission, which, in turn, makes that information accessible to the public online.

Cato and its minions would like to take us back to the wild west days of 1929 when none of these protections existed. Every American who owns a 401(k) plan or simply cares about the future of their country should engage in the battle to make certain that does not happen.