GameStop: Will the Real Keith Gill Please Stand Up

The Wall Street Journal has an article up naming Keith Gill as the fellow that started the GameStop mania at WallStreetBets. The article says that Gill “until recently worked in marketing for Massachusetts Mutual Life Insurance Co.”

According to FINRA’s BrokerCheck, a Keith Patrick Gill, employed at a subsidiary of Massachusetts Mutual, MML Investor Services, has held trading licenses since 2012 and got his Series 7 stock trading license in 2016. On November 1, 2016, FINRA shows that Gill received his Series 24 Principal’s license, making him eligible to supervise other licensed brokers. FINRA also shows that Gill has worked for three trading houses since 2012.

Could there be two Keith Gills working for MassMutual? Yes there could. But it would certainly behoove the Wall Street Journal reporters to revisit their reporting.

If the guy who started the GameStop mania has passed a multitude of trading exams showing his knowledge of exactly what constitutes market manipulation, this is a whole new ballgame. 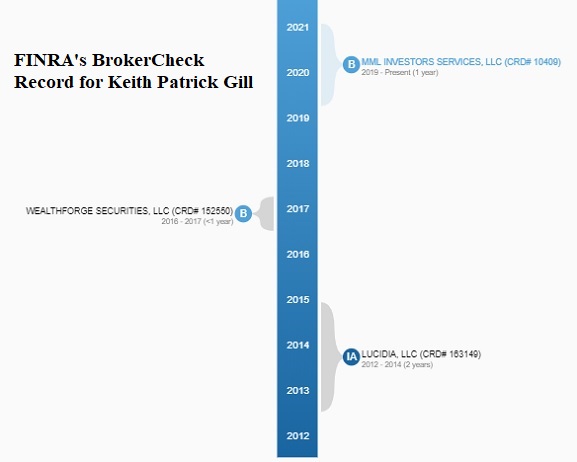