Senator Menendez: “3.3 Million Small Businesses Have Closed” and “1.1 Million Local and State Employees Have Lost their Jobs” as a Result of Pandemic 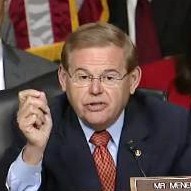 The Orwellian nature of U.S. politics as well as the delusional Republican narrative that the U.S. economy has made a robust recovery and “turned the corner” was on tortuous display at yesterday’s Senate Banking hearing.

Trump’s loyal devotees on the Senate Banking Committee continued to promote the narrative that job growth is stellar. It isn’t job “growth,” it’s simply some people being called back to the same jobs after their employers reopened after a shutdown because of the pandemic. The Trump administration’s own Department of Labor reported on November 25 that the total number of people claiming unemployment benefits in all unemployment benefit programs for the week ending November 7 was 20,452,223. The 20.4 million figure is 13.7 times where that number stood for the same week in 2019 before the pandemic struck.

Yesterday’s hearing was called to question Fed Chair Jerome Powell and U.S. Treasury Secretary Steve Mnuchin on the Fed and Treasury’s COVID-19 emergency loan programs. Democrats reported on the bleak reality on the ground while Republicans, for the most part, adopted the upbeat talking points from Trump.

Senator Bob Menendez of New Jersey told Powell and Mnuchin that according to the National Bureau of Economic Research, “at least 3.3 million small businesses have closed, 441,000 of which are black owned and 657,000 which are Latino-owned businesses.” That NBER paper was released in June, thus the actual closures year-to-date are likely far greater. Menendez also stated that 1.1 million local and state employees have lost their jobs according to Trump’s own Bureau of Labor Statistics.

Senator Catherine Cortez Masto spoke about the dire situation in the hotel industry. According to a November 10-13 survey by the American Hotel & Lodging Association, “71% of hotels won’t make it another 6 months without further federal assistance given current and projected travel demand.” The survey also found that “77% will be forced to lay off more workers.” Almost half (47 percent) of respondents said they would be forced to close hotels without further government assistance such as a second Paycheck Protection Program loan or expansion of the Main Street Lending Program.

As testament to the growing strains on the tourism industry, Disney announced last week that it will lay off 32,000 workers in the first half of fiscal 2021.

Democrats on the Committee displayed palpable disgust at Mnuchin’s efforts to shut down the Fed’s Main Street and Municipal lending programs in the midst of the greatest financial hardship to struggling Americans since the Great Depression. Senator Sherrod Brown called what Mnuchin was doing “sabotage” and “malpractice.” (Senator Brown posted a video of a portion of his remarks on his Twitter page.)

Multiple Democratic Senators appeared to question whether Mnuchin had actually obtained a legal opinion, as he is now claiming, that forced him to close the Fed’s programs by the end of the year because it is required under language in the CARES Act. They asked to see a copy of that legal opinion. (Mnuchin has no law degree. He has only a Bachelor’s Degree from Yale.)

“Mnuchin’s reading of the statute is based on his interpretation of congressional intent rather than a statutory requirement. The relevant law is §4029 of the CARES Act, which states that ‘the authority provided under this subtitle to make new loans, loan guarantees, or other investments shall terminate’ on December 31, 2020. But the ‘authority provided’ by the CARES Act is for the Treasury, not the Fed. The Fed’s authority to create these facilities comes from the Federal Reserve Act, not from the CARES Act. These ‘new loans, loan guarantees, or other investments’ are those made by the Treasury to various counterparties, including especially the Federal Reserve.”

Republican Senator Tom Cotton parroted Trump’s slur against blue states, remarking that the Fed’s emergency lending facilities were never meant “to bail out fiscally irresponsible, mostly democratically-led states and cities who had mismanaged their finances for years or even decades.” Senator Jon Tester, Democrat of Montana, responded to Cotton with this: “Mismanaged local government? Give me a break. The United States Senate, under some of the best economic times ever, borrowed a trillion dollars a year and you accuse local governments of mismanagement. Holy mackerel. Hard for me not to cuss.”