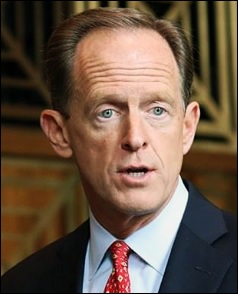 On November 27, Wall Street On Parade reported that U.S. Treasury Secretary Steve Mnuchin had failed to turn over to the Federal Reserve 75 percent of the $454 billion that Congress had earmarked in the CARES Act for the Fed’s emergency lending programs. We wrote at the time:

“…for months now, the Federal Reserve’s weekly financial statements known as the H.4.1 have indicated that all the Fed received from Treasury for its emergency lending facilities was $114 billion, leaving $340 billion unaccounted for.”

We also took the time to send an email to the Federal Reserve’s press office to confirm that the Fed had received only the $114 billion from the Treasury for its emergency lending programs. They directed us to Fed public documents confirming this.

Now the Congressional Research Service (CRS), a century old nonpartisan agency that provides legal analysis to Congress, has confirmed what Wall Street On Parade reported more than three weeks ago. In a December 17 letter to the House Select Subcommittee on the Coronavirus Crisis, the CRS wrote the following:

“Section 4003(b)(4) of the Coronavirus Aid, Relief, and Economic Security (CARES) Act authorizes the Treasury Secretary to invest up to $454 billion in emergency-lending programs established by the Federal Reserve (the Fed). To date, the Treasury Secretary has committed $195 billion to such programs, and appears to have transferred $114 billion of that amount as of December 9, 2020.”

“Committing” money and actually turning the funds over to the Fed are very different things. For example, the Term Sheet for the Municipal Liquidity Facility indicates that the Treasury had committed $35 billion to that emergency lending facility. But the Fed’s H.4.1 that was released on December 17 shows that the Fed had only received half of that amount, $17.5 billion. The same thing occurred with the Fed’s Primary and Secondary Market Corporate Credit Facilities. The term sheet indicated that the Treasury would be providing a total of $75 billion combined to the two facilities. But the Fed’s H.4.1 has indicated for months that all it received from Treasury was exactly half that amount for the two facilities, $37.5 billion.

Mnuchin was able to delude the public with the idea that the Fed has just been sitting on over $400 billion of Treasury’s money, so it was time for Mnuchin to claw it back and kill the programs, because that information was inaccurately reported by mainstream media.

On November 24 Saleha Mohsin of Bloomberg News reported this:

“The money in question includes $429 billion that Mnuchin is clawing back from the Fed — which backed some of the central bank’s emergency lending facilities — and $26 billion that Treasury received for direct loans to companies. Both initiatives were created under the Cares Act that was passed in March as the coronavirus pandemic inflicted economic pain on the U.S.”

Where did Mohsin get the idea that Mnuchin had turned over $429 billion of the $454 billion earmarked under the CARES Act to the Fed? According to Mohsin’s Tweet of December 1, Mnuchin made a phone call to her.

Bloomberg News was not the only news outlet to incorrectly report how much money Mnuchin had actually turned over to the Fed. As recently as last Friday, December 18, Rachel Siegel of the Washington Post was reporting that Mnuchin “requested that the Fed return hundreds of billions of dollars that went unspent.”

The misinformation campaign about the Fed twiddling its thumbs as its haul of $429 billion from the Treasury sat dormant in the Fed’s accounts has kept mainstream media from asking the critical question: exactly what was Mnuchin doing with the hundreds of billions of dollars he did not turn over to the Fed?

The December 17 letter from the Congressional Research Service was requested by the House Select Subcommittee on the Coronavirus Crisis to challenge Mnuchin on his interpretation that he was legally required to terminate certain of the Fed’s emergency lending programs that were backstopped with CARES Act money by December 31, 2020. Numerous legal authorities had stated publicly that Mnuchin was misreading the legislation and there was no such requirement. Democrats charged that Mnuchin simply wanted to kneecap the economic performance of the incoming Biden administration.

The CRS agreed with Mnuchin’s opponents, writing as follows:

“Turning to the second question, as noted, Section 4029(a) by its terms sets only the termination date for the Treasury Secretary’s authority to make ‘new’ investments of CARES Act funds in the SPVs. It does not appear to impose any limitations on the SPVs’ use of funds that the Treasury Secretary already has invested in those programs before December 31, 2020.”

Last week, Republican Senator Pat Toomey of Pennsylvania stepped into the fray, throwing a wrench into passage of the stimulus bill by Congress by demanding that the language in the bill include a provision that would prevent the Fed from restarting its emergency lending facilities that are supporting the corporate bond market; are directed at helping small and medium size businesses; or aiding state and local governments’ municipal bond issuance. Those are the same facilities that Mnuchin has demanded to cease operations by year end, among others.

Notably, Toomey and Mnuchin have no problem leaving open other Fed emergency lending programs that are directly aiding Wall Street. In Mnuchin’s letter to Fed Chair Powell dated November 19, Mnuchin requested that the Fed extend for a period of 90 days the Commercial Paper Funding Facility, the Primary Dealer Credit Facility, the Money Market Mutual Fund Liquidity Facility, and the Paycheck Protection Program Liquidity Facility, which is reimbursing banks (including a major Wall Street bank, Citigroup) for the already-guaranteed loans they made through the Small Business Administration’s Paycheck Protection Program. (See Citigroup Has Made a Sap of the Fed: It’s Borrowing at 0.35 % from the Fed While Charging Struggling Consumers 27.4 % on Credit Cards.)

There are differing reports today on exactly what Toomey was able to get in the final wording of the stimulus bill regarding the Fed’s emergency programs. Both he and Democrats are claiming a satisfactory compromise on the language.

Obviously, any effort to rewrite the 1913 Federal Reserve Act at the eleventh hour of a must-pass spending bill and its attached stimulus package with no time for the full Congress to read or understand the language will be a nightmare for the American people. (Consider what happened in 2014 under another eleventh hour power grab by Wall Street.)

One question that needs to be raised by mainstream media is what was Toomey’s real motivation for wanting to kill just certain Fed emergency programs. For insight into that, we looked at the money trail of Toomey’s campaign committee, using data compiled by the Center for Responsive Politics from the Federal Election Commission. Toomey’s three top backers were employees of Apollo Group Management, the law firm Paul Weiss, and Blackstone Group. Apollo and Blackstone would benefit if businesses fail because the firms could buy up distressed assets on the cheap. Paul Weiss represents both Apollo and Blackstone.