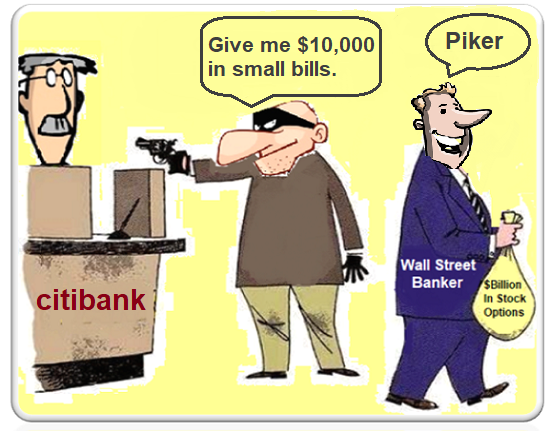 According to the official press briefing transcript on August 8, President Donald Trump explained the stalemate between his administration and the Democrats in passing the latest stimulus bill as follows:

But according to the U.S. Government’s Bureau of Economic Analysis, two of the states making outsized contributions to the GDP of the United States are California and New York. They are just two states out of a total of 50 but together they accounted for $4.87 trillion in GDP in 2019. That’s 22.8 percent of total U.S. GDP of $21.43 trillion in 2019 according to the U.S. Bureau of Economic Analysis.

California’s GDP of $3.13 trillion last year is so large that it would rank as one of the ten largest economies in the world on a standalone basis. California has had a Democratic governor for the past decade while New York’s governor has been a Democrat for the past 13 years.

We previously thought of ourselves as the United States of America and helped each other in times of need. Now, it appears that the official presidential policy is to examine what political party one belongs to in deciding whether you are thrown a lifeline or a piece of coal during the worst financial and health crisis in America in a century.

If we want to seriously talk about “badly managed” entities getting outrageous bailouts, both previously and currently, let’s talk about Wall Street banks. The big Wall Street banks were the most mismanaged banks during the 2007 to 2010 financial crisis and they remain serially mismanaged, as evidenced by the nonstop fines and felony charges. (See the Better Markets’ study from last year that was censored by corporate media: “Wall Street’s Six Biggest Bailed-Out Banks: Their RAP Sheets & Their Ongoing Crime Spree.”)

Let’s look at how Sheila Bair, the head of the Federal Deposit Insurance Corporation during the last financial crisis described the mismanagement of Citigroup in her 2012 book, Bull by the Horns:

“By November, the supposedly solvent Citi was back on the ropes, in need of another government handout.  The market didn’t buy the OCC’s and NY Fed’s strategy of making it look as though Citi was as healthy as the other commercial banks. Citi had not had a profitable quarter since the second quarter of 2007. Its losses were not attributable to uncontrollable ‘market conditions’; they were attributable to weak management, high levels of leverage, and excessive risk taking. It had major losses driven by their exposures to a virtual hit list of high-risk lending; subprime mortgages, ‘Alt-A’ mortgages, ‘designer’ credit cards, leveraged loans, and poorly underwritten commercial real estate. It had loaded up on exotic CDOs and auction-rate securities. It was taking losses on credit default swaps entered into with weak counterparties, and it had relied on unstable volatile funding – a lot of short-term loans and foreign deposits. If you wanted to make a definitive list of all the bad practices that had led to the crisis, all you had to do was look at Citi’s financial strategies…What’s more, virtually no meaningful supervisory measures had been taken against the bank by either the OCC or the NY Fed…Instead, the OCC and the NY Fed stood by as that sick bank continued to pay major dividends and pretended that it was healthy.”

Today, the Fed is back to propping up Citigroup. See Citigroup Has Made a Sap of the Fed: It’s Borrowing at 0.35 % from the Fed While Charging Struggling Consumers 27.4 % on Credit Cards.

Under the CARES Act passed by Congress and signed into law by President Trump on March 27, $454 billion was allocated to be handed over to the Federal Reserve to force taxpayers to eat losses on a mishmash of Fed bailout programs that would, once again, remove toxic debt bombs from the balance sheets of these casino banks.

But the $454 billion bailout was, in actuality, a $4.54 trillion leveraged buyout fund for toxic waste. Federal Reserve Chairman Jerome Powell made an unprecedented appearance on the Today show on March 26 and explained the plan like this:

As it turned out, the bailout of Wall Street was structured to run 4 to 5 years while the federal supplement of $600 a week added to unemployment claims for workers under the CARES Act lasted just four months. It expired on July 31.

And let’s be absolutely clear on one aspect that corporate media has conveniently failed to report to Americans. This latest Wall Street crisis and bailout did not start with the pandemic. It began four months before the first reported death from COVID-19 anywhere in the world. The official start date was September 17, 2019 when the Fed began plowing hundreds of billions of dollars weekly into the trading houses on Wall Street under the rubric of a repo loan liquidity crisis.