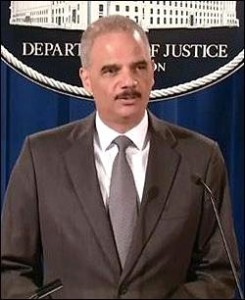 On October 11, 2017, Jim Rutenberg, writing for the New York Times about the aiders and abettors to Harvey Weinstein’s sexual assaults, explained the catch and kill strategy as follows:

“There is also another dynamic at play, involving something akin to a protection racket. This is the network of aggressive public relations flacks and lawyers who guard the secrets of those who employ them and keep their misdeeds out of public view.”

Keeping the secrets out of public view can involve a payoff to the victim and an NDA (non-disclosure agreement) or it can involve a more twisted version: getting a news outlet or Hollywood studio to pay big bucks to buy the story rights from the victim, with the promise to release the story to the public, then killing the story and making sure it doesn’t see the light of day anywhere else. This happens to a far greater extent than Americans currently understand.

Trump’s Woman Problem and the National Enquirer: In December 2018, Donald Trump’s personal attorney, Michael Cohen, was sentenced to 3 years in jail for, among other things, two catch and kill operations that were meant to “influence the 2016 election and did so in coordination with one or more members of the campaign,” according to the U.S. Attorney’s Office. The catch and kill plots involved a payment of $150,000 to Karen McDougal, a former Playboy model who alleged an affair with Trump. The payment was made by American Media, Inc. (AMI), the parent of the National Enquirer. AMI bought McDougal’s story, killed it, and then assigned the rights to the story to Cohen’s LLC. In addition, Cohen paid porn star Stormy Daniels $130,000 for her silence about an alleged affair with Trump.

In AMI’s non-prosecution agreement with the Department of Justice, it admitted that its Chairman and CEO at the time, David Pecker, had met with Cohen and hatched a plan to “help deal with negative stories” about Trump’s relationships with women, by “assisting the campaign in identifying such stories so they could be purchased and their publication avoided.” AMI also admitted that in purchasing McDougal’s “limited life rights for $150,000,” it had no intention “to publish the story or disseminate information about it publicly.” 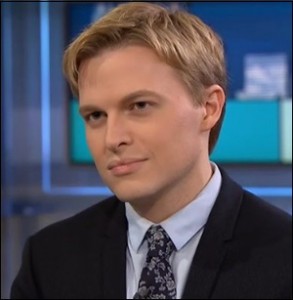 Ronan Farrow and the Harvey Weinstein Investigation: Ronan Farrow has cast a harsh light on NBC, suggesting that it may have been involved in a nuanced form of catch and kill during his investigation of Harvey Weinstein’s alleged sexual assaults on women. NBC failed to broadcast Farrow’s story despite having filmed witness interviews. After NBC told Farrow that his story wasn’t reportable, Farrow took it to the New Yorker, where the article was published and won him a Pulitzer Prize in 2018. That article includes allegations of three rapes by Weinstein.

Farrow appeared on the MSNBC Rachel Maddow program shortly after his article ran in the New Yorker. Farrow was asked by Maddow why NBC did not air the story. Farrow responded:

“I walked into the door at the New Yorker with an explosively reportable piece that should have been public earlier. And immediately, obviously, the New Yorker recognized that and it is not accurate to say that it wasn’t reportable. In fact, there were multiple determinations that it was reportable at NBC.” 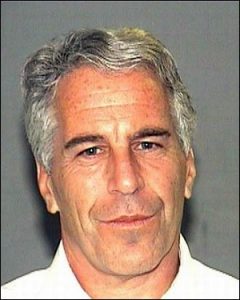 In July of 2006, the Palm Beach, Florida Police Chief, Michael Reiter, delivered a deeply investigated case against Epstein to the FBI, according to the November 2018 intrepid reporting of Julie Brown in the Miami Herald. Brown indicated that it took just eight months of FBI interviews for the U.S. Attorney’s office in Florida to have a 53-page Federal indictment ready to file against Epstein involving sexual assaults against dozens of underage girls.

But the indictment was never filed. A deal was worked out by then U.S. Attorney, Alex Acosta, and Epstein’s well-connected lawyers. Federal charges were dropped against Epstein and he was allowed to plead guilty to only Florida state charges: one count of soliciting sex from a minor and one count of soliciting sex from an adult woman. Epstein was able to serve just 13 months in jail while also given a work release program to sit in his well-appointed office 12 hours a day, and driven around by his chauffeured limo. The deal was so outrageously constructed that it even denied his dozens of victims knowledge of the terms of the deal.

Had Julie Brown not conducted that courageous investigation for the Miami Herald, had the Miami Herald declined to publish it, the U.S. Attorney’s Office for the Southern District of New York would not have been embarrassed into bringing the new charges against Epstein on July 8, 2019. Acosta, who had curiously become Trump’s U.S. Labor Secretary, was embarrassed into resigning as a result of the public uproar. 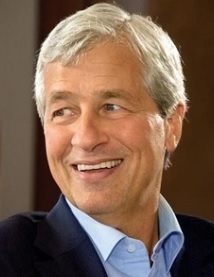 JPMorgan’s Catch and Kill Deal with the Department of Justice: On November 19, 2013, the Department of Justice and other regulators settled their mortgage securities fraud case against JPMorgan Chase for an unprecedented $13 billion. One year later, we would learn from Matt Taibbi’s reporting at Rolling Stone that the Justice Department had a highly reliable lawyer-whistleblower that had worked at JPMorgan Chase, Alayne Fleischmann, who had documentary evidence that she had warned the bank that it was peddling defective mortgages. 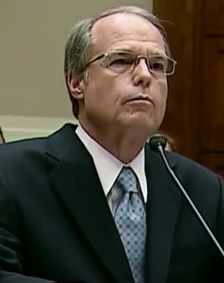 Citigroup’s Catch and Kill Deal with the Department of Justice: On July 14, 2014, the Justice Department settled a similar mortgage securities fraud case against Citigroup for $7 billion. Loretta Lynch, then U.S. Attorney for the Eastern District of New York, said this about the investigation:

“After nearly 50 subpoenas to Citigroup, Trustees, Servicers, Due Diligence providers and their employees, and after collecting nearly 25 million documents relating to every residential mortgage backed security issued or underwritten by Citigroup in 2006 and 2007, our teams found that the misconduct in Citigroup’s deals devastated the nation and the world’s economies, touching everyone.”

But just like a good ole National Enquirer catch and kill operation, those 25 million documents were locked tightly away from public view.

The preposterously skimpy details the Department of Justice released to the public in its 9-page Statement of Facts (SOF) was devoid of anything that could have allowed the public to connect the dots in the fraud. Instead of Appendix 1 being filled with incriminating emails or whistleblower letters proving Citigroup’s intent to defraud, it was a meaningless listing of deal names which told the public absolutely nothing about the nature of the fraud.

Fortunately for America, Citigroup had an internal whistleblower who wasn’t going to wait around for “justice” from the U.S. Department of Justice. Richard Bowen first testified to the Financial Crisis Inquiry Commission (FCIC). According to Bowen’s testimony in FCIC archives, he shared the following with the Commission:

“In June 2006, Bowen discovered that as much as 60% of the loans that Citi was buying were defective. They did not meet Citigroup’s loan guidelines and thus endangered the company—if the borrowers were to default on their loans, the investors could force Citi to buy them back. Bowen told the Commission that he tried to alert top managers at the firm by ‘email, weekly reports, committee presentations, and discussions’; but though they expressed concern, it ‘never translated into any action.’ Instead, he said, ‘there was a considerable push to build volumes, to increase market share.’ ”

The FCIC document also reports that Bowen “finally took his warnings to the highest level he could reach—Robert Rubin, the chairman of the Executive Committee of the Board of Directors and a former U.S. treasury secretary in the Clinton administration, and three other bank officials. He sent Rubin and the others a memo with the words ‘URGENT—READ IMMEDIATELY’ in the subject line. Sharing his concerns, he stressed to top managers that Citi faced billions of dollars in losses if investors were to demand that Citi repurchase the defective loans.”

Richard Bowen went even further, giving his documents and story to 60 Minutes. The program aired on December 4, 2011. It was ironically titled “Prosecuting Wall Street,” a dig at the U.S. Justice Department that was missing in action when it came to prosecuting any Wall Street executive for crimes that led to the financial crash of 2008.

To more fully reflect on what a catch and kill operation looks like when it’s run on behalf of a big Wall Street bank by the Justice Department, versus what a meaningful investigation on behalf of the American people looks like, consider the evidentiary record released to the public by the U.S. Senate’s Permanent Subcommittee on Investigations when it was Chaired by Democratic Senator Carl Levin in 2013. The investigation probed JPMorgan’s $6.2 billion in losses from its London Whale derivative bets gone bad using bank depositors’ money. The public was presented with a 306-page report, 98 pages of meaningful exhibits including internal emails with names, and two volumes of testimony under oath.

Unfortunately for the American people, that Subcommittee hasn’t conducted any meaningful investigations of Wall Street banks since Republicans took control of the Senate in 2015.

The only element of truth and facts that the American people have today when it comes to Wall Street crime is when a courageous whistleblower comes forward before they are nabbed in a catch and kill operation.