The Fed’s advance men were all over the media today attempting to transform a sow’s ear into a silk purse (or, as they say on Wall Street, put lipstick on a pig). The Fed surprised the market today with the stunning announcement that it was going to start buying up junk bonds from the markets after they had been cratering for most of the month of March. That was the pig. The lipstick it applied was worded like this: “The Federal Reserve on Thursday took additional actions to provide up to $2.3 trillion in loans to support the economy. This funding will assist households and employers of all sizes and bolster the ability of state and local governments to deliver critical services during the coronavirus pandemic.”

Households and small businesses don’t issue junk bonds. Neither do most state and local governments.

Fed Chairman Powell was highly anticipated to deliver remarks and take questions on a webcast sponsored by the Hutchins Center on Fiscal and Monetary Policy at the Brookings Institution this morning. (See the full webcast below.) Following Powell’s remarks, David Wessel, Director of the Hutchins Center, asked Powell the following: 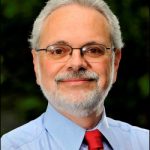 Wessel: “Congress has allocated in the CARES Act $454 billion to backstop Fed emergency lending. If I did my arithmetic right, today you used $195 billion of that for the various programs you announced this morning. What are your priorities for the rest of that money. How do you think about how you’ll use it…”

Powell: “So our priority for all of it is the same. What’s happened is in our big complicated economy and financial markets and banking system we rely on those who have funds to lend through various channels to those who are borrowing. And what happened when the spread of the coronavirus became clear is investors all over the world really struggled to assess what that meant for the economy. So they pulled back from all kinds of investment and really went to the safest, short term investments like T-bills. And the result of that was that many, many parts of the capital markets, and lending more broadly, stopped functioning. And that is exactly the situation that our emergency powers are meant to address. So we have moved in, and as I mentioned, our priority are those areas of the markets that are most fundamental to supporting the real economy…”

Clearly, there are many corporations with junk bond credit ratings that should use the legal proceeding known as bankruptcy filing and not be bailed out by the Fed.

Another question that came later in the interview was about the Fed’s unelected role in apportioning credit. The exchange went like this:

Wessel: “Are you at all worried about Federal Reserve, which is, after all, unelected officials, making decisions about who can borrow and who can’t, and what credit rating is eligible for your loans and where you’re not going to lend?”

Powell: “So this is an area where during the Global Financial Crisis that ended in 2010 let’s say, the Fed really made those decisions. Although it did so with some consultation with the Treasury Department. One of Dodd-Frank’s innovations [the financial reform legislation that became law in 2010] was to say that we could only use these extraordinary powers with the consent of the Treasury Secretary. And I think that’s actually a wise decision. Decisions of this magnitude, there really should be some accountability at least for those who are elected by the public. We are not elected by the public. And that is the administration in the form of the Treasury Secretary…”

But the Treasury Secretary is not an elected official. He was nominated by the President and confirmed only after a less than cordial Senate confirmation hearing where it was revealed that he had functioned as a foreclosure king during the last financial crisis.

Powell made a number of false statements in his opening remarks on the webcast. One statement regarded his expectation that “the loans will be fully repaid.” Powell said this:

“I would stress that these are lending powers, not spending powers. The Fed is not authorized to grant money to particular beneficiaries. The Fed can only make secured loans to solvent entities with the expectation that the loans will be fully repaid. In the situation we face today, many borrowers will benefit from these programs, as will the overall economy. But there will also be entities of various kinds that need direct fiscal support rather than a loan they would struggle to repay.”

That’s a complete misstatement. On March 26, Powell clearly explained on the Today show that the money being put up by the Treasury (a/k/a taxpayer) is based on the amount of losses that the Fed is expecting to take on these new emergency programs. Powell stated this:

Under the Fed’s Primary Market Corporate Credit Facility, the Fed “may purchase eligible corporate bonds as the sole investor in a bond issuance,” according to the terms posted on the New York Fed’s website. As long as the bonds were rated investment grade or above as of March 22, 2020, they can still be purchased at a later date by the facility, even if they are then rated junk.

The Fed’s Secondary Market Corporate Credit Facility will also be allowed to purchase junk bonds, also providing that they were investment grade rated on March 22, 2020. The terms posted at the New York Fed also tell us this:

Powell also stated this in his opening remarks:

“We entered this turbulent period on a strong economic footing, and that should help support the recovery. In the meantime, we are using our tools to help build a bridge from the solid economic foundation on which we entered this crisis to a position of regained economic strength on the other side.”

The U.S. financial markets did not enter the coronavirus pandemic on solid footing or anything vaguely resembling solid footing. See our reports: Wall Street’s Crisis Began Four Months Before the First Reported Death from Coronavirus in China; Here’s the Proof and Fed Repos Have Plowed $6.6 Trillion to Wall Street in Four Months; That’s 34% of Its Feeding Tube During Epic Financial Crash. These articles clearly demonstrate that the liquidity crisis on Wall Street began four months before the first death from coronavirus in the U.S.

It should raise serious alarm bells among the American people that we are not getting straight talk from the Chairman of the Fed and that Congress saw fit to approve language in the stimulus bill (CARES act) that exempts the Fed from sunshine laws and the need to publish the minutes of its meetings during this national emergency. With all of this extra time at home, it could be put to good use by calling your elected members of Congress and demanding transparency and accountability with taxpayers’ money. That includes the money the Fed is creating out of thin air since it’s the U.S. taxpayer that will ultimately be on the hook if the Fed needs a bailout.