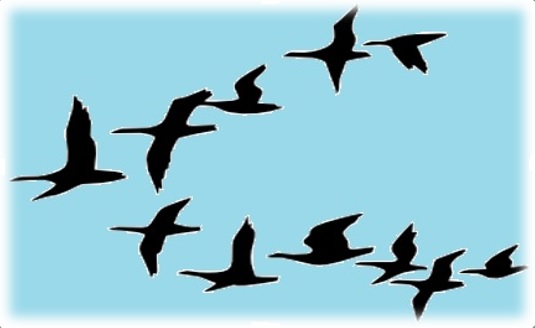 There are now so many Black Swans circling in the sky against darkening clouds that it’s starting to feel like news on steroids. Here’s what we woke up to this morning:

Futures on the Dow Jones Industrial Average contract had fallen 5 percent overnight so they are now locked, limit-down in the futures market in Chicago. We can get a pretty good idea, however, of just how far the stock market will fall when it opens at 9:30 a.m. in New York from the SPDR Dow ETF, which at 9:03 a.m. suggested an opening loss of about 1,681 points or 6.5 percent from its close on Friday. Those projected losses, of course, could be stemmed before the market opens by news of liquidity injections.

For example, the New York Fed announced before the market opened that it will increase its one-day repo loans from $100 billion to $150 billion. Its 14-day loans will increase from the scaled-back $20 billion to $45 billion on Tuesday and Thursday of this week. Considering what is happening in the market, that level of liquidity assistance is like throwing a penny in a fountain and making a wish. The New York Fed will be releasing a new schedule of the dates and dollar amounts of its repo loans for the March 13, 2020 to April 13, 2020 period this Thursday at 3:00 p.m.

The stock market, of course, has been spooked by growing cases of the coronavirus and escalating outbreaks from community spread in the U.S. That anxiety was heightened over the weekend with news that Italy had quarantined 16 million residents in Northern Italy. The area included the business capital of Milan. As of Monday morning, the number of confirmed cases worldwide jumped to 110,000 with deaths just under 4,000.

As if the coronavirus wasn’t enough for nervous traders and investors to deal with this morning, crude oil has also staged a crash, trading down over 20 percent from its close on Friday. The crash in the price of oil comes as Saudi Arabia is threatening to open its spigots to grab market share following a breakdown in talks for production cuts in Vienna last week. OPEC had recommended additional cuts of 1.5 million barrels a day but Russia balked. Because Saudi Arabia is a low-cost producer, it could level serious damage on oil producers in the U.S. The junk bond market, which has significant exposure to energy companies, is likely to react negatively to the oil news. That will in turn put pressure on the biggest Wall Street banks, which have loan exposure to that sector.

Adding to the surreal aspect of this morning’s news, the yield on the 10-year U.S. Treasury note crashed through 0.50 percent and traded as low as 0.3802 percent. Even during the Great Depression, the 10-year Treasury note traded in a range of 2 to 3 percent. The unprecedented decline in yields is a result of a safe haven flight to the Treasury instrument as chaos erupts in markets around the world.

Stock markets in Europe were also in panic mode. The U.K.’s FTSE, Germany’s DAX, and France’s CAC 40 had all fallen by about 8 percent by early afternoon in Europe.