There Was a Flash Crash in the Stock Market Yesterday: Here’s Why You Should Be Very Concerned 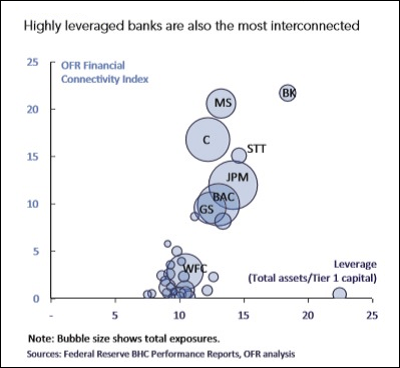 At 10:52 a.m. yesterday, the Dow Jones Industrial Average which was trading at a level of 29,348, began a bungee-style plunge. By 11:32 a.m. the market landed with a thud at a level of 29,013. Then the stock market began an equally inexplicable climb, closing the day down just 128 points. This is what is known as a “Flash Crash,” a sudden plunge in the market with no reliable explanation. No one on Wall Street has yet to offer a convincing explanation for the plunge. An early attempt to pass it off to worries about the coronavirus was easily dispelled because the news report of rising infections from the virus came much earlier than the plunge in the market.

Our chart research also shows that the plunge was not related to the coronavirus because Procter & Gamble, a component of the Dow which is having serious supply chain disruptions from the coronavirus, didn’t participate in the Flash Crash in any material way.

Goldman Sachs, however, also a component of the Dow, not only participated in the Flash Crash but began its own plunge at the market’s open, recovered somewhat, and then began the Flash Crash at the same time as the Dow – but much more sharply. 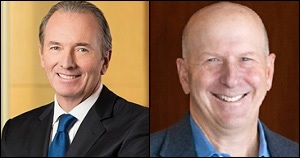 Why was Goldman selling off yesterday? Because one of its major competitors on Wall Street, Morgan Stanley, had brazenly announced before the market opened that it was using its stock to the tune of $13 billion to buy the discount broker, E*Trade, at a premium of 30 percent to its market value. Goldman Sachs, currently under a criminal probe by the Justice Department for its role in the Malaysia 1MDB bribery and embezzlement scandal, is not likely to be given any green light by the U.S. Department of Justice to expand its footprint. Thus, it is likely to fall further behind its competitors – or so the thinking goes.

Most of the big Wall Street banks have been culling their customer ranks by kicking smaller accounts out of their investment advisors’ hands and moving them to a manned phone bank. That’s the kind of disdain that Wall Street firms have for those with less than a high net worth. So why would Morgan Stanley be so desperate that it would buy a discount broker? Because these are desperate times on Wall Street and every major firm is in need of more trades and the ability to show shareholders that its assets under management are increasing – even if they have to overpay to obtain those assets.

Why this Morgan Stanley buyout is of major concern to the average American is that Morgan Stanley is already too big and too dangerous. Morgan Stanley is one of 30 global banks that are known as G-SIBs – Global Systemically Important Banks. That means that they are so big and interconnected to other banks that if they implode they could start a financial contagion like 2008.

In fact, Morgan Stanley would have failed in 2008 except for the secret money feeding tube that the Federal Reserve Bank of New York provided to Morgan Stanley for more than two years. According to the audit performed by the Government Accountability Office, the nonpartisan watchdog of Congress, Morgan Stanley received $2.04 trillion in cumulative loans during the financial crisis, second only to the insolvent Citigroup, which received $2.5 trillion. (See chart below.) The GAO report did not cover all of the loan programs. For a full accounting, see the report from the Levy Economics Institute.

Despite its brush with death during the financial crisis, Morgan Stanley was allowed to buy the retail brokerage firm, Smith Barney, from Citigroup after the financial crash, first structured as a joint-venture in 2009 and then a full buyout at a total cost of $13.5 billion in 2013. As of last October, Morgan Stanley said it had 15,553 financial advisors managing its 3 million clients.

Could Morgan Stanley blow up because it’s already too big to know what all of its far-flung traders are doing? Yes, it could. One of the reasons it needed that $2 trillion cumulative in revolving loans from the Federal Reserve, on top of the $10 billion it received from the Troubled Asset Relief Program (TARP), was because one of its traders, Howie Hubler, lost $9 billion, “More than any single trader has ever lost in the history of Wall Street,” according to author and Wall Street veteran Michael Lewis in a 60 Minutes interview.

What happens to these Wall Street behemoths is critical to the financial health of the U.S. economy and the future viability of the United States. If the U.S. had a functioning U.S. Department of Justice, it would reject this proposed buyout of E*Trade by Morgan Stanley because it is already too big and too interconnected to other Wall Street and global banks via its huge derivatives footprint.

To underscore just how interconnected these banks are, the Office of Financial Research (OFR), wrote the following in a February 2015 report:

“The larger the bank, the greater the potential spillover if it defaults; the higher its leverage, the more prone it is to default under stress; and the greater its connectivity index, the greater is the share of the default that cascades onto the banking system. The product of these three factors provides an overall measure of the contagion risk that the bank poses for the financial system.

According to the Office of the Comptroller of the Currency (OCC), the regulator of national banks, the bank holding companies of those same five banks were sitting on unthinkable levels of derivatives as of September 30, 2019 (the most recent OCC report that’s available). In notional (face amount) of derivatives, JPMorgan Chase held $54.9 trillion; Goldman Sachs Group had $50 trillion; Citigroup held $49.4 trillion; Bank of America held $39.3 trillion while Morgan Stanley sat on $36.2 trillion. Just these five bank holding companies represented 85 percent of all derivatives held by the more than 5,000 Federally-insured banks in the U.S.

It’s long past the time for Congress to break up these Wall Street mega banks.