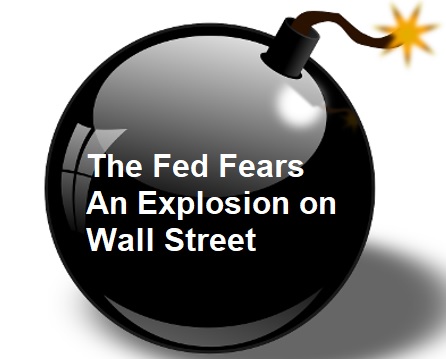 JPMorgan Chase is the largest bank in the United States with $1.6 trillion in deposits from more than 5,000 retail bank branches spread across the country. When it withdraws liquidity from the U.S. financial system, that has a reverberating impact.

But here’s the shocking news. According to its SEC filings, JPMorgan Chase is partly using Federally insured deposits made by moms and pops across the country in its more than 5,000 branches to prop up its share price with buybacks. The wording in the filing is as follows:

“In 2019, cash provided resulted from higher deposits and securities loaned or sold under repurchase agreements, partially offset by net payments on long-term borrowing…cash was used for repurchases of common stock and cash dividends on common and preferred stock.”

Had JPMorgan Chase not spent $77 billion propping up its share price with stock buybacks, it would have $77 billion more in cash to loan to businesses and consumers – the actual job of its commercial bank. Add in the tens of billions of dollars that other mega banks on Wall Street have used to buy back their own stock and it’s clear why there is a liquidity crisis on Wall Street that is forcing the Federal Reserve to hurl hundreds of billions of dollars a week at the problem.

On September 17, the overnight lending rate on repurchase agreements (repos) spiked from the typical 2 percent range to 10 percent, meaning some very big lenders such as JPMorgan Chase were backing away from lending. That forced the Federal Reserve to jump in as lender of last resort, the first time it has done that in any material way since the financial crisis.

Reuters reported further that JPMorgan’s draw down on its cash “accounted for about a third of the drop in all banking reserves at the Fed during the period.”

Millions of moms and pops across America who are going into their local branch of Chase to deposit some part of their paycheck each week for a rainy-day fund are doing so because they know the money is Federally-insured. Most have no idea that Chase is part of the sprawling global investment bank JPMorgan or that their deposits helped to make Jamie Dimon, the bank’s CEO, a billionaire through stock grants to him personally, stock buybacks to prop up the share price, and the bank’s own internal dark pool that trades in the stock of the bank — all while the Securities and Exchange Commission looks the other way.

What is particularly interesting about JPMorgan Chase’s stock buybacks is that the dollar amount increases consistently each year, almost guaranteeing a nice bump in the share price. That helps to explain why Jamie Dimon is the only CEO of a major Wall Street bank still at the helm of his bank since the financial crisis and despite the bank’s guilty pleas to three criminal felony counts leveled at the bank during his tenure by the U.S. Department of Justice. Just last month the precious metals trading desk at JPMorgan Chase was labeled a criminal enterprise by the U.S. Department of Justice and three of its traders were charged under the RICO statute, which is typically reserved for organized crime figures. (At least one more indictment in the same matter is expected to be handed down by prosecutors within the next 30 days according to a prosecutor’s remarks in a recent court hearing.)

Thomas Hoenig, then Vice Chair of the Federal Deposit Insurance Corporation (FDIC), sent a letter in July of 2017 to the U.S. Senate Banking Committee, making the following points:

In an incisive report in March of last year by Lenore Palladino, Senior Economist and Policy Counsel at the Roosevelt Institute, corporate buybacks of stock work like this:

Palladino has a pretty good idea of who is really benefiting from this market manipulation of share prices. She writes:

It was just this past June that the Federal Reserve rubber-stamped the massive stock buybacks at the mega banks on Wall Street as part of its annual stress-tests. But three separate federal agencies have criticized the Federal Reserve’s stress tests as being seriously flawed.

Now the Federal Reserve is reaping the outcome of its own hubris. Just last week the Fed announced it would be boosting its money spigot to Wall Street to the tune of $690 billion a week. Just this morning, it flung $76.583 billion at the Wall Street liquidity crisis.

Despite all of this, Congress has yet to schedule a hearing on the Fed’s actions and drill down into the root causes of the crisis. Senator Elizabeth Warren has, however, sent a letter to U.S. Treasury Secretary Steve Mnuchin and given him until this Friday to respond with details on what is causing the liquidity problems.