Fed’s Latest Plan for Bailing Out Wall Street Banks: Let Them Overdraft their Accounts at the Fed 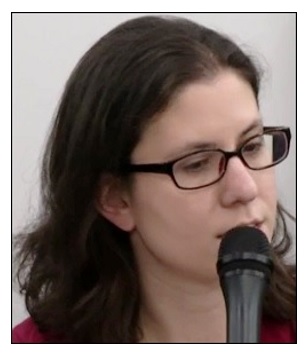 Yesterday, following the announcement of another 1/4 point interest rate cut by the Federal Reserve’s Open Market Committee, Fed Chairman Jerome Powell held a press conference at 2:30 p.m. It proved to be an embarrassing and shameful example of New York City-centric business journalism.

Seven business journalists from leading business news outlets that cover Wall Street asked questions in the first 23 minutes of the press conference. Not one of these reporters asked about the liquidity crisis on Wall Street that has resulted in the Fed offering $690 billion a week to 23 Wall Street securities firms and one foreign bank as well as a newly launched “don’t call it QE4” operation by the Fed to buy up $60 billion a month in Treasury bills from Wall Street dealers.

The Fed began its repo loan interventions on September 17 of this year for the first time since the financial crisis. That crisis grew into the worst economic collapse in the U.S. since the Great Depression. What the Fed is now doing has all the same earmarks as the actions it took in the early days of the last crisis. (See our ongoing series of articles on the Fed’s actions and the liquidity stresses on Wall Street.) And yet, despite these frightening similarities, not one of the following reporters (in this order of asking questions within the first 23 minutes of the press conference) could summon the nerve to broach the subject: Michael McKee, Bloomberg TV; Heather Long, Washington Post; Jeanna Smialek, New York Times; Steve Liesman, CNBC; Nick Timiraos, Wall Street Journal; Edward Lawrence, Fox Business; and Brendan Greeley, Financial Times.

It was not until the eighth reporter was handed the microphone that we heard a question on the most critical financial topic of the day.

Victoria Guida of Politico, calmly and confidently asked the Fed Chairman about its repo loans and the liquidity issues on Wall Street. Powell said this:

“In terms of the causes – so there’s a lot of forensic work going on by us and by market participants and all kinds of analysts. One thing is that we think we need reserves to be back up to the level, the minimum level of reserves, that we can have, during the various fluctuations that you see with reserves is something like $1.45 trillion or a little higher. And that’s the level in early September. So we’re going to be adding reserves to get back to that place. That’s one thing.

“There also, it may be – one thing that was surprising about the episode was that liquidity didn’t seem to flow as one might have expected. We had surveyed the banks carefully about what was their lowest comfortable level of reserves and many banks that were well above that level did not take that excess cash and invest it in the repo market at much higher rates. They didn’t do that and so the question is why and are there things that we could do that would – adjustments that we could make that would allow liquidity to flow more easily in the system without in any way sacrificing safety and soundness or financial stability. So we’re looking at those. Those are not things that can happen, really address the situation in the short term but those are a range of things that we’re looking at as well.”

This statement by the Fed Chairman suggests one of two things: he is completely clueless about what is currently happening on Wall Street or he is being egregiously dishonest with the American people. A CFO from a major Wall Street bank has already been quoted in the Financial Times that it did not step in to make repo loans when the overnight lending rate spiked to 10 percent on September 17 because it did not want to make loans to hedge funds. That explains clearly that Wall Street knows there are problems at hedge funds and it doesn’t want the exposure even on an overnight basis – meaning the best minds on Wall Street think one or more hedge funds could blow up overnight. (See New York Fed’s Repo Loans Are Foaming the Hedge Fund Runways.)

The Fed Chairman also clearly knows the problem is that four banks control a major portion of bank deposits in the U.S. and if those four banks decide to withdraw liquidity, they are effectively putting a gun to the Fed’s head to become the lender of last resort. As of June 30 the breakdown is as follows: JPMorgan Chase holds $1.6 trillion of deposits; Bank of America has $1.44 trillion; Wells Fargo has $1.35 trillion; and Citibank is home to just over $1 trillion. How much of those deposits is invested in toxic, illiquid assets is the critical question, just as it was in the last crisis.

Powell knows that if he even hinted at the idea of breaking up the big banks he would be out of a job very quickly so the real problem remains unaddressed by the U.S. central bank.

Almost at the end of the press conference, Nancy Marshall-Genzer of Marketplace, which is produced and distributed by American Public Media, also asked about “problems in the repo market” and liquidity at banks. Powell went over the same ground he had covered in answering the Politico reporter’s question but then he dropped this bombshell:

“You asked would we lower capital liquidity requirements because of this. I don’t think so. I don’t think that’s where this goes. I think where it may go, though, is to look at, for example, intraday liquidity. Which used to be a common thing, it used to be a common thing for banks to have intraday liquidity from the Fed, what are called ‘daylight overdrafts.’ That’s something we can look at. Also, there’s just a few technical things that we can look at that would perhaps make the liquidity that we have, which we think is ample in the financial system, move more freely and be more liquid, if you will. And those are things we would do but only if we can do it without compromising safety or soundness of our financial stability.”

Think about this: if a mom and pop customer at one of the commercial banks owned by the Wall Street mega banks over-drafted their checking account on a regular basis, they would be hit with big bounced check fees and/or have their account closed.

But the U.S. central bank sees nothing at all wrong with allowing the very same Wall Street mega banks, whose greed and corruption and insane levels of leverage collapsed both Wall Street and the U.S. economy just 11 years ago, over-draft their reserve accounts at the Fed.

This is just a sneaky maneuver that was clearly dreamed up by Wall Street banks to avoid the stigma of borrowing from the Fed’s discount window while also getting super cheap loans from the Fed that the public can’t see.