Wall Street to Come Under Scrutiny in September House Hearings 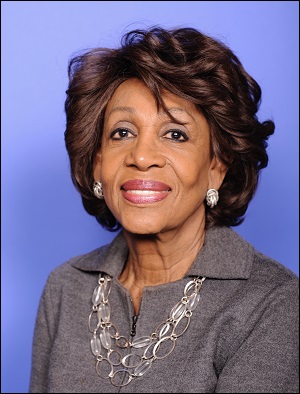 Maxine Waters, the Chair of the House Financial Services Committee, has announced a roster of hearings coming this September. Two of the hearing topics particularly caught our eye as both timely and critical.

On Tuesday, September 24, the Committee will hold a hearing titled: “Oversight of the Securities and Exchange Commission: Wall Street’s Cop on the Beat.” If Chair Waters wants to really open eyes as to what the SEC has become – Wall Street’s bad cop on the beat – she will invite the following individuals to give testimony that day: James Kidney, Darcy Flynn, Gary Aguirre, and Harry Markopolos.

Testimony from these individuals will show that while the SEC has, throughout its history, had dedicated and honest career attorneys who want to stop the crimes and corruption on Wall Street, there always seems to be a roadblock thrown in their way by the top management at the SEC – which has a habit of being plucked from Wall Street’s own go-to lawyers. (See SEC Nominee Has Represented 8 of the 10 Largest Wall Street Banks in Past Three Years and The Whites Go to the SEC: Why Wall Street Still Owns Washington.) 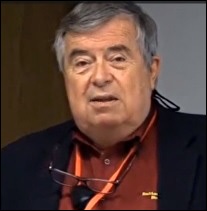 James Kidney was a 25-year career attorney at the SEC who retired in 2014. At his retirement party, Kidney delivered a deeply critical speech on upper management of the SEC. The speech went viral. Last October 12, Kidney delivered another blistering assessment of upper management at the SEC in a lecture at Lake Forest College outside of Chicago. He called the leadership of the SEC “self-serving cowards” who ignored big crimes on Wall Street because they were “looking to move on, to return to their Wall Street job.”

Kidney earns a full chapter in Jesse Eisinger’s book, The Chickenshit Club, which reveals that in 2001 Kidney had “won the agency’s Irving M. Pollack Award,” named after the original head of enforcement at the SEC, “for his dedication to public service.”

Then, in 2009, a Goldman Sachs case called Abacus was assigned to Kidney. Abacus was a collection of pooled mortgages that had been selected by the hedge fund John Paulson & Company because they were likely to fail. Goldman sold approximately $1 billion of the deal to investors, representing that it was a good investment despite knowing of Paulson’s role in selecting mortgages he planned to short on the expectation they would decline in value. Paulson made $1 billion in profits shorting the deal according to the SEC. The SEC settled the case against Goldman Sachs for $550 million and brought civil charges against a lowly salesman on the deal, Fabrice Tourre. Tourre was found guilty by a Manhattan jury on six out of seven fraud counts and agreed to pay more than $825,000 in fines. No charges were ever brought by the SEC against Paulson.

In his October lecture at Lake Forest College, Kidney reveals that his push to charge Paulson got him “bounced” from the case. After that, he says he was mostly given “small potato” cases that someone of his experience should not have been given. Kidney includes a slide in his lecture comparing Goldman Sachs to a snake oil salesman.

The Chickenshit Club includes excerpts of numerous documents on the Abacus case, including this memo from Kidney which argues that the SEC should have considered charging Paulson & Co., John Paulson as an individual, and others for the Abacus fraud:

“Each of them knowingly participated, as did Goldman and Tourre, in a scheme to sell a product which, in blunt but accurate terms, was designed to fail. An important part of the scheme was, of course, not to inform investors the product was designed to fail and, further, to lull them into confidence about the offering by promoting the participation of a supposed independent entity to select the underlying assets which dictated the performance of the offering. This was intentionally done to disguise the participation and veto authority of Paulson & Co. in selecting the assets. In other words, the current and possibly additional evidence suggests they should be sued for securities fraud because they are liable for securities fraud.”

Darcy Flynn and Gary Aguirre were also dedicated SEC attorneys. In 2011, Flynn explained to Congressional investigators and the SEC Inspector General that for at least 18 years, the SEC had been shredding documents and emails related to its investigations — documents that it was required under law to keep. Flynn told investigators that by purging these files, it impaired the SEC’s ability to see the connections between related frauds.

Gary Aguirre testified on June 28, 2006 before the U.S. Senate Committee on the Judiciary. Aguirre testified that during his final days at the SEC, he had wanted to serve a subpoena on John Mack, an executive at Morgan Stanley, to take testimony about his potential involvement in insider trading. Mack was protected; Aguirre was fired through a phone call while he was on vacation — just three days after Aguirre had contacted the Office of Special Counsel to discuss the filing of a complaint about the SEC’s protection of Mack.

Harry Markopolos was not an attorney for the SEC. He was a good public citizen who had, through his work as a financial expert, come across a compelling body of evidence that Bernard (Bernie) Madoff was running a Ponzi scheme. Markopolos sent detailed, written reports to the SEC in 2000, 2001, 2005, 2007 and 2008. The SEC ignored these explicit warnings. Madoff had become an important power broker on Wall Street which, apparently, the SEC did not want to take on.

The day after the House Financial Services Committee holds its hearing on the SEC, its Subcommittee on Consumer Protection and Financial Institutions will hold a hearing on September 25 titled: “Promoting Financial Stability: Assessing Threats to the U.S. Financial System.”

The biggest threat to the U.S. Financial System is, of course, the mega banks on Wall Street and their crony regulators like the New York Fed and the SEC whose top management is too busy worrying about their next high-paying job on Wall Street to rein in the deeply concentrated and interconnecting risks of these banking behemoths — the same concentrated risks that blew up the U.S. economy in 2008 and became the greatest financial crash since the Great Depression.

Until the U.S. Senate Banking Committee and the Senate’s Permanent Subcommittee on Investigations join the House Financial Services Committee in acknowledging where the greatest financial threat to the U.S. is coming from and hold meaningful investigative hearings, we are all just a heartbeat away from the next epic crash on Wall Street.