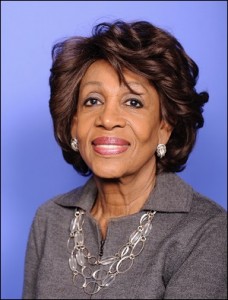 In response to the stunning announcement from Facebook that it is planning to launch a cryptocurrency, Congresswoman Maxine Waters, the Chair of the House Financial Services Committee, issued the following statement yesterday:

“Facebook has data on billions of people and has repeatedly shown a disregard for the protection and careful use of this data. It has also exposed Americans to malicious and fake accounts from bad actors, including Russian intelligence and transnational traffickers. Facebook has also been fined large sums and remains under a Federal Trade Commission consent order for deceiving consumers and failing to keep consumer data private, and has also been sued by the government for violating fair housing laws on its advertising platform.

“With the announcement that it plans to create a cryptocurrency, Facebook is continuing its unchecked expansion and extending its reach into the lives of its users. The cryptocurrency market currently lacks a clear regulatory framework to provide strong protections for investors, consumers, and the economy. Regulators should see this as a wake-up call to get serious about the privacy and national security concerns, cybersecurity risks, and trading risks that are posed by cryptocurrencies. Given the company’s troubled past, I am requesting that Facebook agree to a moratorium on any movement forward on developing a cryptocurrency until Congress and regulators have the opportunity to examine these issues and take action. Facebook executives should also come before the Committee to provide testimony on these issues.”

Facebook’s Experiment and its CIA Roots

Has Facebook and Cambridge Analytica Put Democracy at Risk in Both the U.S. and U.K.?