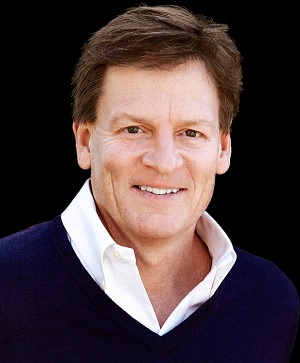 What the Financial Crisis Inquiry Commission (FCIC) wanted to see the U.S. Justice Department pursue was a potential criminal prosecution of Stan O’Neal, the CEO of Merrill Lynch in the leadup to the financial crisis, and its then CFO Jeffrey Edwards, for “making materially false and misleading representations and omissions about (a) Merrill’s exposure to retained CDO positions, (b) the value of those positions and (c) the firm’s risk management.” The FCIC also believed that Merrill had lied “in the offering documents for its $1.5 billion Norma CDO that was sold to investors in March of 2007.”

A CDO is a Collateralized Debt Obligation which can be stuffed with about anything but during the 2006-2007 period was typically stuffed with subprime mortgages or synthetics linked to subprime mortgages. It was Wall Street’s cash cow and through what amounted to pay-to-play relationships with the credit ratings agencies, these CDOs received AAA-ratings that were eventually downgraded to junk and traded at pennies on the dollar.

The FCIC voted in favor of making a criminal referral of these Merrill matters in October of 2010 and relayed a detailed Memorandum to the Justice Department. (Read the full Memorandum here.) The FCIC relayed its final report to Congress and the public on January 27, 2011. Unfortunately, the public knew nothing about this criminal referral of Merrill Lynch execs and other Wall Street executives until March of 2016 when the National Archives and Records Administration released thousands of sealed documents from the FCIC’s work.

Much has been written about Goldman Sach’s dirty dealings in its Abacus deal, where it had allowed hedge fund Paulson & Co. to select subprime instruments likely to fail, knew it was shorting the deal, while selling the investment as a good deal to other investors. The SEC estimated that investors lost more than $1 billion in the deal while Paulson made $1 billion. Goldman paid $550 million to settle civil charges; Paulson didn’t even get fined; and a lowly Goldman salesman named Fabrice Tourre took the fall for the whole firm. Tourre was found guilty in a civil trial and fined $825,000.

The FCIC stated in its referral to the U.S. Justice Department that it found what Merrill was doing very similar to the Abacus deal. The FCIC wrote:

“The circumstances surrounding Merrill’s conduct in the Norma CDO are similar to Goldman’s alleged conduct in the Abacus 2007-AC1 CDO that resulted in the SEC lawsuit and subsequent $550 million settlement.”

Just as in the case of Goldman’s Abacus, the Justice Department never brought charges against Merrill in the Norma CDO matter where another hedge fund, Magnetar, played a similar role to that of Paulson & Co. in the Abacus deal. And even though the Norma CDO was a $1.5 billion deal, the SEC imposed a preposterously tiny fine of $131.8 million against Merrill despite having a ton of smoking-gun emails suggesting a full blown Merrill conspiracy to defraud. In one July 2006 email, for example, one co-head of Merrill’s CDO department wrote to the other co-head:

“ ‘[l]et’s propose to Magnetar that they do the same strategy in CLOs [i.e. collateralized loan obligations] that they r doing in ABS CDOs . . . They take the equity, we work for less, we get mgrs [i.e. collateral managers] who they select to work for less and they can short BBB rated CLOs into the deal.’ That same month, Co-Head Two noted in an email to Co-Head One that Magnetar was ‘[b]asically putting on no trigger equity – only to get positive carry to use versus their shorts (including BBB rated ABS CDOs).’ ”

And very similar to the lowly Fabrice Tourre becoming the fall guy at Goldman, the collateral manager in another Merrill-Magnetar deal, Harding Advisory LLC and Wing Chau, took the heat, allowing the SEC to perpetuate the illusion with the public that it was actually doing something to rein in the crime syndicate on Wall Street.

Also buried within the FCIC’s voluminous document troves are what two very prominent men thought about Merrill Lynch’s CDO business and its role in the worst financial crash since the Great Depression.

Two of the men closely connected to The Big Short movie, which chronicled the rise and collapse of CDOs, were Michael Lewis, author of the book by the same name, and Steve Eisman, the FrontPoint hedge fund manager who made a fortune shorting subprime debt as well as shorting some of the biggest firms on Wall Street. Much of the book and movie relate to Eisman. 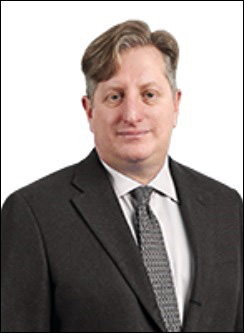 Lewis and Eisman have three things in common: they are both veterans of Wall Street; they both testified before the Financial Crisis Inquiry Commission that investigated the crash and its criminal elements; and they both had strikingly harsh words for Merrill Lynch – a company that has mostly managed to slither into the shadows when it comes to its significant role in the crisis. (Instead of being criminally prosecuted, Merrill received secret revolving loans from the Federal Reserve totaling $1.775 trillion cumulatively, while frequently offering junk bonds and stock as collateral to the Fed – both of which were in a market free-fall at the time.)

Lewis writes with the authority of a man who knows his way around a trading floor. He got his start at Salomon Brothers as a bond salesman and memorialized that experience in the bestselling classic “Liar’s Poker.” He’s been chronicling Wall Street crimes ever since in books and articles, including “The Big Short,” published in 2010 and released as a movie in 2015, and the 2014 bestseller “Flash Boys,” on the insidious operations of high frequency traders.

The memorandum on the FCIC’s interview with Lewis on March 4, 2010 reveals that Lewis told the Commission that the “Merrill Lynch CDO machine was bigger, and produced CDOs of vastly inferior quality, to those of the other banks.” Equally provocative, there is the redacted name of a person in the CDO structuring department at Merrill Lynch whom Lewis says “designed securities in the tens of billions of dollars that were ‘designed to blow up and be misunderstood by the market.’ Lewis refers to this individual as a “sinister” figure.

The vast size of Merrill’s CDO machine is also substantiated in the final report of the FCIC. It states:

“Merrill swamped the competition, originating a total $38.9 billion in mortgage-related CDOs in 2006, while the second-ranked firm, Morgan Stanley, did only $21.3 billion, and earning another first-place ranking in 2007 on the strength of the CDO machine [Chris] Ricciardi had built…

“To keep its CDO business going, Merrill pursued three strategies, all of which involved repackaging riskier mortgages more attractively or buying its own products when no one else would. Like Citigroup, Merrill increasingly retained for its own portfolio substantial portions of the CDOs it was creating, mainly the super-senior tranches, and it increasingly repackaged the hard-to-sell BBB-rated and other low rated tranches of its CDOs into its other CDOs…”

Ricciardi left Merrill in February 2006. He was interviewed by the FCIC and told them that while at Merrill he directly reported to Mac Taylor and that his own direct reports were Harin de Silva and Lars Norell. A news item at the time of the hiring of de Silva and Norell in March of 2003 said that they were joining Merrill to “originate and structure CDOs across a range of asset classes.” Ricciardi, de Silva and Norell all worked at Credit Suisse immediately prior to joining Merrill Lynch. The SEC’s complaint noted that Chau had “worked with Ricciardi at Prudential Securities in the early days of multisector CDOs.”

Steve Eisman, the FrontPoint manager portrayed in The Big Short movie by Steve Carell under the character name of Mark Baum, testified as follows to the FCIC about Merrill’s collateral manager, Wing Chau.

“Wing Chau was a beard. I think all CDO managers were beards for their firms. Firms create a CDO – I think what happened was [that they] created CDOs and found it hard to sell it to investors. So they said, ‘ah, we’ll find a manager, if there’s a manager, it’ll be easier to sell. I think Wing Chau was the beard of Merrill Lynch. I would look at all Wing Chau deals, and I bet they were all created by Merrill Lynch. Generally, they stuffed ‘em, and he was happy to have it stuffed… [The CDO managers] are paid as part of the yield. He [Mr. Chau] was running $15 billion worth of stuff, he did not own any tranches of the deals, and he made 15 basis points to ‘manage’ the deal. That just meant he’d buy more stuff. CDO managers were not real people, they were whores.”

The Dodd-Frank financial reform legislation, heavily influenced by Wall Street’s lobbyists and law firms, was signed into law on July 21, 2010. The details of the unprecedented trillions of dollars secretly funneled by the Federal Reserve to resuscitate the criminal enterprises on Wall Street would not be released in the GAO audit until July 21, 2011. The FCIC’s report on its investigation of the Wall Street collapse would not be released to the public until January 27, 2011. And the deep trove of smoking-gun documents and criminal referrals would not be released to the public by the National Archives until March of 2016 — eight long years after the crash when the public’s memories of the details had blurred and outrage had significantly subsided.

In effect, reforming Wall Street has been hobbled by what looks like a well-orchestrated  strategy to diffuse and deflect.