These Stock Market Charts Should Give You Pause

When you’ve studied stock market charts for three decades, you can’t help but notice that something very peculiar has been happening to the U.S. stock market in recent years. Rather than taking off at the opening bell and holding an upward bias or a downward bias for the balance of the trading day – the way stock markets historically behave – the Dow Jones Industrial Average frequently spends the morning hours rotating between sharp upward spikes and big drops as if an invisible force (say an algorithm, for example, operating in the futures market) has the controls. To see what we mean, take a look at the two charts below: one from March 27, 2018 and one from May 16, 2018. 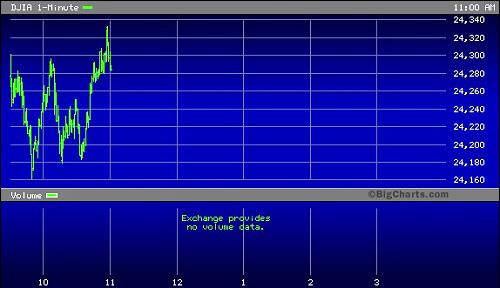 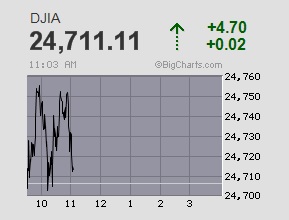 The same thing happened in the market yesterday combined with one more frequent oddity. The Dow Jones Industrial Average includes companies with 50-year and 100- year performance and earnings records. The Nasdaq contains many young companies that could easily implode; companies with lofty (read bubble) valuations; and companies with highly volatile earnings or no earnings at all. The Dow Jones Industrial Average should not be trading as if it’s a clone of the Nasdaq, but it does that a lot. See yesterday’s chart below and one from February 8, 2018 as examples of a fairly common occurrence. 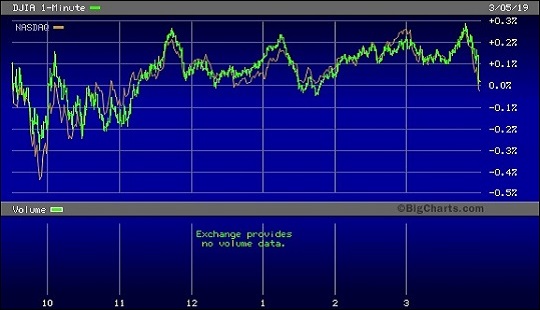 These kinds of chart patterns should warrant the attention of the Senate Banking and House Financial Services Committees. Given that Michael Lewis in his book, Flash Boys, raised ample evidence of a rigged market; given that major Wall Street banks have pleaded guilty to rigging other markets; and given the numerous warnings Wall Street On Parade has raised about the mega banks’ Dark Pool operations, it is nothing short of dereliction of duty for Congress to continue to look the other way at the dangers continuing to build within Wall Street’s disfigured trading structure.