If You’re Looking for Private Capital for Your Business, This Book’s for You 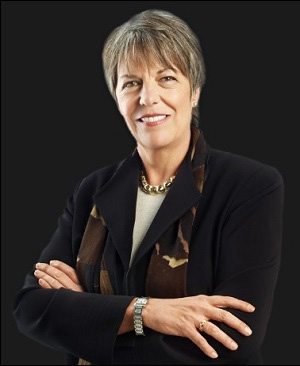 There’s a new book coming on February 5 from the HarperCollins Leadership imprint – and it’s a critical subject for every American, even if you’ve never before thought about starting your own business. That’s because America is losing its dynamism in creating new businesses, as we’ll discuss later in this article.

Written by Judy Robinett, Crack the Funding Code: How Investors Think and What They Need to Hear to Fund Your Startup is the how-to guide for young business owners to tap into private capital sources like angel investors or venture capitalists.

There are key sections in the book on how to find the people who can help you, how to write a solid business plan, financial statement and projections, and a compelling pitch. Equally important for the unsophisticated but creative entrepreneur, the book offers sound advice on hiring a lawyer to evaluate the deal’s terms and when to say no and walk away from potential outside investors.

When to say “no” to private capital is one of the most important decisions an entrepreneur needs to make. The book offers this, among numerous other considerations: “…you need to make sure that the percentage of equity your investors are asking for makes sense. Especially as you get into later funding rounds, be aware that you might be making a ‘devil’s bargain’ by giving away too much equity just to keep the doors open.”

For those not into the potential for a Faustian bargain, a Federal agency, the Small Business Administration, offers a wealth of assistance to help young businesses get up and running. Borrowing from parents, when possible, may also provide a far safer route, since they are usually heavily invested in seeing you succeed with far less of a greed incentive.

Creating new businesses needs to be something that every engaged American thinks about. The Brookings Institution explains why:

“Competition is the basis of a market economy. It forces businesses to innovate to stay ahead of other firms, to keep prices as low as they can to attract customers, and to pay sufficient wages to avoid losing workers to other firms. When businesses vie for customers, prices fall and economic output increases. When businesses hire workers away from each other, wages rise and workers’ standard of living improves. And as unproductive firms are replaced by innovative firms, the economy becomes more efficient.”

In a study conducted by Brookings last year, it found the following troubling trend:

“The decline in entrepreneurship of highly educated individuals may be of concern given that these individuals are far more likely to engage in patenting, and having some form of intellectual property makes it more likely that a firm will become a high-growth start-up (Guzman and Stern 2016).”

Clifton offers a solid thesis on why America’s crisis in creating new businesses is a well-kept secret. He writes:

“My hunch is that no one talks about the birth and death rates of American business because Wall Street and the White House, no matter which party occupies the latter, are two gigantic institutions of persuasion. The White House needs to keep you in the game because their political party needs your vote. Wall Street needs the stock market to boom, even if that boom is fueled by illusion.”

The big illusion back in the late 90s was that all of those dot.coms that skyrocketed on their first day of trading had legitimate business plans that had been properly vetted by the big Wall Street investment banks that were bringing them to the public stock markets. As we later learned after the bust, analysts at those investment banks were calling the companies “dogs” and “crap” in internal emails while lauding their growth prospects in “research” announcements to the public.

Today’s illusion is that companies can grow their businesses by buying back their own shares instead of investing in the future of their business. And no industry is turning share buybacks into an obscene art form better than the mega banks on Wall Street. These banks control the majority of deposits in the U.S. that should be going toward making prudent business loans and fueling the creation of new companies across America.

In a July 31, 2017 letter to the Chair and Ranking Member of the U.S. Senate Banking Committee, Thomas Hoenig, then Vice Chair of the Federal Deposit Insurance Corporation, warned that the big banks on Wall Street have lied to the public about overly stringent capital rules limiting their ability to lend to consumers and businesses. Hoenig said that what’s really going on is that the 10 largest banks “will distribute, in aggregate, 99 percent of their net income on an annualized basis,” by paying out dividends to shareholders and buying back excessive amounts of their own stock.

Hoenig concluded that the banks are starving the U.S. economy and noted that if “the 10 largest U.S. Bank Holding Companies were to retain a greater share of their earnings earmarked for dividends and share buybacks in 2017 they would be able to increase loans by more than $1 trillion, which is greater than 5 percent of annual U.S. GDP.”

The U.S. is heading in the wrong direction on so many other fronts that Americans have become overwhelmed in deciding what to fight for. Directing our attention to the decline in small business startups has to move back to the top of our battleground lists. Breaking up the big Wall Street banks, and their concentration of deposits, is the best place to begin that battle.