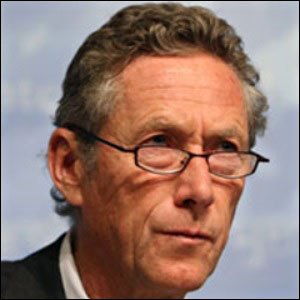 There is now a growing chorus of people trying to legitimize the U.S. central bank, the Federal Reserve, having the option of buying stocks in the next financial crisis. This is such a stunning and dangerous development that it deserves to be on the front page of every newspaper in America – before President Donald Trump attempts to sign an Executive Order authorizing it. (We’re only half-joking about that.)

This is the highly suspicious timeline of the clamor to give the Fed carte blanche to do as it pleases when Wall Street blows itself up again:

Tuesday, September 4, 2018: JPMorgan Chase sends a research report to its clients which includes this statement from Marko Kolanovic, a Senior Analyst at the bank:

“It remains to be seen how governments and central banks will respond in the scenario of a great liquidity crisis. If the standard interest rate cutting and bond purchases do not suffice, central banks may more explicitly target asset prices (e.g., equities). This may be controversial in light of the potential impact of central bank actions in driving inequality between asset owners and labor.”

Saturday, September 8, 2018: The Federal Reserve Bank of Boston holds day two of its 62nd Economic Conference. The former Chief Economist of the International Monetary Fund (IMF), Olivier Blanchard, now a Senior Fellow at the Peterson Institute, also endorses the Fed being able to buy up stocks in the open market during a financial crisis. According to reporting at the Dow Jones news outlet, MarketWatch, Blanchard made the following remarks: the Fed could double its balance sheet and “nothing terrible would happen.” The best policy would be to buy stocks which “could do the trick and could work even better than buying long bonds.”

The Fed currently has a $4.28 trillion balance sheet left over from its last Wall Street bailout buying binge, which means that Blanchard is suggesting the Fed could balloon its balance sheet to more than $8 trillion by creating money out of thin air; use that money to buy up some of the most inflated stocks in the history of markets (because of the massive use of corporate stock buybacks) – thus shoring up the stock options of the CEOs of those companies and bailing out hedge fund speculators; destroy the stock market as an efficient pricing mechanism; create an enshrined culture of bailouts on Wall Street and yet “nothing terrible would happen” according to Blanchard.

Sunday, September 9, 2018: The trio that masterminded the largest Wall Street bank bailouts in history pen an OpEd at the New York Times asking to have the clips removed from the wings of the Federal Reserve so that it can fly into even more uncharted waters in the next crisis. Former Federal Reserve Chairman Ben Bernanke, former New York Fed Bank President/U.S. Treasury Secretary Tim Geithner, and former U.S. Treasury Secretary Hank Paulson ask to repeal the 2010 Dodd-Frank legislative restrictions that were placed on the Fed writing: “Congress has taken away some of the tools that were crucial to us during the 2008 panic. It’s time to bring them back.”

Those “tools” included the Fed making $16.1 trillion in secret, almost zero-interest loans to Wall Street banks, including some that were insolvent at the time, without any awareness by Congress that this was occurring. It included the Fed loaning $2.5 trillion to Citigroup, which was insolvent at the time. It included the Fed authorizing some Wall Street banks to borrow from the Fed and then sluice billions of dollars of that money into their non-banking functions at their brokerage firms; and it came on top of the Fed allowing a derivatives nightmare to mushroom on Wall Street and then explode without the Fed taking any regulatory actions to stop the build up.

Section 1101 of the Dodd-Frank financial reform legislation mandates that the Fed cannot lend funds to a bank that is insolvent. It also bars the Federal Reserve from keeping its actions secret from Congress. The OpEd trio apparently doesn’t want anyone looking over the shoulder of the Fed in the next crisis.

To use a phrase that may well become the slogan of this unprecedented financial and political era: none of this is normal thinking.