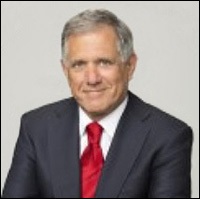 A few minutes before midnight last night, CBS News announced that the Board of its parent corporation, CBS Corp., was putting two outside law firms in charge of investigating the sexual harassment allegations against its Chairman and CEO, Leslie (Les) Moonves and other executives in its CBS News division. Those two law firms are Covington & Burling and Debevoise & Plimpton.  According to the statement from CBS, the investigation at Covington & Burling “will be led by Nancy Kestenbaum and at Debevoise & Plimpton it will be led by Mary Jo White.” The selection of Mary Jo White is not likely to instill confidence among institutional holders of CBS stock who are familiar with her tenure as Chair of the Securities and Exchange Commission (SEC) during the Obama administration.

The sexual allegations were revealed in an in-depth article by Ronan Farrow at The New Yorker magazine, who won a Pulitzer Prize for his earlier reporting on the Harvey Weinstein sexual assault scandal. Debevoise & Plimpton was also hired by the Weinstein Company Board to investigate the allegations against Weinstein, but its work was cut short when the Weinstein Company ran out of cash and filed for bankruptcy in March. The investigation was further rendered moot when prosecutors filed charges against Weinstein.

CBS is a publicly-traded company on the New York Stock Exchange. On the day Farrow’s article broke, Friday, July 27, the stock of CBS opened at $57.80 and closed at $54.01. Volume in the stock went from 1.5 million shares the day prior to the news to 15.4 million shares on the day the news broke. CBS stock opened this morning at $52.45, potentially registering shareholder discomfort that the Board is allowing Moonves to remain at the company while the outside law firms investigate – a dangerous move at best for guaranteeing an unobstructed investigation.

Debevoise is not exactly an independent arbiter in the matter. It was selected in 2016 to represent Viacom in a potential merger with CBS. The merger did not happen in 2016 but if and when it does happen, the advising law firm would likely reap a windfall in legal fees. The Sumner Redstone family controls roughly 80 percent of the shares of both CBS and Viacom through its holding company, National Amusements Inc., and has been in a protracted court battle with the CBS Board this year over its effort to dilute the Redstones’ control. Sumner Redstone’s daughter, Shari, sits as a Vice President on the CBS Board.

In a court filing, lawyers for CBS described Moonves’ importance to the corporation as follows:

“CBS’s management team, led by Leslie Moonves (CEO and Chairman), is one of the most accomplished and successful in the media business. In a demanding and rapidly changing marketplace, the Moonves-led team articulated a strategic plan, executed on that plan and consistently delivered superior results. Nevertheless, Ms. [Shari] Redstone has acted to undermine the management team, including, without board authority, talking to potential CEO replacements, deriding the Chief Operating Officer and threatening to change the Board…Most recently, Ms. Redstone has once again proposed a CBS/Viacom merger which the Special Committee — formed with plenary authority to address the merger proposal — has concluded is not in the best interests of CBS and its stockholders.”

In a recent court filing, National Amusements has accused CBS executives of using a self-destructing messaging app to destroy potentially important evidence in the case. CBS has admitted to using the app, called Tiger Text, but said it was for cybersecurity reasons.

Mary Jo White’s history at the SEC makes her a less than spotless candidate for regaining the public’s confidence that the investigation will be conducted in a manner that is fair to the women. Shortly after  White was nominated to become Chair of the SEC by President Obama on January 24, 2013, she filed an ethics disclosure letter indicating that she would “retire” as a partner (who represented Wall Street banks) at Debevoise & Plimpton. White gave this promise in very specific detail, writing:

“Upon confirmation, I will retire from the partnership of Debevoise & Plimpton, LLP. Following my retirement, the law firm will not owe me an outstanding partnership share for either 2012 or any part of 2013. As a retired partner, I will be entitled to the use of secretarial services, office space and a blackberry at the firm’s expense. For the duration of my appointment, I will forgo these three benefits, though I may pay for some secretarial services at my own expense. Pursuant to the Debevoise & Plimpton, LLP Partners Retirement Program, I will receive monthly lifetime retirement payments from the firm commencing the month after my retirement. However, within 60 days of my appointment, the firm will make a lump sum payment, in lieu of making monthly retirement payments for the next four years. Within 60 days of my appointment, I also will receive payouts of my interest in the Debevoise & Plimpton LLP Cash Balance Retirement plan and my capital account.”

Despite that promise, when White stepped down from the SEC at the end of Obama’s term in early 2017, it was only a few weeks before Debevoise announced her return, writing that her “practice will focus on counseling boards of directors and representing clients on significant and sensitive matters, including companies facing crises involving multi-faceted government investigations and cases.”

The fact that both Mary Jo White and her husband, John White, a law partner at Cravath, Swaine & Moore LLP had represented between them almost every major Wall Street firm did not persuade the Senate Banking Committee (many of whom receive significant campaign financing from Wall Street) to sink White’s nomination. The Committee voted 21-1 to approve her nomination. The lone dissenter, Senator Sherrod Brown, stated:

“At a time when our Attorney General says that the biggest Wall Street banks are in many ways above the law and the SEC is blocking shareholders’ efforts to break up the banks that they own, we need regulators who will fight every day for taxpayers, Main Street investors, and retirees. But too often we have seen public servants who settle for the status quo, instead of demanding accountability. I don’t question Mary Jo White’s integrity or skill as an attorney. But I do question Washington’s long-held bias towards Wall Street and its inability to find watchdogs outside of the very industry that they are  meant to police. Mary Jo White will have plenty of opportunities to prove me wrong. I hope she will.”

During White’s tenure at the SEC, a 25-year veteran trial lawyer at the agency, James Kidney, retired in March 2014. At his retirement party, he delivered a less than glowing critique of SEC management. Kidney said that “On the rare occasions when Enforcement does go to the penthouse, good manners are paramount. Tough enforcement – risky enforcement – is subject to extensive negotiation and weakening.” White had selected her Enforcement Chief at the SEC, Andrew Ceresney, from the ranks of Debevoise & Plimpton partners. He also returned to the law firm. 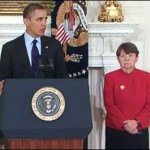 By June of 2015, White’s management of the SEC had so outraged Senator Elizabeth Warren that she sent her a damning 13-page critique of her performance. Warren called out White’s failure to finalize rules requiring disclosure of the ratio of CEO pay to the median worker; her continuing use of waivers for companies that violate securities law; the SEC’s continued practice of settling the vast majority of cases without requiring meaningful admissions of guilt; and White’s repeated recusals from investigations because of her prior employment and her husband’s current employment at law firms representing Wall Street.

The New York Times reported in 2015 that the conflicts of White and her husband had resulted in her recusing herself “from more than four dozen enforcement investigations.”

Farrow’s article paints a portrait of a CBS Board that coddled Moonves, indicating that in 2017 Moonves had “earned nearly seventy million dollars, making him one of the highest-paid corporate executives in the world.” According to SEC filings we checked, Moonves has been with CBS since 1995. Farrow reports further on Moonves’ conduct:

“Four [of the women] described forcible touching or kissing during business meetings, in what they said appeared to be a practiced routine. Two told me that Moonves physically intimidated them or threatened to derail their careers. All said that he became cold or hostile after they rejected his advances, and that they believed their careers suffered as a result. ‘What happened to me was a sexual assault, and then I was fired for not participating,’ the actress and writer Illeana Douglas told me.”

Farrow also details a wider pattern of abuse at the company, writing as follows:

“During Moonves’s tenure, men at CBS News who were accused of sexual misconduct were promoted, even as the company paid settlements to women with complaints. It isn’t clear whether Moonves himself knew of the allegations, but he has a reputation for being closely involved in management decisions across the network. Some of the allegations, such as those against the former anchor Charlie Rose, as reported by the Washington Post, have already become public. Other claims are being reported here for the first time. Nineteen current and former employees told me that Jeff Fager, the former chairman of CBS News and the current executive producer of ‘60 Minutes,’ allowed harassment in the division. ‘It’s top down, this culture of older men who have all this power and you are nothing,’ one veteran producer told me. ‘The company is shielding lots of bad behavior.’ ”

Will Mary Jo White deliver a report the public can trust? What she has to watch out for this time around is a Pulitzer-bearing pit bull named Ronan Farrow who likely has a lot more ammunition to add to the fire if there’s a coverup.

As for the other law firm, Covington & Burling, that’s the law firm that covered up the crimes of big tobacco for four decades, according to a decision handed down by Federal Court Judge Gladys Kessler in 2006. Its law partner, Eric Holder, became U.S. Attorney General in the Obama administration and failed to prosecute any top executive at any major Wall Street firm for the conduct that led to the greatest financial crash since the Great Depression. Covington & Burling held his corner office open for him until he returned.