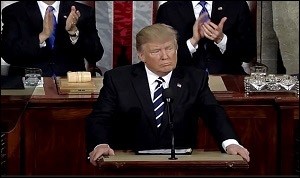 It has been soundly demonstrated that the President of the United States has a knowledge vacuum in proper presidential decorum, diplomacy, and accepted norms of behavior. Just yesterday the President Tweeted that a former black female colleague in the White House, Omarosa Manigault Newman, is a “crazed, crying lowlife” and a “dog.”  On June 25, the President Tweeted that a sitting black female member of Congress, Maxine Waters, is “an extraordinarily low IQ person,” despite her being elected to 14 consecutive terms to the House of Representatives.

There’s a serious danger that the current occupant of the Oval Office defines American etiquette so far down that we are shunned by enlightened countries as a backward, rogue nation. America has already gone rogue in withdrawing from the Paris Climate Accord, the United Nations Human Rights Council, and the Iran nuclear deal. And to the horror of the civilized world, the Trump administration is refusing to hear asylum applications from immigrants at our Southern border, ripping the children and infants from those parents, and effectively orphaning the children by deporting the parents.

At the very least, this era in American presidential history will be written about for centuries by scholars attempting to understand how the American people let this happen and why Congress failed to censure the President as his conduct went from unseemly to unthinkable.

But the biggest danger to Americans is that as this daily theater of deviance in the Trump administration commands the media’s attention, the hard investigative work into the dangers building on Wall Street goes unmet.

This year marks the 10th anniversary of the worst crash of the U.S. financial system since the Great Depression, and yet, the worst contributors to that crash have yet to be meaningfully reformed. We’re talking about over-the-counter (OTC) derivatives.

The Financial Crisis Inquiry Commission said this in its official report on the crisis:

“More than 30 years of deregulation and reliance on self-regulation by financial institutions, championed by former Federal Reserve chairman Alan Greenspan and others, supported by successive administrations and Congresses, and actively pushed by the powerful financial industry at every turn, had stripped away key safeguards, which could have helped avoid catastrophe. This approach had opened up gaps in oversight of critical areas with trillions of dollars at risk, such as the shadow banking system and over-the-counter derivatives markets.”

One of the largest insurers in the world, AIG, blew up in 2008 because of those OTC derivatives. It required a $185 billion taxpayer backstop, while its Board paid multi-million dollar bonuses to its executives. More than half of the taxpayer bailout money went in the front door of AIG and out the backdoor to the largest banks on Wall Street and hedge funds to pay off derivative bets and securities loans. Public pressure eventually forced AIG to release a chart of these payments, but the chart showed just a narrow window of disbursements from September to December 2008.

The chart shows that Goldman Sachs received $12.9 billion of the bailout funds; Societe Generale received $11.9 billion; Merrill Lynch and its U.S. banking parent, Bank of America, received a combined $11.5 billion; the British bank, Barclays, received $8.5 billion; Citigroup got another backdoor bailout of $2.3 billion from AIG (on top of its separate and unprecedented taxpayer bailout of more than $2 trillion in loans, asset guarantees and equity infusions from the government), to name just a few of the big banks.

It’s a  good bet that Donald Trump, who is encouraging further de-regulation of the financial industry, has not read the 2017 Financial Stability Report from the Office of Financial Research (OFR). In fact, his administration sacked 40 employees of that small agency last week after gutting its budget by 25 percent.

“…some of the largest insurance companies have extensive financial connections to U.S. G-SIBs [Global Systemically Important Banks] through derivatives. For some insurers, evaluating these connections using public filings is difficult. Insurance holding companies report their total derivatives contracts in consolidated Generally Accepted Accounting Principles (GAAP) filings. Insurers are required to report more extensive details on the derivatives contracts of their insurance company subsidiaries in statutory filings, including data on individual counterparties and derivative contract type. But derivatives can also be held in other affiliates not subject to these statutory disclosures, resulting in substantially less information about some affiliates’ derivatives than required in insurers’ statutory filings.”

In other words, regulators have no idea if there is another AIG-style implosion lurking on the horizon.