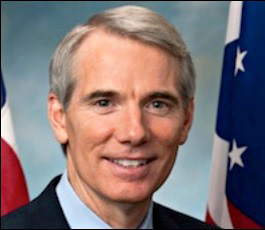 There’s a very good reason that major Wall Street frauds haven’t been in the headlines of late. It’s certainly not because those frauds aren’t taking place at this very moment all across Wall Street and its stealthy operations in London. It’s also not simply that the U.S. Justice Department is consumed with Russian spies and the President of the United States remains obsessed with Hillary Clinton’s email server.

It’s because the major investigative body of Wall Street in the U.S. Senate, the Permanent Subcommittee on Investigations, has been turned into a sleepy little backwater that has held only two hearings this year and only three during all of last year and not one of those hearings has focused on Wall Street crime. One hearing was on government red tape; two were on opioids; and two were on sex traffickers. Those are important issues but it’s critical to not lose sight of the fact that it was Wall Street corruption that brought the U.S. to the precipice of financial collapse just a decade ago, and, as Senator Bernie Sanders likes to remind us, Wall Street’s business model continues to be a business model of fraud.

Democratic Senator Carl Levin of Michigan preceded Portman as Chair of PSI. Levin retired from Congress, after 36 years, at the end of 2014. In just the last two years of his tenure as Chair, Senator Levin investigated high frequency trading, released a 396-page report on the Wall Street mega banks’ ownership of a staggering amount of the nation’s industrial commodities like oil, aluminum, copper, natural gas, and even uranium. The investigative study called the scale of these bank holdings “unprecedented in U.S. history.” In July of 2014, Senator Levin released an investigative report on a complex plot by financial institutions to evade taxes.

In 2013, Senator Levin’s PSI released a 307-page report on the hundreds of billions of dollars in derivatives trading in London by JPMorgan Chase, which gained the moniker the “London Whale” and resulted in a loss of at least $6.2 billion of JPMorgan Chase’s bank deposits, much of which were FDIC-insured and back-stopped by the U.S. taxpayer. The exhaustive report led to a $920 million settlement by JPMorgan Chase with findings that it had violated both banking and securities laws. This conduct came just four years after the greatest Wall Street crash since the Great Depression.

BloombergBusiness wrote at the time of the first hearing under Portman in 2015:

“A U.S. Senate investigative subcommittee, which has used its power for more than a decade to scrutinize corporations and financial institutions for wrongdoing, is shifting its focus to keeping tabs on the government.

“The U.S. Senate Permanent Subcommittee on Investigations is slated to hold its first hearing under new leadership on Thursday with a dive into the U.S. corporate tax code. That topic is in line with the priorities laid out by the committee’s new chairman, Ohio Republican Rob Portman, who says he views its role as ‘primarily oversight of the federal government, agencies and departments.’ ”

Dismantling government regulations may be what Wall Street and the Koch brothers’ want Portman to do but it’s not what its mandate requires it to do. According to PSI’s own website, its mandate includes the following: “…investigating all aspects of crime and lawlessness within the United States which have an impact upon or affect the national health, welfare and safety, including syndicated crime, investment fraud schemes, commodity and security fraud, computer fraud, and the use of offshore banking and corporate facilities to carry out criminal objectives.”

The American people are being ill-served with Portman heading this vital Senate subcommittee.