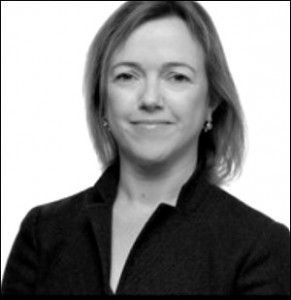 Donald Trump has been struggling for weeks to add fire power to his legal team. Then, somehow, last Wednesday, Trump was able to hire a woman considered by Wall Street to be a legal dynamo. The hire came just a few days after Trump’s personal lawyer, Michael Cohen, saw his home, office, hotel room, safety deposit box and electronic devices raided by the FBI under the direction of the U.S. Attorney’s office for the Southern District of New York (SDNY) – Wall Street’s official stomping ground. The case was referred to the SDNY by Special Counsel Robert Mueller according to court documents filed in the matter.

Trump has intervened in the Cohen court case in the SDNY via his new lawyer, Joanna Hendon, herself a former Assistant U.S. Attorney for the SDNY. According to her LinkedIn profile, Hendon served there from April 1995 to June 2001. Her stint there included serving on the Securities and Commodities Fraud Task Force. During that period, the major Wall Street firms were charged with colluding on setting the prices of some Nasdaq stocks. The government settled the case without anyone going to jail.

Where Hendon immediately went after leaving the U.S. Attorney’s office is not listed on her LinkedIn profile. Her career profile on LinkedIn doesn’t resume again until October 2006 when she joined the General Counsel office of Merrill Lynch, one of the Wall Street firms charged in the earlier price fixing scheme. Hendon worked there until May 2009. The following month, she joined a long-tenured outside law firm for Merrill Lynch (Morgan, Lewis & Bockius LLP) where she worked until November 2012. She went directly from Morgan, Lewis to her current law firm, Spears & Imes, a major white collar criminal defense firm for Wall Street.

Morgan, Lewis & Bockius defended Merrill Lynch in numerous cases involving women on Wall Street who had charged Merrill Lynch with sexual harassment and/or sexual discrimination. Many of those cases ended in either private arbitration or confidential settlements where the cash payments were never revealed.