Meet the Conflicted Team that Could Prosecute Trump-Russia Charges 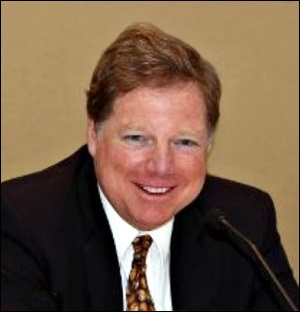 According to former FBI Director James Comey, President Donald Trump asked him for a personal loyalty pledge. Comey didn’t give it. Comey was fired by Trump. Trump has also made repeated remarks to suggest that his view of what is supposed to be an independent U.S. Justice Department is rather one that functions as his personal Praetorian Guard, protecting him while prosecuting or firing his perceived enemies – a roster that is growing exponentially by the day.

Given that background, the recent appointments at the U.S. Attorney’s Office for the Southern District of New York are particularly alarming. U.S. Attorney offices across the United States prosecute the criminal and civil cases in their jurisdiction in which the United States is involved. Because Donald Trump’s questionable business dealings and campaign activities occurred mainly in New York, and he has a residence there at Trump Tower, it is most likely that this would be the U.S. Attorney’s office prosecuting any charges of crimes brought against him, his businesses or his family.

Given Trump’s past demands for loyalty, alarm bells sounded earlier this month when Jeff Sessions, the Attorney General of the U.S. Justice Department, announced that he was naming Geoffrey Berman to replace Preet Bharara as U.S. Attorney for the SDNY on an interim basis. Trump had fired Bharara 20 hours after Bharara had declined to return a phone call to Trump that he feared would involve an inappropriate request from the president.

Berman has been able to skip Senate confirmation due to his interim appointment and would serve for 120 days as U.S. Attorney at the SDNY unless he is formally nominated for the position, in which case he would have to undergo Senate confirmation.

Public records at the Federal Election Commission (FEC) might provide the basis for Trump’s belief in the loyalty of Berman. According to those records, Berman donated $5400 to Trump’s campaign on July 28, 2016. At the time of his appointment, Berman was also a fellow shareholder and law partner of Rudy Giuliani at Greenberg Traurig. Berman has worked there for more than a decade. (Giuliani is a Trump ally and loyalist.) Berman’s LinkedIn profile shows that he remains a shareholder at Greenberg Traurig.

Just two days after Berman was named U.S. Attorney for the SDNY, he named Robert Khuzami to be his Deputy U.S. Attorney for that jurisdiction. More sirens went off. Khuzami was General Counsel to Deutsche Bank-Americas from January 2002 to February 2009. Deutsche Bank has been a major lender to Trump’s businesses for decades, even as other major Wall Street banks refused further lending to him. In January of last year, Deutsche Bank was charged with laundering billions of dollars out of Russia and paid approximately $630 million in fines.

Last month, the Financial Times reported that Special Counsel Robert Mueller subpoenaed documents from Deutsche Bank pertaining to its dealings with Trump over the years. 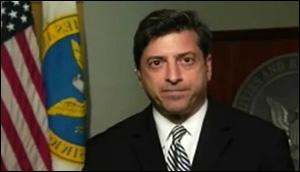 Khuzami also had previously been the head of enforcement at the Securities and Exchange Commission following the financial crash of 2008. During his tenure at the SEC, all of the major Wall Street bank CEOs got off without prosecution. During that period Khuzami became the target of a whistleblower complaint from a person working inside the SEC. Those claims were investigated by the SEC’s Inspector General. As we previously reported:

“According to the SEC’s Office of Inspector General which investigated the whistleblower’s claims against Khuzami, this is what transpired: On June 28, 2010, Khuzami spoke on the phone with Mark Pomerantz, a partner at Paul, Weiss, Rifkind, Wharton & Garrison, the law firm representing Citigroup. Pomerantz and Khuzami knew each other from their work at the U.S. Attorney’s office in the Southern District of New York. SEC attorneys working under Khuzami had already decided to bring fraud claims against Citigroup’s CFO, Gary Crittenden, for misstating the amount of Citigroup’s exposure to subprime debt by almost $40 billion.

“On the call, Pomerantz told Khuzami that Citigroup would experience collateral damage if a key executive were charged with fraud. Shortly after this call, another Citigroup lawyer, Lawrence Pedowitz of Wachtell, Lipton, Rosen & Katz (the law firm that helped former Citigroup CEO Sandy Weill maneuver the repeal of the Glass-Steagall Act) told SEC Associate Enforcement Director, Scott Friestad, that Khuzami had agreed to drop the fraud charges against Crittenden. The Inspector General’s report says that Khuzami denies ever making this promise.

“But the fraud charges were dropped and the deeply redacted Inspector General’s report does not inform the public as to how they came to be dropped. The report essentially whitewashes the claims against Khuzami, ensuring that fewer and fewer whistleblowers within or outside the SEC will go to the trouble of reporting wrongdoing.

“The SEC’s Inspector General’s report is dated September 27, 2011 but it was not released to the public until November 17, 2011 – at which time it was obvious that someone had demanded confidential treatment for large swaths of the report, at times making the language unintelligible. One gets the feeling that the delay was caused by those same Citigroup lawyers who seem to have their way at the SEC and took a machete to the findings.”

Is it any wonder that trust by Americans in its institutions is at historic lows?