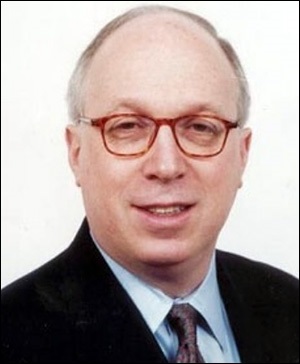 America has now been through various iterations of “it’s time to stop bashing Wall Street” by writers who seem to easily get air time or plenty of print space to make their case. An OpEd in the New York Times today is the latest in this endless series. We’ll get to that column shortly, but first some necessary background.

Wall Street did not accidentally run a barge aground and leave a small oil slick on the Hudson River. Wall Street did not accidentally release tainted lettuce that sickened a few dozen people. What Wall Street did was intentional and criminal: it financially engineered a toxic subprime house of cards which it knew from its own internal reviews was going to collapse; it then molded the toxic product into inscrutable bundles; it sold the bundles to unsuspecting investors around the globe while making side bets that it would all come crashing down. Then, after causing the greatest financial collapse in the United States since the Great Depression, Wall Street’s unrepentant scoundrels paid themselves billions of dollars in bonuses with taxpayer bailout funds.

One of the largest wrongdoers of this era, Citigroup, received the largest taxpayer bailout in history (over $2.5 trillion in loans, cash infusions and asset guarantees) and while this was occurring, one of its executives, Michael Froman, was staffing up the administration of the next President of the United States, Barack Obama, including an accepted recommendation for the head of the Justice Department.

The 2007-2009 financial crash was more than the product of greed. There was both knowing and criminal wrongdoing, but none of those responsible have gone to jail. None of the regulatory gaps that allowed this to happen have been rectified. The biggest Wall Street banks have grown even bigger and remain too-big-to-fail; Wall Street is still paying the rating agencies for their Triple-A ratings; highly speculative Wall Street firms are still allowed to hold trillions of dollars in taxpayer-backstopped insured deposits in the commercial banks that they are allowed to own under a Byzantine bank-holding company structure with thousands of far-flung subsidiaries around the globe; and a handful of Wall Street banks continue to house trillions of dollars of derivatives inside their insured depository banks – something the public was assured would end under the Dodd-Frank financial reform legislation.

Those who are lecturing the public to just get over it are either tone deaf, compromised or both.

In March 2016, the Editor-in-Chief Emeritus of Bloomberg News, Matt Winkler, wrote an opinion piece for Bloomberg News titled “Stop Bashing Wall Street. Times Have Changed.” Winkler absurdly wrote: “Banks also have reined in most of the proprietary trading in derivatives that brought them into conflict with their depositors.”

At the time Winkler made that ridiculous statement, Citigroup was loading up on the very same derivatives, credit default swaps, that blew up the big U.S. insurer, AIG, and added billions of dollars more to Citigroup’s own losses. (See our report: “Bailed Out Citigroup Is Going Full Throttle into Derivatives that Blew Up AIG.”)

In 2014 there was Politico’s Ben White preposterously asserting the following in a column headlined “How Washington beat Wall Street”: “In 2009, Washington went to war against big Wall Street banks hoping to blow up the kind of high-risk, high-reward strategies that helped spark the financial crisis. Five years later, that war is largely over. And Washington won in a blowout.”

“Only in the warped, distorted, Alice-in-Wonderland world of Wall Street would one think ‘Washington went to war against big Wall Street banks’ or that ‘Washington won [the war] in a blowout,’ as said today in a Politico article…It may be counterintuitive, but the article reflects a fairy tale Wall Street loves to push. Not only that they have been picked on and been under/are under enormous pressure (almost all unfair, undeserved and counterproductive) by US and global regulators, politicians and policy makers, but, hey, they’ve lost and Washington won, so, ease up. No need to take any further action against the ginormous global too-big-to-fail banks that are bigger, more interconnected and dangerous than they were before the last crisis that they caused. No. Enough’s been done.

“Indeed, according to the article, the war is over. The American people should move on to other things. Washington should declare victory and return to its past practices of coddling the beaten Wall Street banks and cashing their campaign contribution checks. Nothing to do or see here.”

Before White, there was Maria Bartiromo’s appearance on Meet the Press in 2013 where she asserted that “We need to get beyond the conversation of is Wall Street evil.” Bartiromo spent two decades at CNBC before joining Fox Business Network in January 2014. At CNBC, as we previously reported, there appeared to be a co-branding operation in play between Bartiromo and Citigroup.

Now fast-forward to today’s OpEd in the New York Times, titled “Why Democrats Need Wall Street.” The column was written by Douglas Schoen, whose bio under the opinion piece offers simply this: “Douglas Schoen was a pollster and senior political adviser to President Bill Clinton from 1994 to 2000.” In reality, Schoen’s official bio at his website says he is “a founding partner and principle strategist for Penn, Schoen & Berland,” also known as PSB. In 2001, PSB was acquired by the marketing and communications juggernaut known as WPP, which owns the powerful strategic communications firm, Burson-Marsteller. The Worldwide President and CEO of Burson-Marsteller is serving simultaneously in the role of Chairman of PSB.

In the midst of the financial crisis in 2009, MSNBC’s Rachel Maddow revealed that the disgraced insurance firm, AIG, which had backstopped Wall Street’s insane credit default swaps while failing to hold capital to pay them off and required a $185 billion bailout from the taxpayers, had hired Burson-Marsteller to “shine up” its image. (See Youtube video clip below.) Maddow described Burson-Marsteller as follows:

“Do you remember Aqua Dots? Little toy beads coded with something that turned into the date rape drug when kids put the beads in their mouths and all these kids ended up in comas? Yes, even the date rape Aqua Dots people called Burson-Marsteller.

“When evil needs public relations, evil has Burson-Marsteller on speed dial. That`s why it was so creepy that Hillary Clinton`s pollster and chief strategist in her presidential campaign was Mark Penn, CEO of Burson-Marsteller.

“That’s also why it’s so creepy to learn that U.S. AIG, this four-times bailed out company that we [the U.S. taxpayers] own 80 percent of, is paying Burson-Marsteller to improve their image – with us. To make us like them more. It’s not enough to nearly bring down the world financial system and saddle us with having to save you, now you also have to saddle us with the knowledge that we’re paying the p.r. firm from hell.”

Should the New York Times be running this deeply conflicted content without fully explaining to the American people the tentacles of its author?