Merrill Lynch, Protection Rackets and the “P.R. Firm from Hell” 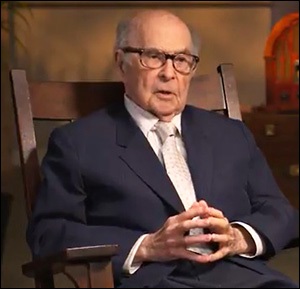 Last week Jim Rutenberg penned a column for the New York Times titled Facing Down the Network that Produced Harvey Weinstein. Rutenberg explored the reasons that Weinstein’s decades of sexually harassing women and charges of assaults had not made it to the front pages of newspapers sooner. Correctly calling it “something akin to a protection racket,” Rutenberg defined it as a “network of aggressive public relations flacks and lawyers who guard the secrets of those who employ them and keep their misdeeds out of public view.”

One of Burson-Marsteller’s oldest clients is, of course, Merrill Lynch, a company that has been repeatedly charged with tolerating sexual harassment of women over the same four decades that Burson-Marsteller has been shining up its image as bullish on America and vested in the human spirit.

Earlier this month, Harold Burson, a co-founder of Burson-Marsteller who served as its CEO for more than 35 years, published a book on his career, titled The Business of Persuasion. It includes a number of insights into just how cozy the firm’s relationship with Merrill Lynch was. In the book, Burson says “Burson-Marsteller’s professional relationship with Merrill Lynch was near seamless; we collaborated more as a team than as client and agency.” Burson indicates that he personally worked with six consecutive CEOs at Merrill Lynch over that almost four decade period: Don Regan, Roger Birk, William Schreyer, Dan Tully, David Komansky, and Stanley O’Neal. Paul Critchlow, who became the chief public relations officer at Merrill Lynch during that period, went to that spot directly from Burson-Marsteller according to Burson.

In the book, Burson also relates his trusted relationship with Don Regan, a CEO of Merrill Lynch who became U.S. Treasury Secretary under President Reagan and then his Chief of Staff during the President’s period of declining health. Just who was actually running the Reagan administration has been called into question by the video included in Michael Moore’s documentary, Capitalism: A Love Story. In the film, Don Regan is standing by the side of the President as Reagan is giving a speech. Regan quietly, but tersely, barks into the President’s ear to “speed it up.” The President seems to understand who is really in charge and does Regan’s bidding without any show of irritation. (See video clip below.)

In Tales from the Boom Boom Room, Susan Antilla’s seminal book on the epidemic of sexual harassment and sexual assaults of women working on Wall Street, she cites studies conducted by psychologist Louise Fitzgerald, an expert on sexual harassment and discrimination of women. Fitzgerald had contacted 915 women who had filed sexual harassment or discrimination claims against Merrill Lynch and received 643 usable responses. Among the respondents, 37 percent said they had “been touched in a way that made them feel uncomfortable,” while only 1.7 percent “said that the person about whom they complained was punished.”

Fitzgerald says in the book that the rate of sexual harassment in Wall Street’s brokerage industry “was higher than it was in the military, for God’s sake, and that’s kind of amazing.”

It may be amazing to Fitzgerald, but not to those who have carefully studied the history of Wall Street’s serial sexual predatory behavior. Like the military, there is a heavy handiness about silencing the victim and, if that doesn’t succeed, there’s a private justice system on Wall Street that keeps the severity of decades of claims under wraps. That private justice system is not dissimilar to the military’s tribunals.

Hollywood women have moved the needle now in sharing their stories of sexual assaults and harassment. But it should be noted that one of the former highest ranking women on Wall Street, Sallie Krawcheck, a former CEO of Merrill Lynch Wealth Management from August 2009 to September 2011, was effectively saying “MeToo” in August of 2016, long before the Weinstein horrors were dominating the news. In a column headlined, I Ran Merrill Lynch, And the Movie “Equity” is Soft on Sexual Harassment on Wall Street, Krawcheck reveals the following personal experiences:

“Having spent my career on Wall Street and having run Smith Barney and Merrill Lynch, I’ve been asked again and again whether the movie is representative of what it was like to work on Wall Street. The answer is no. That’s in part because I lived through worse.

“How do you react when you’re a young banker, hunched over a colleague’s spreadsheet to help him work through a sticky math problem, and there’s another guy behind you pretending to perform a sex act on you?

“How do you react when you arrive at work every morning to find lewd pictures on your desk? Lewd as in: pictures of male nether regions. Photocopies. With all kinds of detail.

“How do you react when your boss (actually, your boss’s boss’s boss) is caught in a sex act with a woman in his office — by another woman he’s having an affair with — just a handful of yards from your desk?”

Is there a correlation between public relations firms spinning a culture of corruption into an altruistic corporate environment and the financial collapse of Wall Street in 2008? If there was not such a “protection racket” going on, would the public and the shareholders and the Boards of these firms be forced to rein in the abuses in a more timely fashion – say, before the company collapses?

Despite the global public relation powerhouse, Burson-Marsteller, massaging the image of Merrill Lynch for four decades, the firm financially collapsed into the arms of Bank of America in 2008. In Burson’s new book, he shares the following with his readers:“With a degree of pride, I can report that Bank of America is now one of our largest clients.”

Editor’s Note: The Editor of Wall Street On Parade, Pam Martens, was the lead named plaintiff in a high profile Federal class action lawsuit filed in 1996 which sought to overturn mandatory arbitration on Wall Street for civil rights plaintiffs and shine a bright light in the public courtroom on the egregious sexual harassment and sexual assault experienced by women on Wall Street. Martens walked away from the settlement crafted by the attorneys, which enshrined gag orders and left mandatory arbitration in place on Wall Street. That lawsuit is also profiled in Susan Antilla’s book, Tales from the Boom Boom Room.