Blaming Russia for Major U.S. Problems Raises Risk of Not Seeing Enemy Within 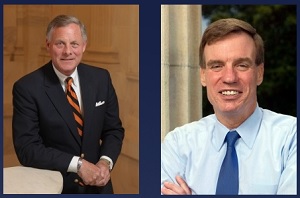 The U.S. House and Senate Intelligence Committees have asked executives from Google, Facebook and Twitter to appear at their respective public hearings on November 1. The hearings will seek testimony on evidence already turned over to the Committees by the companies on how Russia used social media accounts, bots, trolls and advertising to influence the outcome of the 2016 Presidential election.

The New York Times reported yesterday that “On Facebook, fake Russia-linked accounts — in which fictional people posed as American activists — promoted inflammatory messages on divisive issues. Those accounts bought advertising to promote those messages and reach a bigger audience within the Facebook universe, while promoting the incendiary posts to different locations or people with established political leanings for maximum impact.”

On September 27, Mark Zuckerberg, CEO of Facebook, responded to the political fallout from the Russia investigation as follows:

“The facts suggest the greatest role Facebook played in the 2016 election was different from what most are saying:

“- More people had a voice in this election than ever before. There were billions of interactions discussing the issues that may have never happened offline. Every topic was discussed, not just what the media covered.

“- This was the first US election where the internet was a primary way candidates communicated. Every candidate had a Facebook page to communicate directly with tens of millions of followers every day.

“- Campaigns spent hundreds of millions advertising online to get their messages out even further. That’s 1000x more than any problematic ads we’ve found.”

“- We ran ‘get out the vote’ efforts that helped as many as 2 million people register to vote. To put that in perspective, that’s bigger than the get out the vote efforts of the Trump and Clinton campaigns put together. That’s a big deal.”

On January 6 of this year, when the Office of the Director of National Intelligence released the declassified portion of its report on “Assessing Russian Activities and Intentions in Recent US Elections,” it appeared to be tarring Russia with a broad brush for provoking anger and outcries among U.S. citizens against the U.S. surveillance state, inequality, the serial looting of the public by Wall Street, and numerous other problems of our own making.

In one section, the authors write:

“RT America TV, a Kremlin-financed channel operated from within the United States, has substantially expanded its repertoire of programming that highlights criticism of alleged US shortcomings in democracy and civil liberties.  The rapid expansion of RT’s operations and budget and recent candid statements by RT’s leadership point to the channel’s importance to the Kremlin as a messaging tool and indicate a Kremlin directed campaign to undermine faith in the US Government and fuel political protest. The Kremlin has committed significant resources to expanding the channel’s reach, particularly its social media footprint…”

Another section appears to promote the nonsensical view that RT played a pivotal role in the Occupy Wall Street movement – a grassroots movement that legitimately sprang up in cities across America in response to the wholesale looting of the country by Wall Street, followed by the financial collapse of major Wall Street firms and the unprecedented taxpayer bailout in 2008. The National Intelligence report states:

“RT aired a documentary about the Occupy Wall Street movement on 1, 2, and  4 November [2012].  RT framed the movement as a fight against ‘the ruling class’ and described the current US political system as corrupt and dominated by corporations.  RT advertising for the documentary featured Occupy movement calls to ‘take back’ the government…”

The views in the above paragraph are not the product of Russian propaganda artists. As U.S. based polls repeatedly show, they are the views of a large swath of mainstream America – because they are also supported by hard facts.

Another section of the intelligence report states:

“RT has also focused on criticism of the US economic system, US currency policy, alleged Wall Street greed, and the US national debt.  Some of RT’s hosts have compared the United States to Imperial Rome and have predicted that government corruption and ‘corporate greed’ will lead to US financial collapse…”

Again, this is not Russian propaganda. These are substantive issues that must be addressed by engaged Americans to put the country back on the right track. A sure sign that something is skewed in this report is the phrase “alleged Wall Street greed.” No one in the know, particularly in the intelligence community, could sanely be asserting at this point in time that the obscene greed on Wall Street is simply an unsupported allegation — not after Wall Street execs caused the greatest financial collapse since the Great Depression, then paid themselves tens of billions of dollars in bonuses out of taxpayer bailout funds; not after regulators have produced evidence showing these firms looted men and women serving in the military; utility customers; municipalities; and struggling homeowners across America.

There are a lot of tainted executives on Wall Street, still ensconced in their corner offices, who would like to redirect the public’s attention away from their serial crime spree and sacking of the U.S. economy by finding a new target at which Americans can focus their anger. While Russia may have attempted to illegally interfere in U.S. elections, it did not put a gun to Wall Street’s head and order it to transform America into a plutocracy for the one percent. Angry Americans are right to continue to demand serious and lasting reforms that will deliver a more just and equitable America for all of its citizens.