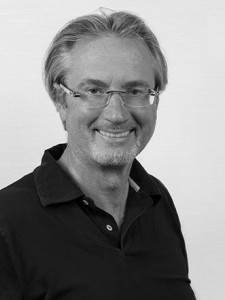 As summer draws to a close and the Wall Street titans enjoy the last of their lazy long weekends in the Hamptons, summering next door to the army of lawyers that keep them out of jail, it’s a curious time to be reading about a major new lawsuit that has the potential to shake Wall Streeters right down to their Gucci loafers. The charges include conspiracy to restrain trade in violation of the Sherman Act and unjust enrichment in a $1.7 trillion market.

Since the Senate hearings of the early 1930s, which examined the Wall Street practices and conspiracies that led to the 1929-1932 stock market collapse and Great Depression, there have been rumblings that Wall Street’s system for lending stock for traders to short is a viper’s nest of ripoffs. Now two major law firms, Quinn Emanuel Urquhart & Sullivan and Cohen Milstein are suing six of the largest Wall Street banks, alleging that they illegally colluded in this market. The defendants are the usual suspects: JPMorgan Chase, Goldman Sachs, Bank of America, Morgan Stanley, Credit Suisse, UBS and their stock lending units. (The only surprise here is that Citigroup is not named.)

“To paraphrase Tolstoy, all efficient markets resemble one another, but each inefficient market is inefficient in its own way. This case concerns a market variously called the ‘stock loan,’ ‘stock lending,’ or ‘securities lending’ market. It is one of the largest and most important financial markets that exists in the world today.  Unlike many other financial markets, the stock loan market has not evolved to reflect the ways in which modern technology can facilitate efficient and transparent electronic trading. Instead, the stock loan market remains an inefficient, antiquated, and opaque over-the-counter (‘OTC’) trading market dominated by large dealer banks, principally the Prime Broker Defendants. These banks have structured the market in such a way that they take a large cut of nearly every stock loan trade that is made. This arrangement is good for the Prime Broker Defendants. But it is bad for virtually everyone else, including the class members in this case.”

Of particular concern to Wall Street is that one of the law firms that filed the suit, Quinn Emanuel, has some huge wins notched in its belt. It notes on its web site that it has won five jury verdicts of $100 million or more; 34 nine-figure settlements and 15 ten-figure settlements. It also shares a quote about the firm from The American Lawyer, which called it: “Better. Faster. Tougher. Scarier.” Daniel Brockett, a senior litigation partner at the firm, is a lead lawyer in the case.

“Scarier” will resonate with the defendants as they read the lawsuit. The plaintiffs’ lawyers are asking for treble damages and they conveniently provide the court with the history of how the defendants have admitted to engaging in conspiracies to rig markets in the past: rigging the bidding in municipal markets; rigging the Libor interest rate benchmark; rigging the foreign currency exchange market. In the case of foreign exchange rigging, one of the current defendants, JPMorgan Chase, pled guilty to a felony charge brought by the U.S. Justice Department on May 20, 2015. At the same time, UBS admitted to a felony charge in the Libor matter.

The lawsuit reminds the court:

“The stock loan conspiracy is but the latest in a string of conspiracies involving the financial markets in which the Prime Broker Defendants have participated. In several instances, certain Defendants have pled guilty to the anticompetitive conduct. These admissions not only demonstrate a pattern of repeated conduct, they demonstrate more generally the existence of a corporate culture wherein the Prime Broker Defendants are ready and willing to violate the law and collude with one another whenever they deem it necessary to preserve profits. This culture of collusion demonstrates that the stock loan conspiracy alleged herein is plausible.”

Big profits are involved here and Wall Street can be expected to throw major bucks into defeating the allegations. According to Bloomberg News, “JPMorgan loaned or swapped $21.9 billion of equity securities as of June 30, according to a regulatory filing. Goldman Sachs loaned $13.2 billion as of the same date, a filing shows.”

The reality is that the collusion charges against the mega Wall Street banks that the Justice Department has, after decades, finally gotten around to settling and/or obtaining deferred prosecution agreements, are just the tip of the iceberg.

In February 2015, Jean Eaglesham and Christopher M. Matthews reported in the Wall Street Journal that “U.S. officials are investigating at least 10 major banks for possible rigging of precious-metals markets….”

In 2014 the Senate opened hearings and an investigation into the sprawling tentacles of Wall Street banks in the ownership of physical commodities and non-financial corporations. In one hearing, Senator Sherrod Brown stated that “the six largest U.S. bank holding companies have 14,420 subsidiaries, only 19 of which are traditional banks.”

In 2013, beer and soda manufacturers alleged before Congress that Wall Street banks controlled the London Metal Exchange and were rigging the price of aluminum to the detriment of both the manufacturers and consumers.

Given what the U.S. Justice Department already knows about Wall Street’s rigging of markets, one has to question why it is that pension funds are bringing these current charges to Federal Court instead of the top law enforcement agency funded by the taxpayer to stop this unending pattern of collusion.

Wall Street Mega Banks Own Tankers, Pipelines, Utilities, Mines, Metal Warehouses – And That’s Not the Worst of It

Wall Street’s Metals Cartel On Trial Today in the Senate