Who Would Sell This Money Guzzling Product to Retail Clients? The Biggest Names on Wall Street. 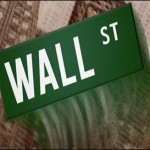 There’s a very old joke on Wall Street that goes like this: “How do you make a small fortune on Wall Street? Answer: Start with a large one.” Unfortunately, millions of Americans have discovered since 2008 that this is no laughing matter.

There are now more than 1,000 articles on this website that address the failure of our Congress and regulators to rein in the serial and frequently, conspiratorial, abuses of Wall Street against the investing public. There are brilliantly written books on the fleecing and insatiable greed of Wall Street; there are movies and documentaries on how Wall Street’s reign of financial terror brought the U.S. to the brink of financial collapse in 2008. And yet, the public continues to play the role of sucker at the big trading houses on Wall Street.

The SEC Order focused on a product called a “single inverse ETF,” which, it turns out, was not the worst kind of non-traditional ETF that Morgan Stanley had sold to its clients. A single inverse ETF is a product that seeks to deliver the opposite performance of a benchmark index like the S&P 500 on a “single” basis meaning a 1-to-1 basis. The single nomenclature is necessary because there are also leveraged ETFs that seek to provide to 2-to-1 or even 3-to-1 performance of the index (inverse or regular). Based on a review of arbitration claims filed against Morgan Stanley and other big banks on Wall Street, leveraged and inverse ETFs have been savaging the life savings of retail investors for years, while the industry’s self regulator, FINRA, has allowed the parties in the arbitration claims to settle quietly. It has also agreed to expunge the charges from the broker’s official record in many of the cases.

The history of these abuses are long and sordid. On May 1, 2012, FINRA fined and sanctioned the following firms for abuses in selling leveraged and inverse ETFs:

At the time, FINRA noted the following: “…the firms did not have adequate supervisory systems in place to monitor the sale of leveraged and inverse ETFs, and failed to conduct adequate due diligence regarding the risks and features of the ETFs. As a result, the firms did not have a reasonable basis to recommend the ETFs to their retail customers. The firms’ registered representatives also made unsuitable recommendations of leveraged and inverse ETFs to some customers with conservative investment objectives and/or risk profiles. Each of the four firms sold billions of dollars of these ETFs to customers, some of whom held them for extended periods when the markets were volatile.”

The operative words here are “billions of dollars.” This wasn’t one or two brokers screwing up. “Billions of dollars” of inappropriate investments were being sold to the gullible investing public.

Wall Street is required by law to sell investments that are suitable to its customers. According to FINRA arbitration records, on October 22, 2012 an investor brought an arbitration claim against Morgan Stanley for selling him, among other things, “a Direxion triple leveraged inverse ETF.” The client sought $383,334.64 in compensatory damages, meaning the losses were significant. (The case was settled in secrecy with no settlement amount disclosed to the public.)

Direxion has this to say about its leveraged and inverse ETFs:

“Leveraged and inverse ETFs pursue daily leveraged investment objectives which means they are riskier than alternatives which do not use leverage. They seek daily goals and should not be expected to track the underlying index over periods longer than one day. They are not suitable for all investors and should be utilized only by investors who understand leverage risk and who actively manage their investments.”

When a product “should not be expected to track the underlying index over periods longer than one day” it is effectively created for a day trader and not a retail client of a big Wall Street bank.

Here’s another big problem for Morgan Stanley. According to the SEC complaint filed last week, in March 2010 Morgan Stanley put compliance policies and procedures in place to deal with non-traditional ETFs. One of those procedures required “that the positions be monitored on an ongoing basis, that the purchase of single-inverse ETFs be a hedge, and that financial advisors complete single-inverse ETF training.”

As with all of the big Wall Street firms that have a retail broker sales force, the brokers are required to take and pass a Series 7 licensing exam before they handle client money. It typically takes months of study to pass this exam and it is frequently compared in difficulty to the CPA exam. If that comprehensive understanding of securities is inadequate to sell these non-traditional ETFs, and Morgan Stanley has mandated that the broker must take extra training to sell these non-traditional ETFs, then how can it blame a retail client who has no Series 7 license or special ETF training for his losses? And yet that is exactly what Morgan Stanley did time and again in the arbitration hearings.

We are not alone in thinking that this is one of the worst products for a retail investor. In 2011, Howard Gold wrote a brilliant analysis on leveraged ETFs for Dow Jones’ MarketWatch. Stating that the products had “blossomed like poison mushrooms,” Gold wrote further:

“Leveraged ETFs purport to give investors two or three times the return of the underlying indexes on which they’re based. Inverse leveraged ETFs let you do the same thing on the short side.

“The problem is, these instruments are designed to be used as daily hedging and trading vehicles, but investors are holding them much longer than a day, which is particularly dicey in today’s volatile markets.

“That’s why I think these are the single worst product for individual investors I’ve seen in two decades of covering markets.

“There are plenty of other ways investors can hedge their portfolios with less risk, like using certain simple options strategies. Successful investing in leveraged funds requires the discipline of a computer-driven hedge fund or a steely eyed professional trader. Using them improperly is all too easy.”

In 2015, the Attorney General of Massachusetts, Maura Healey, also agreed that leveraged ETFs are “unsuitable for retail investors in most cases.” Healey fined LPL Financial $1.8 million over its sale of leveraged ETFs to retail clients. Healey stated at the time:

“The leveraged ETFs at issue are complex investment funds that try to perform at a multiple of the daily returns of an index like the Standard & Poor’s (S&P) 500. For reasons normally not known to casual investors, holding investments in these funds for long periods of time can produce unexpected outcomes. Even an investor who bets correctly on the direction of the index can lose money when holding a leveraged ETF…LPL also failed to supervise its financial advisors who caused clients to hold these investments for extended periods of time, and did not consistently adhere to its policy of imposing fines on financial advisors who exceeded concentration limits.”

Given this background, one can see why Wall Street is fighting so hard to keep the “suitability standard” that it can game so easily in its industry-run private justice system of mandatory arbitration and gut the Labor Department’s new Fiduciary Rule that was set to take effect in April. The Fiduciary Rule, hated by the big banks on Wall Street, would force brokers to put the interests of clients above the interests of the firm. Even that rule doesn’t go nearly far enough. It covers just retirement accounts – not all customer accounts.