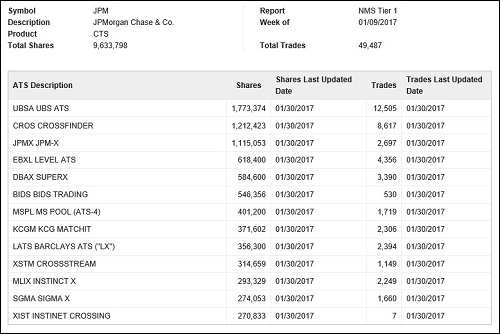 The biggest banks on Wall Street, both foreign and domestic, have been repeatedly charged with rigging and colluding in markets from New York to London to Japan. Thus, it is natural to ask, have the big banks formed a cartel to rig the prices of their own stocks?

This time last year, Wall Street banks were in a slow, endless bleed. The Federal Reserve had raised interest rates for the first time since the 2008 financial crisis on December 16, 2015 with strong hints that more rate hikes would be coming in 2016. Bank stocks never do well in a rising interest rate environment because their dividend yield has to compete with rising yields on bonds. Money gravitates out of dividend paying stocks into bonds and/or into hard assets like real estate based on the view that it will appreciate from inflationary forces. This is classic market thinking 101.

Bizarrely, to explain the current run up in bank stock prices, market pundits are shoving their way onto business news shows to explain to the gullible public that bank stocks like rising interest rates because the banks will be able to charge more on loans. That rationale pales in comparison to the negative impact of outflows from stocks into bonds (if and when interest rates actually do materially rise) and the negative impact of banks taking higher reserves for loan losses because their already shaky loan clients can’t pay loans on time because of rising rates. That is also classic market thinking 101.

Big bank stocks also like calm and certainty – as does the stock market in general. At the risk of understatement, since Donald Trump took the Oath of Office on January 20, those qualities don’t readily come to mind in describing the state of the union.

Prior to the cravenly corrupt market rigging that led to the epic financial crash in 2008 (we’re talking about the rating agencies being paid by Wall Street to deliver triple-A ratings to junk mortgage securitizations and banks knowingly issuing mortgage pools in which they had inside knowledge that they would fail) the previous episode of that level of corruption occurred in the late 1920s and also led to an epic financial crash in 1929. The U.S. only avoided a Great Depression following 2008 because the Federal Reserve, on its own, secretly funneled $16 trillion in almost zero interest rate loans to Wall Street banks and their foreign cousins. (Because the Fed did this without the knowledge of Congress or the public, this was effectively another form of market rigging. Had the rest of us known this was happening, we also could have made easy bets on the direction of the stock market.)

As we contemplated a more rational basis for the heady uplift in Wall Street bank stock prices this year, we were forced to consider the fact that the Wall Street banks run their own Dark Pools — which are effectively unregulated stock exchanges. That’s right. In addition to owning FDIC-insured banks holding Mom and Pop deposits; in addition to parking trillions of dollars of squirrely derivatives on the books of the FDIC banks; in addition to using those demand deposits to make wild, speculative gambles in the markets; in addition to being charged by regulators around the globe, including the U.S. Justice Department, with an insidious disregard for rigging and colluding in markets, the very same banks are allowed to operate quasi stock exchanges in the dark bowels of their own trading houses.

Adding to the curiosity, in the same week that JPMorgan and its “competitors” were trading in its stock, JPMorgan’s Best Friends Forever were putting out buy recommendations on its stock. (That’s right. In addition to one-stop shopping for everything from credit cards to junk bonds to dicey derivatives, these same Wall Street banks are allowed to make buy, hold and sell recommendations to the public on publicly traded stocks, including those banks that are counterparties to their derivative holdings. They are allowed to issue this “research” despite being charged with craven research practices by the Securities and Exchange Commission in 2003.)

We don’t mean to suggest that JPMorgan’s stock is the only one being traded in the Dark Pools of Wall Street banks. In fact, every mega Wall Street bank is being similarly traded.

In the leadup to the crash of 1929, Wall Street was also operating Dark Pools. Back then, they were simply called “Pools.” From 1932 to 1934, the Senate Banking Committee conducted an exhaustive investigation into the systemic market rigging tactics used by the trading houses on Wall Street. A major part of the investigation looked at the activities within the “Pools.”

On June 6, 1934, the Senate released a final report on its findings. One finding addressed the serious amounts of money flowing into the pools:

Just as today, Wall Street ran a massive campaign during the Senate hearings of 1932 to 1934 to ridicule any suggestion that it was running a market-rigging cartel. The report notes:

“The tendency has been to belittle reports of manipulative activities as unfounded rumors, unworthy of serious attention. The evidence adduced before the subcommittee has thoroughly discredited this attitude.”

The report provided the public with a clear understanding of the motivations behind creating a Pool:

“A pool, according to stock exchange officials, is an agreement between several people, usually more than three, to actively trade in a single security. The investigation has shown that the purpose of a pool generally is to raise the price of a security by concerted activity on the part of the pool members, and thereby to enable them to unload their holdings at a profit upon the public attracted by the activity or by information disseminated about the stock. Pool operations for such a purpose are incompatible with the maintenance of a free and uncontrolled market.”

That finding is worth repeating: “Pool operations for such a purpose are incompatible with the maintenance of a free and uncontrolled market.”

“The testimony before the Senate subcommittee again and again demonstrated that the activity fomented by a pool creates a false and deceptive appearance of genuine demand for the security on the part of the purchasing public and attracts persons relying upon this misleading appearance to make purchases. By this means the pool is enabled to unload its holdings upon an unsuspecting public.”

Wall Street On Parade, to the chagrin of Wall Street, has recently asked the question, in regard to banks trading their own stocks in their own Dark Pools, “How Is This Legal.” We received several dismissive emails. But the Senate Banking Committee of 1934 and its myriad lawyers saw a big legal problem, writing:

“The conclusion is inescapable that members of the organized exchanges who had a participation in or managed pools, while simultaneously acting as brokers for the general public, were representing irreconcilable interests and attempting to discharge conflicting functions. Yet the stock exchange authorities could perceive nothing unethical in this situation.”

The Senate report found that “The propitious time to commence operations [in a Pool] is when public attention has been attracted either by the condition of the corporation issuing the stock or the industry of which it is a part, or by external factual conditions, such as the possibility of legislation affecting the industry.”

In other words, levitating the stock price works so much better if there is a news angle that can be bandied about in the press. For example, today we are hearing a lot about how Wall Street will reap big profits from Trump’s plan to repeal the Dodd-Frank financial reform legislation. In reality, that was fairly toothless legislation but repealing it without restoring the much stronger Glass-Steagall Act would doom Wall Street to another crash.

The Senate report explains how these publicized legislative windfalls can be constructed out of fairy dust. For example, in 1933 a Pool was created to levitate the shares of Libbey-Owens-Ford Glass Co. on the premise that it made liquor bottles and its share price would soar on the proposed repeal of prohibition. In fact, says the report, “it made no bottles and its business was in no way enhanced by the repeal of prohibition.”

Like the flattering buy recommendations we see emanating today from the deeply conflicted big banks, Wall Street had a similar hawking machinery in the late 20s and early 30s. The Senate report found:

“…The dissemination of information flattering to the stock in which the pool is operating is the fourth factor in bringing the operation to a successful conclusion. Although the nature and extent of the pool’s own operations are shrouded in utmost secrecy, the participants make use of various channels to disseminate information subtly designed to excite public attention toward the security. A method commonly followed is to cause market letters to be sent by brokerage firms to their branch offices, which letters are made accessible to the investing and speculating public…

“David M. Lion, who characterized his business as ‘financial publicity,’ testified before the subcommittee that he was the publisher of a paper known as ‘The Stock and Bond Reporter.’ This sheet publicized particular stocks which formed the basis of pool operations. As compensation for such publicity, Lion received calls on substantial blocks of stock from the pool operators…Lion also testified that he employed newspaper writers to publish articles concerning the securities, and that he paid for their services either by options on stock or by cash. The extent of his activities is manifested by the fact that he engaged in as many as 30 operations at one time on behalf of various pool operators.”

During the Senate hearings, Congressman Fiorella LaGuardia of New York produced a trunk of documents showing that financial journalists at some of the then august newspapers of New York were on the take to help the Pools accomplish their goals. One document showed that a man named Plummer, a publicity man, had “expended on behalf of his pool-operating employers the sum of $286,279 for the publication of articles in the press favorable to their stocks,” according to the Senate report.

Despite this rich and detailed history of Pool operations, the U.S. Congress has shown little interest in pulling back the dark curtain on today’s Dark Pools. We urge our readers to call their Senators and demand a serious investigation before the next financial crisis in unleashed on an unsuspecting public.