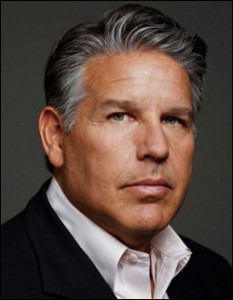 A few years back, when William D. Cohan was writing for Bloomberg News, one could reliably count on him to hold Wall Street’s feet to the fire. Now Cohan is writing for the New York Times and it feels like the Times sent him for an in-house lobotomy or at least a crash course in reoriented thinking.

Consider Cohan’s article from yesterday in the Times, titled Why Washington Needs Wall Street. First Cohan piles on to the recent bashing of Senator Elizabeth Warren by Roger Lowenstein in the pages of the Times. Warren has led a meaningful, multi-year charge to expose the failed reforms and lapdog regulators overseeing Wall Street, which is hands-down the most corrupt industry in America and located in the same home town as the New York Times.  (If you can’t clean up your own home town, what good are you?)

Cohan calls Warren a demagogue, writing that “she goes overboard and seems like she is receiving way too much gratification getting headlines and television time for her stern and condescending lectures.” (If the business model of your industry is fraud – as Senator Bernie Sanders has correctly stated and the serial charges of crimes further attest – can anything said about you be condescending?)

But here’s where Cohan really flips wildly from his former personality. Cohan writes that there’s a “drumbeating” coming from the likes of Senator Bernie Sanders, Warren and former Labor Secretary Robert Reich to prevent anyone with a Wall Street background from filling cabinet or subcabinet posts if Clinton becomes the next President. Cohan now sees this as a bad thing, writing:

“The fact is that many jobs in Washington could be filled by someone with a Wall Street background to the benefit of the American people. What better way to improve the inner workings of the capital markets than by having someone with the authority to regulate them who knows precisely how they work, or how they are manipulated.”

Now consider the tune Cohan was whistling just a little over three years ago at Bloomberg News. Cohan wrote:

“…we get stuck again and again with people whose ties to Wall Street run deep. Indeed, the ‘revolving door’ between Wall Street and Washington seems to have been spinning faster than ever during the first five years of Barack Obama’s administration, contrary to what candidate Obama led us to expect. Is it just a coincidence that the president’s most important economic advisers — Jack Lew, the Treasury secretary; Sylvia Mathews Burwell, his choice to head the Office of Management and Budget; Gene Sperling, the director of the National Economic Council; and Michael Froman, a senior White House economic adviser — are all acolytes of Robert Rubin, the former Treasury secretary and longtime Wall Street honcho at Goldman Sachs Group Inc. and Citigroup Inc.?”

Thanks to WikiLeaks, the American people no longer have to guess why President Obama promised meaningful change and then stuffed his administration with Wall Street cronies. Emails released by WikiLeaks show that in the months leading up to Obama’s 2008 election win, Michael Froman, an executive at Citigroup, was emailing Obama and his advisers with the recommended personnel that he and his cronies wanted to see in the new administration. (See our coverage here and here.) Almost without exception, Wall Street got its way.

The outrage of Michael Froman submitting his personnel rosters to the future President in the Fall of 2008, using his official Citigroup email address, is that at that very moment Citigroup was an insolvent bank in the process of unraveling and on life support from the taxpayer. When the dust finally settled, Citigroup would receive the largest taxpayer bailout in U.S. history: $45 billion in equity infusions; over $300 billion in asset guarantees; and more than $2.5 trillion in secret below market-rate loans from the Federal Reserve.

Let that sink in for a moment. Citigroup’s business model of fraud had collapsed the bank and in the midst of that collapse one of its executives is in charge of staffing the next President’s administration. The man sitting at the helm of the New York Fed, Tim Geithner, who was funneling all of those secret loans to Citigroup, became Obama’s first Treasury Secretary. The Citigroup executive who received a $940,000 bonus while Citigroup was insolvent, Jack Lew, became Obama’s second Treasury Secretary with enhanced supervisory powers as head of the Financial Stability Oversight Council (F-SOC).

The New York Times is the one paper in America that should be viewed with particular skepticism when it comes to Wall Street. It was a cheerleader for years on its editorial page, promoting the repeal of the Glass-Steagall Act. As its editorial page editors acknowledged in 2012:

“While we are on this subject, add The New York Times editorial page to the list of the converted. We forcefully advocated the repeal of the Glass-Steagall Act. ‘Few economic historians now find the logic behind Glass-Steagall persuasive,’ one editorial said in 1988. Another, in 1990, said that the notion that ‘banks and stocks were a dangerous mixture’ ‘makes little sense now.’

The Times apology, coming after the deregulated Wall Street had crashed the U.S. financial system and left millions of innocent Americans without jobs and in foreclosure, was too little too late. The Times failed to mention that it had not only waved the pompoms for the repeal of the Glass-Steagall Act but it had celebrated the illegal merger that formed Citigroup. On April 8, 1998, its editorial page editors wrote:

Another Times writer, Andrew Ross Sorkin, has grossly misstated the facts of the 2008 crash to minimize the role played by the repeal of the Glass-Steagall Act. When Wall Street On Parade brought those gross inaccuracies to the attention of the Editor and Publisher of the New York Times, they ignored the errors and allowed the article to stand. To our way of thinking, that’s when “journalism” becomes intentional propaganda. Economist Paul Krugman rounds out the Wall Street propaganda team at the New York Times, using many of the same faulty “facts” as Ross Sorkin.

In Ross Sorkin’s preposterously inaccurate piece of 2012, he attempts to portray other financial firms as being at the center of the 2008 crash rather than the behemoth Citigroup. He writes: “But Citi’s troubles didn’t come until after Bear Stearns, Lehman Brothers, A.I.G., Fannie Mae and Freddie Mac were fallen or teetering — when all hell was breaking loose.”

Bear Stearns fell in March 2008. Lehman, AIG, Fannie Mae and Freddie Mac fell in the Fall of 2008. According to the General Accountability Office (GAO), the Federal Reserve began its secret lifeline of low-cost loans to Citigroup in December 2007. Those continued into at least 2010 and cumulatively totaled an astronomical $2.5 trillion.

Citigroup’s situation was so precarious in the summer of 2008 that Bloomberg ran an article headlined on July 23, 2008: “Citigroup Unravels as Reed Regrets Universal Model.” We would link to the text of that article but it seems to have up and disappeared from the Bloomberg News archive.

The Sydney Morning Herald on July 15, 2008 carried this assessment of Citigroup:

“At an investor presentation in May, Citigroup chief executive Officer Vikram Pandit said shrinking the bank’s $US2.2 trillion balance sheet, the biggest in the US, was a cornerstone of his turnaround plan.

“Nowhere mentioned in the accompanying 66-page handout were the additional $US1.1 trillion of assets that New York-based Citigroup keeps off its books: trusts to sell mortgage-backed securities, financing vehicles to issue short-term debt and collateralized debt obligations, or CDOs, to repackage bonds.

“Now, as Citigroup prepares to announce second-quarter results July 18, those off-balance-sheet assets, used by US banks to expand lending without tying up capital, are casting a shadow over earnings. Since last September, at least $US100 billion of assets have flooded back onto Citigroup’s balance sheet, accompanied by more than $US7 billion of losses.”

Before Citigroup’s death spiral was over, its stock was trading at 99 cents. Today, its pre-crash shareholders are still down 90 percent on their money. Its cronies in Washington have allowed it to build up a derivatives book even more dangerous than 2008 (see Citigroup Has More Derivatives than 4,701 U.S. Banks Combined After Blowing Itself Up With Derivatives in 2008) and Obama has allowed Citigroup to repeal the derivative protection rules put in place in the 2010 Dodd-Frank financial reform legislation.

If you’d like to send your thoughts on all of this to the Public Editor at the New York Times, the email address is public@nytimes.com.