Shawn Lucas, Process Server for One Source Process, Who Delivered the Lawsuit Against the Democratic National Committee and Debbie Wasserman Schultz on July 1, 2016

On Friday, July 1, just ahead of the long Fourth of July weekend, a happy, exuberant process server, 38-year old Shawn Lucas of One Source Process, served a lawsuit at the Democratic National Committee headquarters in Washington, D.C. The lawsuit was filed on behalf of Senator Bernie Sanders’ supporters and named the DNC and its then Chair, Debbie Wasserman Schultz, as defendants. It leveled the following serious charges: fraud, negligent misrepresentation, deceptive conduct, unjust enrichment, breach of fiduciary duty, and negligence.

A video of the service of process (see embedded video below) shows Shawn Lucas saying he was “excited” and “thrilled” to be the process server on this lawsuit, later in the video equating it to his “birthday and Christmas” rolled into one. A month later, Lucas was found dead on his bathroom floor. A cause has yet to be announced.

As of this writing, we could find no mainstream newspaper or wire service that has reported on the troubling death of Shawn Lucas. The original YouTube video, however, has skyrocketed from 32,000 views to more than 350,000 views as of this morning. The flurry of angry comments below the video are suggesting there is some form of Hillary Clinton hit squad in operation.

According to the official report from the Metropolitan Police Department in Washington, D.C., officers Kathryn Fitzgerald and Adam Sotelo responded to a 911 call from the girlfriend of Lucas, Savannah King. The officers arrived “at 1913 hours,” or 7:13 p.m. on the evening of  Tuesday, August  2. The report states that Lucas was “laying unconscious on the bathroom floor” and that “DCFD Engine 9 responded and found no signs consistent with life.”

Just hours before Lucas was found dead, there had been a major housecleaning of DNC officials implicated in the DNC emails leaked by Wikileaks, showing that key executives had secretly strategized on how to sabotage the campaign of Senator Bernie Sanders while bolstering the campaign for Hillary Clinton. (Those leaked emails provide important new evidence to buttress the class action lawsuit.)  DNC Chair Debbie Wasserman Schultz had stepped down earlier as a result of the emails at the outset of the Democratic Convention but Politico reported on the afternoon of August 2 that “CEO Amy Dacey, communications director Luis Miranda and chief financial officer Brad Marshall” were leaving the DNC and that staffers had been told of the changes that very day. All three had been implicated by the leaked emails. 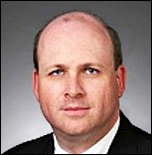 Also implicated in the emails leaked by Wikileaks was law partner Marc Elias of the politically-connected legal powerhouse, Perkins Coie, who chairs its Political Law practice. The name “Perkins Coie” appears 263 times in the Wikileaks emails. The law firm vetted essentially every media ad released by the DNC, as well as drafting responses to Senator Sanders’ campaign charges of serious irregularities taking place at the DNC to boost Clinton’s campaign. (Under DNC bylaws, it must conduct its activities in a fair, unbiased manner toward all Democratic candidates in the primaries.)

Following charges from the Sanders’ campaign that a joint fundraising account called the Hillary Victory Fund was being used by the DNC and Hillary Clinton’s campaign to “launder money” for Clinton, that is, to evade her fundraising caps from wealthy donors, Marc Elias sent an email to four DNC officials on May 3 of this year, advising them to “put out a statement saying that the accusations [from] the Sanders campaign are not true.” Elias doesn’t provide any specifics on why the charges are not true.

In April of this year, Politico was investigating reports that when State Democratic parties received a large sum from the Hillary Victory Fund, the identical amount on the same day would be wired to the DNC, sometimes without the State Party even being aware the money had come and gone. Perkins Coie was looped into the email discussion of how to respond to these charges. On April 25, 2016, Graham Wilson of Perkins Coie responded to the email thread, writing in part:

“I leave it to you, but I think we probably want to be on the same page as HFA here [Hillary for America, the main fundraising vehicle for the Hillary Clinton campaign] given that Beth Jones is the HVF treasurer making the disbursements to the parties and I’m sure they are being asked too.”

“Following the 2014 elections, Marc was appointed by DNC Chair Wasserman Schultz as a member of the Victory Task Force to review key components of the role of the Democratic Party–and related organizations—in recent elections and identify places where the party can strengthen and improve operations in future elections.”

The role of Perkins Coie in the email scandal is now raising eyebrows in the legal community because Perkins Coie has responded to the class action lawsuit filed on behalf of Bernie Sanders’ supporters indicating that it will be representing the DNC in the matter. Marc Elias is listed as one of the attorneys that will be involved in the case.

Exactly how Perkins Coie attorneys can serve their client’s legal interests while being simultaneously implicated in the raging conflicts of interest is raising the specter that the new DNC leadership that selected the law firm is as ethically challenged as the old team. The well known media personality, Donna Brazile, has been appointed the DNC Interim Chair.

While mainstream media has failed to report on the death of Shawn Lucas, alternative media has widely corrupted the facts in the case. There are now thousands of headlines at blogs declaring that Shawn Lucas was the “lead attorney” in the class action lawsuit against the DNC and is now dead. That could have a negative emotional impact on the more than 1,000 Sanders’ supporters who have thus far signed retainer agreements to be part of the lawsuit.

According to PACER, the system for filing court documents in Federal lawsuits, Lucas is not an attorney of record in the matter. (Martindale indicates that there is no attorney with the name Shawn Lucas in the U.S.) According to the court filings, the three law firms representing the Sanders plaintiffs are:

Just 11 days prior to the death of Lucas, Perkins Coie filed a motion for dismissal of the lawsuit, specifically alleging that Lucas had not served the lawsuit properly, in that he failed to hand it to someone at the DNC who was authorized to accept lawsuits. The lawyers for Sanders’ plaintiffs responded to those allegations just this past Friday, August 5, writing:

“First, because the DNC is the formal governing body for the United States Democratic Party, and has a headquarters in Washington, D.C. in a large building with security guards stationed at the front, service would have been proper on anyone who responded in the manner that Ms. Herries did. See, e.g., State of Ga. v. Nat’l Dem. Party, 447 F.2d 1271, 1273 n.2 (D.C. Cir. 1971) (rejecting argument that service on National Republican Party was improper where ‘[s]ervice was made here on an employee of the National Committee at its Washington, D.C. office’ even though the Republican National Committee protested that the employee was ‘not one of its own ‘officers’ or managing or general agents’); Flynn v. Pulaski Constr. Co., 2006 WL 47304, *4-*5 (D.D.C. Jan. 6, 2006) (finding service proper and calling the defendants’ argument ‘disingenuous’ where papers were served on the defendant corporations’ receptionist and the defendants had actual notice of the lawsuit). Again, Ms. Herries does not claim to have ever once indicated to the process server that she could not accept service…

“If service of process is somehow not proper on defendants (the DNC and its then-Chairperson) vis-à-vis the person presented to respond to the process server who does not even tell the process server that there are issues in her accepting service, then Defendants are essentially taking affirmative steps to evade service of process. Defendants’ offices are inside of a heavily-secured, large office building. There is no means for a process server to serve Defendants other than to request the security guards to call for a representative to come to the lobby to accept service of process, which is what happened in this case. While Defendants ultimately rely on the constitutional right to due process in seeking dismissal of this case, accepting Defendants’ argument would be tantamount to curtailing Plaintiffs’ right to petition their government for redress of grievances, as guaranteed by the First Amendment.”

The class action lawyers then provide the court a link to the video that was made of Lucas handing the lawsuit to the DNC representative and quote from the exchange that occurred, noting that the DNC staffer had every opportunity to advise that she wasn’t able to accept the lawsuit, but did precisely the opposite of that:

Process Server: “You’re with the DNC”

Process Server: “All right, well this is going to be a service to the DNC”

Process Server: “And this is for Debbie Wasserman Shultz”

Process Server: “You guys have been served.”

Process Server: “Thank you so much, we’ll see you in court”

The woman who accepted the lawsuit from Lucas, Becca Herries, was at the time a special assistant to then DNC CEO, Amy Dacey. Dacey was either terminated by the DNC or resigned on the same day Lucas was found dead on his bathroom floor.

Update 2:26 P.M. August 8, 2016: Wall Street On Parade spoke with the Office of the Chief Medical Examiner for Washington, D.C. this afternoon regarding the death of Shawn Lucas. They are not releasing the cause of death at this time and asked us to check back in two weeks.