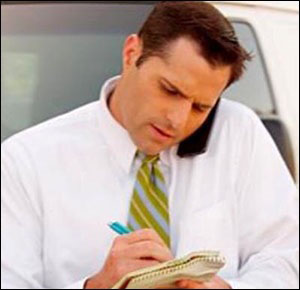 Christopher Sign, the ABC15 News Reporter Who Broke the Story of Attorney General Loretta Lynch Meeting Privately on her Plane With Bill Clinton

Facts matter, especially when one is trying to drill down to the truth. But despite dozens of news articles from major media outlets on the private meeting between Attorney General Loretta Lynch and Bill Clinton at Phoenix Sky Harbor International Airport last week, the facts have typically been reported wrong and serious questions left unanswered.

The well worn media narrative has now evolved that both Clinton and Lynch were in Phoenix on the same day for scheduled events. That’s wrong. Bill Clinton was in Phoenix on Monday, June 27, to meet with real-estate developer Jim Pederson and others. (Pederson was Chair of the Arizona Democratic Party from 2001 to 2005. According to Federal Election Commission records, Pederson gave nearly $7.3 million to the Arizona State Democratic Central Committee from 2001 to 2006.)

While Clinton was in Phoenix on Monday, Loretta Lynch was giving a speech in Baltimore, Maryland at a National Summit on Youth Violence Prevention, according to her public schedule and a news report in the Baltimore Sun.

Loretta Lynch flew into the Phoenix Sky Harbor International Airport on Monday evening after her Baltimore speech and the evening before she was to meet with local Phoenix officials on community policing on Tuesday, June 28. The fact that Lynch arrived the night before she was actually due in Phoenix, then held a private meeting on her plane with Bill Clinton, while his wife is under an active Justice Department criminal investigation for her use of a private email server that transmitted classified material while she served as Secretary of State, raises more questions.

By Wednesday, June 29 at 7:41 p.m., when the details surrounding the meeting should have been clearly established, Devlin Barrett of the Wall Street Journal was apparently being misled by his sources, which one would assume to include the Justice Department, on the date of the encounter. Barrett incorrectly reported the following:

“Attorney General Loretta Lynch met privately with former President Bill Clinton in Arizona on Tuesday, but Ms. Lynch told reporters that the two didn’t discuss the investigation into his wife’s email use as secretary of state.”

To fly to a city the evening before your event costs the taxpayer. Your entourage has to be put up in a hotel and fed. In addition, for reasons that are yet to be explained, the Attorney General was traveling with her husband while she was on official business scheduled for a regular day of the workweek.

Christopher Sign, a reporter for a local affiliate of ABC News, ABC15 in Phoenix, was the first to break the story of the meeting between Lynch and Bill Clinton. In a subsequent interview on Fox News, Sign reported that Lynch’s security detail from the FBI (which regularly provides security to her just as the Secret Service provides protection to the President and former Presidents) gave specific orders intended to limit leakage of the event. Sign stated to Fox News:

“The FBI there, on the tarmac, instructing everybody around no photos, no pictures, no cell phones…”

That raises another serious question that has gone unanswered: who exactly gave the order to the FBI to obstruct the public’s right to know about this meeting? If the order came from Loretta Lynch, that raises further, deeply troubling questions.

After Christopher Sign got his tip on the meeting and confirmed it with another unrelated source, Lynch was confronted in person on Tuesday, June 28, when she appeared at a press conference at the Phoenix Police Academy. (Lynch can be heard in the video below clearly confirming the meeting.) But the time lag from when Sign first confirmed the story to when ABC15 aired the story raises more unanswered questions.

The Police Academy press conference was held on Tuesday, June 28 but Sign didn’t report the story until Wednesday, June 29, at 9:50 a.m. according to online archives. He then followed up with a Tweet on the same day at 10:16 a.m., writing:

We sent three emails to Sign asking for an explanation as to why his report came a day after Lynch had confirmed in her press conference that she had met with Bill Clinton. As of now, we have not received a response. Was pressure put on ABC to block the story in a fashion similar to the FBI giving an order for no photos and no cell phones. How much more confirmation would one need than the Attorney General of the United States admitting she held the private meeting with Bill Clinton?

The word “optics” has been used repeatedly by both Democrats and Republicans to characterize the lack of judgment by the highest law enforcement officer in the land to engage in this tarmac meeting with the husband of a target under a criminal investigation. But the word “optics” is apparently an unfamiliar part of the lexicon of President Obama.

As all of this hubris was making the rounds of the Sunday talk shows, the Associated Press was reporting that President Obama would be campaigning alongside Hillary Clinton at an event today in Charlotte, North Carolina, adding this titillating note to the story: “The White House hasn’t ruled out Clinton and Obama traveling to the event together on Air Force One.”

Using Air Force One to shuttle to campaign stops a person who is under an active criminal investigation, even the act of considering it, shows just how far Washington has devolved into an elitist-centric echo chamber, completely removed from the sensibilities of the average American.

Yesterday’s New York Times delivered another, not so subtle, message to Attorney General Lynch, writing: “…Democrats close to Mrs. Clinton say she may decide to retain Ms. Lynch, the nation’s first black woman to be attorney general…” Of course, that’s not likely to happen if Hillary Clinton is indicted by Loretta Lynch’s Justice Department.