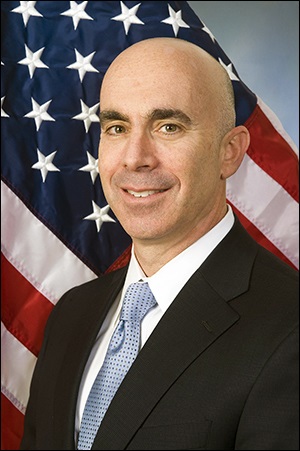 When the State Department Inspector General Steve Linick concluded his investigation of Hillary Clinton’s unauthorized use of a non-secure private server in her home to transmit classified material while she served as Secretary of State, he released a heavily footnoted 83-page report on the matter.

When FBI Director James Comey concluded his year-long investigation, he simply held a press conference and made a statement – devoid of any such “official” report from his agency. Yesterday, Wall Street On Parade contacted the FBI and asked when the official report might be forthcoming. We received the following emailed response:

“We don’t have any additional information to provide at this time. Thank you.”

The U.S. House of Representatives’ Committee on Oversight and Government Reform is apparently not content with the abbreviated statement from FBI Director James Comey either. The Committee has called Comey to testify today along with State Department Inspector General Linick and Charles McCullough, the Inspector General of the Intelligence Community. The hearing will convene at 10:00 a.m. in the Rayburn House Office Building.

Jason Chaffetz (R-UT), Chair of the Committee, released a statement regarding the hearing that said:

“The FBI’s recommendation is surprising and confusing. The fact pattern presented by Director Comey makes clear Secretary Clinton violated the law. Individuals who intentionally skirt the law must be held accountable. Congress and the American people have a right to understand the depth and breadth of the FBI’s investigation. I thank Director Comey for accepting the invitation to publicly answer these important questions.”

It is now indisputable that the presumptive Democratic nominee for President has repeatedly told serious falsehoods to the American people about her email transmission of classified material. Even the New York Times, which has endorsed Clinton for President, carried the Associated Press article titled: “Clinton Email Claims Collapse Under FBI Probe,” which laid bare Clinton’s serial untruths in the matter.

Those who see today’s hearing as just political opportunism by Republicans are missing the larger picture. The national security of the United States and those who put their lives on the line in service to their country may have genuinely been put in harm’s way by what FBI Director Comey called “extremely careless” behavior on the part of Clinton — who transmitted both Top Secret and Secret information over a non-secure computer server in the basement of her home for four years, without State Department approval to do so.

On June 8 of this year, the Associated Press reported that when the State Department released batches of Clinton’s emails to the public with notations to explain why some material was redacted, “at least 47 of the emails contain the notation ‘B3 CIA PERS/ORG,’ which indicates the material referred to CIA personnel or matters related to the agency.” This designation strongly suggests that Clinton may have revealed CIA assets and identities over a non-secure server.

State Department Inspector General Linick’s report on Clinton’s behavior was particularly scathing, noting that her representations that she had received approval from the State Department to use the private server was a complete fabrication of the facts. Linick comes from a high level law enforcement background, having served previously as an Assistant United States Attorney for the Justice Department in both California and Virginia. Linick also served as Executive Director of the Department of Justice’s National Procurement Fraud Task Force and Deputy Chief of its Fraud Section, Criminal Division. Part of his duties at the Justice Department was to supervise and participate in white-collar criminal fraud cases.

Republicans are far from the only ones outraged over the revelations by FBI Director Comey, who found that eight email chains sent or received over Clinton’s non-secure server “contained information that was Top Secret at the time they were sent” while “36 chains contained Secret information at the time.”

Jill Stein, likely to be nominated as the Green Party’s candidate for President when their convention is held in August, wrote an article for CounterPunch yesterday titled: “Why Hillary Clinton Should Be Prosecuted for Reckless Abuses of National Security.” In the article, Stein points out the following:

“All the elements necessary to prove a felony violation were found by the FBI investigation, specifically of Title 18 Section 793(f) of the federal penal code, a law ensuring proper protection of highly classified information. Director Comey said that Clinton was ‘extremely careless’ and ‘reckless’ in handling such information. Contrary to the implications of the FBI statement, the law does not require showing that Clinton intended to harm the United States, but that she acted with gross negligence.”

The “gross negligence” requirement that Stein appears to be referring to is contained in this passage of the Statute she references:

According to Comey’s press conference statement on Tuesday, prior to Clinton turning over her work-related emails to the State Department, which had been stored on her private server, the following had occurred:

“…when one of Secretary Clinton’s original personal servers was decommissioned in 2013, the e-mail software was removed. Doing that didn’t remove the e-mail content, but it was like removing the frame from a huge finished jigsaw puzzle and dumping the pieces on the floor. The effect was that millions of e-mail fragments end up unsorted in the server’s unused—or ‘slack’—space. We searched through all of it to see what was there, and what parts of the puzzle could be put back together.”

Comey also found that Clinton had, indeed, deleted some work-related emails, stating at his press conference:

“The FBI also discovered several thousand work-related e-mails that were not in the group of 30,000 that were returned by Secretary Clinton to State in 2014. We found those additional e-mails in a variety of ways. Some had been deleted over the years and we found traces of them on devices that supported or were connected to the private e-mail domain… This helped us recover work-related e-mails that were not among the 30,000 produced to State. Still others we recovered from the laborious review of the millions of e-mail fragments dumped into the slack space of the server decommissioned in 2013.

“With respect to the thousands of e-mails we found that were not among those produced to State, agencies have concluded that three of those were classified at the time they were sent or received, one at the Secret level and two at the Confidential level.”

A simple translation of that statement is that Hillary Clinton deleted a document classified at the Secret level after transmitting it over a non-secure server that she never received approval to use in the first place.

This matter is not going away anytime soon.