At the Democratic debate at Drake University in Des Moines, Iowa on November 14, 2015, Hillary Clinton attempted to portray herself as the fierce enemy of hedge funds. She told the audience the following:

“You have two billionaire hedge fund managers who started a Super PAC and they’re advertising against me in Iowa as we speak. So they clearly think I’m going to do what I say I will do….”

But two hedge fund billionaires backing a Republican candidate pales in comparison to the tens of millions of dollars flooding into Hillary Clinton’s campaign from other hedge fund billionaires – including money flowing into a joint fundraising committee called the “Hillary Victory Fund” that is sluicing money to both Hillary’s main candidate committee, Hillary for America, as well as into the Democratic National Committee and 33 separate state Democratic committees, which has some observers crying foul.

A recent article at CounterPunch, which questioned the ethics of the arrangement, quotes Paul Blumenthal, campaign finance reporter for the Huffington Post, as follows:

“It is a highly unusual arraignment if only because presidential candidates do not normally enter into fundraising agreements with their party’s committees until after they actually win the nomination. And second, Clinton’s fundraising committee is the first since the Supreme Court’s 2014 McCutcheon v FEC decision eliminated aggregate contribution limits and congress increased party contribution limits in the 2014 omnibus budget bill.”

The Democratic National Committee has come under repeated fire for showing favoritism toward Hillary Clinton’s candidacy versus that of Bernie Sanders. Federal Election Commission (FEC) filings show that the Hillary Victory Fund has given over $600,000 to the Democratic National Committee and tens of thousands of dollars each to the individual state committees that signed on to the joint fundraising plan.

Hedge funds and private equity firms are desperate to hold on to their tax perversion known as “carried interest,” which allows their winnings to be taxed at rates lower than those paid by some plumbers and nurses. In no small part, it’s how hedge fund operators ended up as billionaires, effectively subsidized by the wage earner. 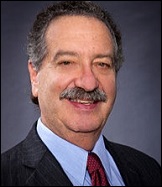 Dozens of other hedge fund and private equity operators gave lesser amounts to the Hillary Victory Fund. For example, Scott Shleifer of Tiger Global Management kicked in $167,000 while Mark Gallogly of Centerbridge Partners anted up $66,800. 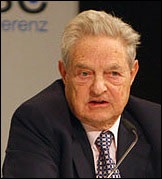 George Soros, Hedge Fund Manager, Has Given Over $7 Million in Support of Hillary Clinton’s Bid for the White House

Other hedge fund billionaires have skipped the Hillary Victory Fund while writing out stunning amounts to the Super Pac supporting Hillary. On January 11 of this year, James Simons, the billionaire founder of hedge fund Renaissance Technologies, who now runs a family office called Euclidean Capital, wrote out a single check for $3.5 million to Priorities USA.