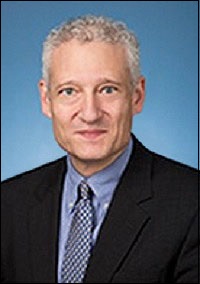 Deutsch, now lead counsel to Senator Bernie Sanders’ campaign for President, would seem to be well qualified in defining what is and is not legal under Federal election law. From 2006 to 2014, Deutsch was Chief of Staff and Senior Legal Advisor to Commissioner Steven T. Walther at the FEC. Prior to that, he served as Assistant General Counsel at the FEC from 2004 to 2006 where he supervised a team of Federal election law attorneys.

The joint fundraising committee set up by the Clinton campaign is called the Hillary Victory Fund. Its Treasurer, Elizabeth Jones, doubles as the Chief Operating Officer for Hillary Clinton’s main campaign fund, Hillary for America. The joint committee was supposed to financially benefit the Hillary campaign, the DNC, and 32 state committees that agreed to come on board. The concept, in theory, is to raise joint funds to benefit the broader Democratic party and congressional candidates running for office. But by ramping up the joint fundraising committee before the primary races have concluded, before Hillary is even the party’s nominee, and with her own people in charge of the joint committee, it has created the growing perception that this so-called joint effort is really just a ham-fisted appendage of a political machine that wants to skip the quaintness of primary voting and let big donors install the Democratic party’s candidate.

The arrogance of this attitude has outraged Bernie Sanders’ supporters and piqued curiosity about what’s really going on inside the Hillary Victory Fund. The picture hasn’t been pretty to date and, unfortunately, it is adding to the negative public perception that Hillary Clinton can’t be trusted.

Under Federal election law, all that the Hillary for America primary campaign committee can accept from an individual donor is a maximum of $2700 for the primary election and an additional $2700 for the general election. But by setting up the Hillary Victory Fund as a joint committee between the DNC, 32 state party committees and the Hillary Clinton campaign, the super wealthy are able to contribute a whopping $712,200, with much of that finding its way into Hillary’s main campaign fund, Hillary for America.

Here’s the specific math. In addition to the $2700 an individual can contribute to a Federal candidate’s primary campaign, a donor can also contribute up to $33,400 to the DNC and $10,000 to each of the state parties. With 32 state parties signing on to the Hillary Victory Fund, that’s $320,000 plus $33,400 for the DNC for a total of $353,400. If that individual has not previously given to Hillary Clinton, you can add another $2700 for a total of $356,100. A single check can be written to the joint fundraising committee for that stunning amount.

But it gets a lot worse in terms of the 99 percent having a voice in politics in America. Because the first $356,100 is counted toward the primary phase of the election, the same amount can be donated again by the same individual for the general election once the calendar turned to 2016, the year of the general election, allowing Wall Street billionaires and hedge fund moguls the ability to pony up a total of $712,200 by writing a mere two checks to the Hillary Victory Fund. (The same billionaires and hedge fund moguls are writing out checks for millions more to Priorities USA, a Super PAC that is supporting Hillary.)

So if all of this stinks to high heaven but is legal, why is Brad Deutsch, the campaign finance legal eagle crying foul. According to Deutsch, the Hillary campaign is double-dipping. Deutsch writes in the letter:

“…these extremely large-dollar individual contributions have been used by the Hillary Victory Fund to pay for more than $7.8 million in direct mail efforts and over $8.6 million in online advertising, both of which appear to benefit only HFA by generating low-dollar contributions that flow only to HFA, rather than to the DNC or any of the participating state party committees…at best, the joint fundraising committee’s spending on direct mail and online advertising appears to represent an impermissible in-kind contribution from the DNC and the participating state party committees to HFA. At worst, using funds received from large-dollar donors who have already contributed the $2,700 maximum to HFA may represent an excessive contribution to HFA from these individuals.”

The firm conducting the direct mail campaign for the Hillary Victory Fund, Chapman Cubine Adams + Hussey, now says on its Facebook page, in response to an article we published about its overt bias against Bernie Sanders, that it no longer works for the DNC. But how can that be? According to the Center for Responsive Politics, based on FEC records, Chapman Cubine Adams + Hussey has been paid $2.4 million by the Hillary Victory Fund in this election cycle. (Our own review of FEC records show these payments continuing into the first quarter of this year.) Under Federal campaign law, expenditures of a joint fundraising committee must be split proportionally to the amount raised for each participant. Since large sums are flowing to the DNC from the Hillary Victory Fund, and the DNC signed a joint agreement to be part of this fund, it would seem that the direct mail campaign of the Hillary Victory Fund would legally have to be on behalf of all parties to the agreement: the DNC, Hillary Clinton and the 32 state party committees that signed this joint fundraising agreement.

Equally curious, Chapman Cubine Adams + Hussey (known as Adams Hussey & Associates until 2011) did not ask us to correct our article in any way, including its assertion that it has stopped working for the DNC. It simply posted a small blurb to its Facebook page. That may well be because it also recognizes that there is a much larger story here.

According to a press release issued on April 28, 2009, when it was still called Adams Hussey & Associates, it was “selected as agency of record by the Democratic National Committee (DNC) and Organizing for America, a project of the DNC.” According to SourceWatch, Organizing for America “was the rebranded successor to Obama for America, the election campaign organization for Barack Obama in 2008. It was moved into and run by the Democratic National Committee to mobilize support for Obama’s policy agenda.” This suggests that not only did this direct marketing firm have the intellectual capital gleaned over many years from work at the DNC but it also had intellectual capital gleaned from Obama’s campaign. That’s a powerful amount of intellectual capital – a treasure trove that a rational person might perceive as belonging to the DNC, to be used for the equitable benefit of all candidates.

But by Chapman Cubine Adams + Hussey being allowed to move their operation over to the Hillary Victory Fund where Hillary’s own people are in charge, and openly calling Hillary the “future President” on the firm’s Facebook page while Bernie Sanders is still a contender against her in the primary elections, there is the distinct impression of foul play.

According to FEC records, Adams Hussey & Associates (including its successor name Chapman Cubine Adams + Hussey) was paid more than $7.5 million directly by the DNC for work in the 2010, 2012, 2014 and 2016 campaign cycles. Indeed, records show that beginning in 2010, the firm consistently won awards for its work on behalf of the DNC. In this 2011 article, the intellectual capital derived from its telemarketing work on behalf of the DNC was described as follows:

“In the world of fundraising, where organizations are planning their year-end appeals while the ice-cream trucks are still beckoning to vacationing students mid-week mid-day, two months doesn’t seem like a long time. But that was all it took for the Democratic National Committee to pull off the highest-grossing major-donor phone campaign in its history. Created by Chapman, Cubine, Adams & Hussey on behalf of the DNC, the ‘Final Days’ (as in there were 40 days left until the 2010 elections) campaign actually beat the highest-income-producing campaign from the record-setting 2008 presidential election by 10 percent. Plus, according to CCA&H’s Lon Chapman, ‘the astonishing 72 percent credit card pledge rate meant that nearly three quarters of the money was collected within 72 hours.’ ”

Another potentially serious violation at the Hilllary Victory Fund is called out by Deutsch in his April 18 letter to the DNC:

“Finally, the Hillary Victory Fund’s FEC disclosure reports indicate that all of the joint fundraising committee’s $2.6 million in spending for salaries and overhead expenses so far has been in the form of reimbursement to HFA [Hillary for America] for providing these services. This fact raises equally serious concerns that joint committee funds, which are meant to be allocated proportionally among the participating committees, are being used to impermissibly subsidize HFA through an over-reimbursement for campaign staffers and resources.”

In a February 20 article in the Washington Post, Lawrence Noble, a former general counsel at the FEC, currently with the nonpartisan Campaign Legal Center was quoted as follows:

“I’ve never seen anything like this. Joint victory funds are not intended to be separate operating committees that just support a single candidate. But they appear to be turning the traditional notion of a joint committee into a Hillary fundraising committee.”

If Bernie Sanders hopes to make good on his call for a political revolution, the next step is to bring the machinations of the Hillary Victory Fund to a higher authority than the DNC, a willing participant itself in the scheme. 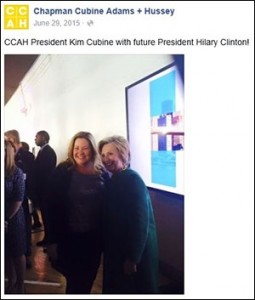