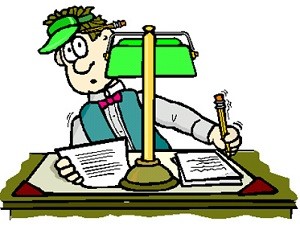 The country that has delivered epic accounting frauds like Enron, Worldcom, Tyco, and Bernie Madoff just flunked its own audit. Yesterday, the Government Accountability Office, the nonpartisan investigative arm of Congress, released a thumbs down report on how the U.S. government keeps its books. The GAO said it could “not render an opinion on the federal government’s consolidated financial statements for FY 2015 because of persistent problems with the Department of Defense’s (DOD) finances, the federal government’s inability to account for and reconcile certain transactions, an ineffective process for preparing the consolidated financial statements, and significant uncertainties.”

The two words that no one ever wants to see attached to an audit report are these: “material weaknesses.” But those two words crop up in GAO’s findings. It says the following:

The press release issued with the comprehensive report yesterday said that almost all of the key federal agencies received clean audit opinions for their fiscal year 2014 financial statements but for 2015 the Department of Defense, Department of Housing and Urban Development and the Department of Agriculture failed to get clean opinions.

The GAO also said it is concerned about risks that could affect the federal government’s financial condition in the future (as if flunking an audit is not enough to worry about). It highlighted the following risks:

The Pension Benefit Guaranty Corporation’s (PBGC) financial future is uncertain…PBGC’s liabilities exceeded its assets by over $76 billion as of September 30, 2015. The agency also may experience further losses if there are more corporate pension plan terminations.

Another risk pertains to the government’s conservatorship of Fannie Mae and Freddie Mac during the 2008 financial crash. According to the GAO, “the reported maximum remaining contractual commitment to the GSEs, if needed, is $258.1 billion.”

Another risk says the GAO is the U.S. Postal Service. It “continues to be in a serious financial crisis as it has reached its borrowing limit of $15 billion and finished fiscal year 2015 with a reported net loss of $5.1 billion.”

So just to sum up, the country that spends more in military outlays than the eight other largest spending countries combined, can’t account for the money. The country whose regulators allowed Wall Street banks to dump their toxic subprime sludge onto to Fannie Mae and Freddie Mac, is on the hook for another $258.1 billion after already suffering tens of billions of dollars in losses. And, finally, those lines at the Post Office are likely to get a lot longer.

If you think that Donald Trump, the presidential candidate sporting the slogan “Make America Great Again,” could whip the country’s books into shape if he got elected President, you might want to consider this. Yesterday, Bloomberg News reported that Trump’s financial disclosures for his presidential bid said he was making millions on his investments in golf courses in Scotland and Ireland, when, in fact, they are losing money. For example, for 2014, Trump claimed income of $20.3 million from Trump Turnberry. But according to the Bloomberg report, “the accounts for Golf Recreation Scotland, which owns the course, show a loss of 3.6 million pounds for 2014.”

How did The Donald explain the discrepancies? Trump told Bloomberg that “the amounts listed in his financial disclosures are based on ‘projected future income.’ ”

Bloomberg was quick to note that “Campaign finance experts say the rules on disclosure require candidates to report payments they’ve received, not estimates for future income.”