60 Minutes Raises the Question: Are Dirty Lawyers Running the U.S. 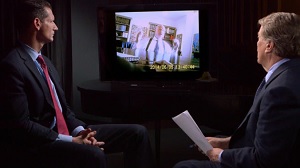 Wall Street, based in New York City, collapsed the U.S. financial system under the weight of its own corruption in 2008. We’ve just come off another year of unprecedented corruption on Wall Street, topped off with two major U.S. banks, Citigroup and JPMorgan Chase, pleading guilty to felony counts for rigging foreign currency trading. Elsewhere in the state of New York, the heads of both legislative branches, Dean Skelos, the Senate Majority Leader, and Sheldon Silver, Speaker of the Assembly, were convicted on corruption charges in the waning days of 2015.  Last evening, the CBS investigative news program, 60 Minutes, produced video evidence that 15 out of 16 lawyers in New York City were willing to discuss strategies with a potential client for laundering dirty money into the U.S. financial system through shell companies.

In short, New York State is facing an epidemic of corruption and it’s long past the time to bring in a Justice Department Taskforce to clean up the mess.

In 2013, we warned in an article at CounterPunch that New York was drowning in corruption; that both lawyers and judges were fixing court cases. Five years earlier, reporter Wayne Barrett wrote the following in the pages of The Village Voice, following an in-depth investigation:

“It wasn’t just that a case could be fixed. The darker secret was that the bench itself had been bought, that its polyester black robes were on a perpetual special-sale rack, that smarmy party bosses, ensconced at 16 Court Street across from the supreme court they ruled, demanded cash tribute to ‘make’ a judge. The district attorney, Joe Hynes, who first heard the rumor 36 years ago when he was a young prosecutor running the office’s rackets bureau, said in 2003 that he’d have to be ‘naive to think it didn’t happen,’ that it was ‘common street talk that this has been going on for eons.’”

Just last February, the New York Times published its investigative findings on a foreign dirty money epidemic in New York City. The article looked at the luxury condos of the Time Warner Center and opened with these two revealing paragraphs:

“On the 74th floor of the Time Warner Center, Condominium 74B was purchased in 2010 for $15.65 million by a secretive entity called 25CC ST74B L.L.C. It traces to the family of Vitaly Malkin, a former Russian senator and banker who was barred from entering Canada because of suspected connections to organized crime.

“Last fall, another shell company bought a condo down the hall for $21.4 million from a Greek businessman named Dimitrios Contominas, who was arrested a year ago as part of a corruption sweep in Greece.”

The Times investigation found further that almost half of luxury homes nationwide worth at least $5 million are being purchased through shell companies.

Now, 60 Minutes has provided the public with a close look at the logistics of the role played by ethically challenged lawyers in New York City to keep the spigot of foreign bribes flowing into the U.S. Tragically, the video evidence didn’t come from U.S. law enforcement but from a London-based nonprofit, Global Witness, which works to stop developing countries from being looted through backdoor money-laundering channels. The group found that the U.S. has an “open door” policy for receiving tainted money.

Global Witness had a man posing as a potential client make appointments with 13 New York City law firms and secretly videotaped the conversations with the 16 lawyers he met with at those firms. The Global Witness employee posed as a consultant to a Minister of Mines in a small African nation and told the lawyers that the Minister made the equivalent of a teacher’s salary in the U.S. but had accumulated enough to buy a $10 million brownstone, a $10 to $20 million Gulfstream jet and a $200 to $300 million yacht – all from “facilitating” foreign corporations in buying up mineral rights in the small African nation. Only one of the 16 lawyers refused to be a party to the money laundering. The other 15 lawyers, reports 60 Minutes, “suggested ways that the suspicious funds could be moved into the U.S. without compromising the minister’s identity.”

The standard tactics are to set up shell companies where secrecy is protected under the limited liability corporation (LLC) structure; route the money first through a series of offshore tax havens; use “straw men” as fronts for the real source of funds; and engage small U.S. money managers who “are often more flexible and understanding and less concerned about their reputation. Because they fly, to a greater extent, below the radar screen,” said one actual attorney who appears in a video.

The 60 Minutes report also notes a World Bank study that looked at 100 countries and found that the U.S. “was the favorite place for corrupt officials to set up anonymous shell companies,” other than Kenya.

The U.S. government has known for decades that money laundering was occurring at not just small money managers but at some of the largest banks on Wall Street. On November 9-10, 1999, the U.S. Senate’s Permanent Subcommittee on Investigations looked at the role of Citigroup’s retail bank, Citibank, in facilitating money laundering for foreign despots. Senator Carl Levin reported the following in his opening remarks:

Robert L. Roach, Counsel to the Senate investigation, testified that the Relationship Manager’s role is to function as “in-house advocates” for the interests of their clients. Roach explained the services provided to Salinas, brother to then President of Mexico, Carlos Salinas, as follows:

“To accommodate Mr. Salinas’ desire to conceal the fact that he was moving money out of Mexico, Ms. Elliott introduced Mr. Salinas’ then-fiancée Paulina Castanon as Patricia Rios to a service officer at the Mexico City branch of Citibank. Operating under that alias, Ms. Castanon would deliver cashiers checks to the branch where they would be converted into dollars and wired into a concentration account in New York. The concentration account is a business account established by Citibank to hold funds from various destinations prior to depositing them into the proper accounts. Transferring funds through this account enables a client’s name and account number to be removed from the transaction, thereby clouding the audit trail. From there, the money would be transferred to the Trocca, Ltd. accounts in London and Switzerland…

In the 60 Minutes program, one of the hidden camera videos with attorney Marc Koplik captured the essence of why New York and the U.S. are unable to dig out of the corruption epidemic. The exchange was as follows:

Marc Koplik: They don’t send the lawyers to jail, because we run the country.

Ralph Kayser [Global Witness impersonator of a consultant for an African Minister wanting to launder money]: Do you run the country?

Ralph Kayser: I love it.

Albert Grant: I should say, some lawyers run the country.

Ralph Kayser: So, you are, you are some of them? Two of them?

Marc Koplik: We’re still members of a privileged, privilege class in this country.

Ralph Kayser: So, how, what does it mean you run the country? It means you?

Marc Koplik: We make the laws, and when we do so, we make them in a way that is advantageous to the lawyers.

A few weeks before the 60 Minutes program aired, the U.S. Treasury’s Financial Crimes Enforcement Network (FinCen) announced it will look at the beneficial owners behind shell companies buying up luxury real estate in two markets: Manhattan and Miami-Dade County, Florida. The information gathering will expire on August 27, 2016.

In 2014, we took an in-depth look at how FinCen had handled the role of JPMorgan Chase in facilitating money laundering in the Bernard Madoff Ponzi scheme. It was not a pretty picture.

Engaging FinCen instead of the U.S. Justice Department is a wholly inadequate response to a crime wave being run by lawyers who believe they are above the law. And to get a U.S. Justice Department that will aggressively pursue criminals, regardless of their wealth or connections, we must first end continuity government in the Oval Office.