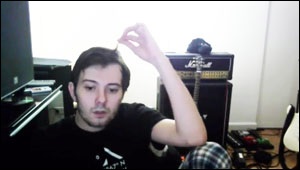 Martin Shkreli, Live Streaming Himself In Pajama Bottoms Within the Past Week

While Holder was in the position as the top law enforcement officer in the land, the firm he would rejoin, Covington & Burling, was serving as “counsel to the underwriters” of a stock offering by Retrophin, then headed by CEO Martin Shkreli, the man the Justice Department is now accusing of looting Retrophin, a pharmaceutical startup, in a brazen Ponzi scheme type of operation.

Covington and Burling lawyers, Donald J. Murray and Eric W. Blanchard, are listed on the Registration statement filed by Retrophin on December 18, 2013. The law firm’s web site lists Murray as the Chair of the firm’s Securities and Capital Markets Practice Group and Blanchard as the Vice Chair. The law firm’s web site also lists an Associate, Gustavo Akkerman, as representing the “underwriters in the initial public offering of Retrophin, Inc., a biopharmaceutical company focused on treatment of catastrophic diseases.”

The SEC has also brought related charges against Shkreli and Greebel. Retrophin is suing Shkreli in Federal Court in Manhattan after firing him last year. In the Federal suit, Retrophin calls Shkreli the “paradigm of a faithless servant,” providing the following detail: “Starting sometime in early 2012, and continuing until he left the Company, Shkreli used his control over Retrophin to enrich himself, and to pay off claims of MSMB investors [hedge funds operated by Shkreli] (who he had defrauded).” (Read the full text of the Retrophin lawsuit against Shkreli here.)

According to the Docket in the Federal lawsuit filed by Retrophin, Shkreli is being represented by three high-priced lawyers: Elissa J. Preheim of Arnold & Porter, Richard T. Marooney, Jr. of King & Spalding and Wendy W.H. Waszmer, also of King & Spalding.

The 30-something Shkreli, founder of Retrophin and its first CEO, who was not only able to shepherd firms like Covington & Burling and Katten to launch his stock offering to the public, and is now represented by another team of legal heavy weights over charges he looted the company, is spending his evenings and wee hours of the morning live-streaming his sleep-deprived persona from YouTube, on one occasion in what appears to be pajama bottoms.

All of this further raises the question as to just what has happened to the U.S. securities markets, which at one time held the respect and confidence of the American people as well as much of the civilized world.

Covington & Burling’s counsel to the stock underwriters of a pharmaceutical company led by Mr. Pajama Bottoms (whose formal educational background is unrelated to medicine) must be weighed against its prior involvement with Big Tobacco. As we reported previously:

“In an August 17, 2006 decision against tobacco companies…Judge Gladys Kessler of the U.S. District Court for the District of Columbia found that ‘Cigarette smoking causes disease, suffering, and death. Despite internal recognition of this fact, Defendants have publicly denied, distorted, and minimized the hazards of smoking for decades.’ The Court issued a blistering analysis of the role of Covington & Burling:

“ ‘Finally, a word must be said about the role of lawyers in this fifty-year history of deceiving smokers, potential smokers, and the American public about the hazards of smoking and second hand smoke, and the addictiveness of nicotine. At every stage, lawyers played an absolutely central role in the creation and perpetuation of the Enterprise and the implementation of its fraudulent schemes. They devised and coordinated both national and international strategy; they directed scientists as to what research they should and should not undertake; they vetted scientific research papers and reports as well as public relations materials to ensure that the interests of the Enterprise would be protected; they identified ‘friendly’ scientific witnesses, subsidized them with grants from the Center for Tobacco Research and the Center for Indoor Air Research, paid them enormous fees, and often hid the relationship between those witnesses and the industry; and they devised and carried out document destruction policies and took shelter behind baseless assertions of the attorney client privilege.’

“The Court made clear exactly which law firms it was singling out in a footnote, stating: ‘Despite the apparent conflict of interest, a few law firms, particularly Covington & Burling and Shook, Hardy & Bacon, represented the shared interests of all the Defendants and coordinated a significant part of the Enterprise’s activities.’ ”