One Chart That Should Make Americans Wake Up 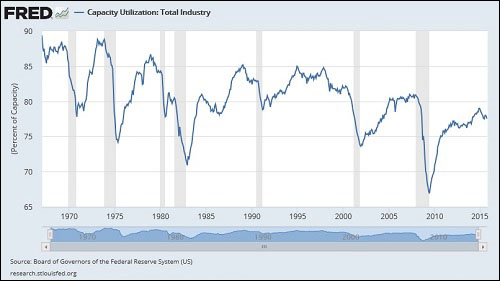 Thanks to the Occupy Wall Street movement and more recent cross-country stumping by Senator Bernie Sanders, millions of Americans have awakened to the frightening reality that corrupted power in America is now fully engaged  in running an institutionalized wealth transfer system cleverly masquerading as an economic model. As Senator Sanders has reminded the tens of thousands turning out to hear him speak:

The U.S. has the greatest income and wealth inequality of any other major developed country;

One percent of the population now controls a greater share of pre-tax income than at any time since the 1920s, (the last time Wall Street was legally allowed to gamble for the house with bank deposits);

The top one-tenth of one percent of the super elite own almost as much wealth as the bottom 90 percent;

Since Wall Street imploded under the weight of its own corruption in 2008, destroyed the U.S. economy, used taxpayer money to bail itself out and reward the financial elites with millions of dollars in bonuses and golden parachutes, only the poor and middle class have paid the price. The one percent have reaped 58 percent of all income gains since the crash.

In addition to the inhumanity of this economic model, which has left one in every five American children living in poverty and 52 percent of Americans unable to raise $400 in an emergency (according to a 2014 Federal Reserve study), this model is also the fast track to the demise of America as an economic engine.

Above is the Capacity Utilization rate for total industry in the United States since the 1960s. This is a measure of how much of our productive capacity at plants and mines and utilities are actually being used in response to demand. Lower rates of utilization mean there is too much slack in the economy with not enough people able to afford to buy the goods or output that could be produced at 100 percent utilization. Low and declining levels of capacity utilization are completely consistent with high levels of income inequality. This also invariably leads to plant closings, layoffs, and, thus, a continuing vicious cycle of less disposable income, more slack, more layoffs, more plant closings.

If America was truly on the right track, would our plants and utilities have been operating at 85 percent of capacity in the 70s, 80s and 90s, and now only operating at 77.5 percent as of this October – despite trillions of dollars spent on unprecedented fiscal stimulus, Fed loans to Wall Street and three rounds of quantitative easing since the crash?

Wall Street’s money grab is crippling America and our children’s future and ill-conceived trade deals by the power elite are accelerating the downward trend. There is no better way to understand the real threat of declining Capacity Utilization rates than this excerpt from a piece by Andy Harshaw posted at the web site of the steel manufacturer, ArcelorMittal, on June 23, 2015:

“Record levels of steel imports – up 70 percent for flat carbon products alone since 2013 – have consumed typical market demand that domestic steelmakers like ArcelorMittal would normally serve. As a result of this and other market forces, many of our key assets are running at relatively low capacity utilization levels, and they have been for quite some time.

“Let’s focus on one example, our hot strip mills (HSMs) in the U.S., which average only 70 percent utilization. This means that they aren’t producing roughly 30 percent of the time, even though we are paying the costs associated with operating and maintaining those assets as if they were operating 100 percent of the time. Each of the companies’ four largest HSMs in the U.S. requires an average of $39 million per year in repair and maintenance just to keep them operating. On the whole, our U.S. operations require more than $1 billion in repair and maintenance costs each year.

“For our facilities to succeed there is no doubt we need a stronger U.S. market, where imports compete fairly rather than via unfair trade practices to gain market share. We also need the right set of assets that match the geographic reach of our customers, a skilled workforce that embraces the competitive forces at play in our industry while being cost conscious on all fronts. Companies that adapt to changing conditions will survive; those who refuse to change will continue to fill the coffers of the bankruptcy lawyers.”

Bankruptcy lawyers, Wall Street CEOs, and beneficiaries of Washington’s gold-plated revolving door are doing just fine in America. We need a President and a Congress that genuinely care about the rest of Americans.