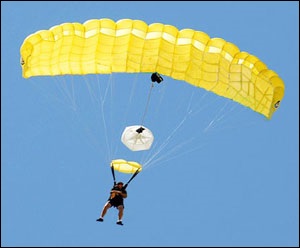 America’s new gilded age has been lined with Golden Parachutes with pathological underpinnings.

On September 11, 2002, the Securities and Exchange Commission brought charges against the three top executives of Tyco International. The complaint began with this: “This is a looting case.”

The SEC charged that Tyco’s CEO, Dennis Kozlowski and Mark Schwartz, its CFO, “took hundreds of millions of dollars in secret, unauthorized and improper low interest or interest-free loans and compensation from Tyco.” The transactions were concealed from shareholders and, according to the SEC, “Kozlowski and Swartz later pocketed tens of millions of dollars by causing Tyco to forgive repayment of many of their improper loans” and “engaged in numerous highly profitable related party transactions with Tyco and awarded themselves lavish perquisites — without disclosing either the transactions or perquisites to Tyco shareholders.”

USA Today reported that the Manhattan apartment that Tyco had been providing to Kozlowski “includes a $6,000 shower curtain, coat hangers valued at $2,900, two sets of sheets for $5,960 and a $445 pincushion.”

The SEC also charged that the General Counsel of Tyco, Mark Belnick, a former partner of the corporate law firm Paul, Weiss, Rifkind, Wharton & Garrison, “defrauded Tyco shareholders of millions of dollars through egregious self-dealing transactions.” According to the SEC, “from 1998 into early 2002, Belnick received approximately $14,000,000 in interest-free loans from Tyco to buy and renovate a $4,000,000 apartment on Central Park West and to buy and renovate a $10,000,000 ski chalet in Park City, Utah.” The SEC noted that “by failing to disclose his self-dealing to investors, Belnick violated the antifraud provisions of the federal securities laws.”

Kozlowski and Schwartz were eventually tried by the Manhattan District Attorney’s office and sent to prison. (Both are out now.) Belnick was acquitted by a jury on fraud and larceny charges brought by the D.A. The jury believed that Belnick had internal company approvals for the loans. The SEC eventually settled its civil case against Belnick with a civil penalty in the amount of $100,000 and the prohibition that he not serve as an officer or director of a public company for a period of five years. He was allowed to retain his law license.

One of the most striking revelations in the Belnick case was the retention agreement Belnick had with Tyco. It guaranteed Belnick a payment of at least $10.6 million should he commit a felony and be fired before October 2003.

Another obscene Golden Parachute that came to light involved a Dow Jones Industrial Average blue chip company: General Electric. On September 23, 2004, the Securities and Exchange Commission settled charges against General Electric for failure to report to shareholders the details of the retirement package it had provided to its retiring Chairman and CEO, Jack Welch. The Golden Parachute guaranteed Welch “for the remainder of his life, continued access to Company facilities and services comparable to those provided to him prior to his retirement.”

What exactly were those facilities and services? When Welch retired on September 30, 2001, according to the SEC, he was going to enjoy the following for the rest of his life: “(a) access to GE aircraft for unlimited personal use and for business travel; (b) exclusive use of a furnished New York City apartment that, according to GE, in 2003, had a rental value of approximately $50,000 a month and a resale value in excess of $11 million; (c) unrestricted access to a chauffeured limousine driven by professionals trained in security measures; (d) a leased Mercedes Benz; (e) office space in both New York City and in Connecticut; (f) the services of professional estate and tax advisors; (g) the services of a personal assistant; (h) communications systems and networks at Welch’s homes, including television, fax, phone and computer systems, with technical support; (i) bodyguard security for various speaking engagements, including a book tour to promote his autobiography Jack: Straight from the Gut; and (j) installation of a security system in one of Welch’s homes and continued maintenance of security systems GE previously installed in three of Welch’s other homes.”

The SEC settled its Cease and Desist order against GE for failing to adequately report these perks to shareholders without fining GE. Welch gave up most of the perks after being assailed in the media. This obscene Golden Parachute only came to light because Jack Welch was going through a divorce and his wife made the details public, including that GE was picking up his living expenses in the Manhattan apartment “from wine and food to laundry, toiletries and newspapers,” according to the New York Times.

A study by Paul Hodgson and Greg Ruel on behalf of GovernanceMetrics International found that since 2000, there have been 21 corporate CEOs who have received Golden Parachutes in excess of $100 million. One of the most stunning examples was Viacom’s Thomas Freston who received more than $100 million for just nine months as CEO.

Today, Wall Street has added another insidious practice to Golden Parachutes. As we reported in 2013, the sitting U.S. Treasury Secretary, Jack Lew, received a $940,000 parting bonus from a Wall Street bank which was predicated on “full time high level position with the United States Government or a regulatory body,” terms that were spelled out in his employment agreement. Lew accepted the funds even though his employer at the time, Citigroup, was being propped up with the largest taxpayer bailout in U.S. history.

Now, the AFL-CIO has submitted shareholder proposals to six Wall Street banks and investment banks, asking for this practice of Government Service Golden Parachutes to end. The Wall Street firms involved are Bank of America, Goldman Sachs, Citigroup, JPMorgan Chase, Lazard and Morgan Stanley. In addition to Jack Lew’s deal, the AFL-CIO states that Morgan Stanley’s “Chairman and CEO James Gorman was entitled to $9.35 million in vesting of equity awards if he had a government service termination on December 31, 2013.”

And while we’re on the subject of Golden Parachutes, it’s also time to end these obscene payments for office space for departing Presidents of the United States. According to the Congressional Research Service, former President Bill Clinton received a whopping $429,000 for office space from the taxpayer for fiscal year 2015 while George W. Bush received $434,000. That’s on top of the pensions and Secret Service expense also doled out on former Presidents.

A nation with 46.7 million people living in poverty, including one in every five children, simply cannot continue to tolerate these institutionalized wealth transfer systems. When our government begins to mimic the obscenities of Wall Street, we know it’s time for meaningful reform.