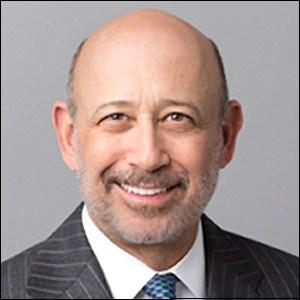 Yesterday, in a stunning decision packed with Orwellian reverse speak, Judge Victor Marrero of the U.S. District Court for the Southern District of New York (where cases against Wall Street firms are thrown out like penny candy by a carnival barker) dismissed claims against Goldman Sachs in a case so fraught with the appearance of corruption that it had commanded an investigation by the U.S. Senate’s Permanent Subcommittee on Investigations.

Plaintiffs in the case were investors in Hudson Mezzanine Funding 2006-1 and 2006-2, synthetic bets on toxic mortgages which Goldman sold to investors while making multi-billion-dollar bets for its own firm that the deals would fail.

In writing his decision to dismiss the claims by plaintiffs, the Judge actually acknowledged that employees of Goldman Sachs had called what they were selling to their customers “crap” and “junk” in internal emails that were introduced into evidence. Judge Marrero further conceded that Goldman Sachs was aware of deteriorating fundamentals in the subprime mortgage market and needed to “flip” its risk onto the shoulders of its customers. But none of this convinced the Federal Judge – a so-called steward of the public trust – that he had an obligation to let the case proceed to trial and allow citizen jurors make their own determinations in the matter.

“Plaintiffs argue that three main categories of evidence support their argument that Defendants concealed investment risk, thereby making omissions of material fact. The Court is not persuaded that Plaintiffs have done more than make conclusory allegations or unsubstantiated speculation, even when considered in the aggregate, in arguing that Defendants made actionable omissions. First, Plaintiffs point to emails and documents from Goldman employees indicating that the Hudson CDOs were ‘crap,’ ‘junk that nobody was dumb enough to take [the] first time around,’ and consisted of ‘lemons’ that Goldman sought to ‘offload’ onto Glient investors… Other emails from employees indicated their belief that the ‘fundamentals for mortgage credit were undeniably deteriorating’ and the need for Goldman to ‘flip’its risk. Such emails are not enough to support a finding, at this stage, that Defendants made actionable omissions; those emails show, at most, that some Goldman employees, based on the same information available to the Plaintiffs, were bearish on the RMBS [Residential Mortgage-Backed Securities] market.”

At a hearing on April 27, 2010 before the Senate’s Permanent Subcommittee on Investigations, Lloyd Blankfein – still serving as Chairman and CEO of Goldman Sachs – was grilled on the deal by then Chairman of the Subcommittee, Senator Carl Levin. Part of the exchange went as follows. (Note carefully how Blankfein engages in an artful dance to avoid direct answers to the questions.)

Levin: The $2 billion Hudson synthetic CDO: Goldman Sachs was the sole protection buyer on this CDO with a $2 billion short. In other words, they were betting against it. A Goldman sales person described it as junk, not to the buyer, of course, but inside. The CDO imploded within 2 years. Your clients lost. Goldman profited. Now, there is such a fundamental conflict, it seems to me, when Goldman is selling securities which — particularly when its own people believe they are bad items, described in the way these emails show that they were described and what your own sales people believed about them — to go out and sell these securities to people and then bet against those same securities, it seems to me, is a fundamental conflict of interest and raises a real ethical issue…

Blankfein: Well, Senator, there is a lot in your question and I am sure we are going to spend a lot of time on different parts of it. Our clients’ trust is not only important to us, it is essential to us. It is why we are as successful a firm as we are and have been for 140 years. We are one of the largest client franchises in market making in these kinds of activities we are talking about now, and our client base is a critical client base for us and they know our activities and they understand what market making is.

Blankfein: Again, I don’t know who the ‘they’ is.

Throughout this hearing, Blankfein repeatedly painted the Hudson deals as part of the firm’s “market making” operations. This was not market making where Goldman is providing liquidity to the markets to make a two-sided market in stocks or some other security to assist its customers and the marketplace. This was a deal Goldman Sachs structured, specifically, according to its own memos, to reduce its own risk in the subprime mortgage space with no regard for how it might hurt its customers.  The Judge in this case either failed to see this reality or chose to ignore it.