Wall Street Banker Deaths Continue; Where Are the Serious Investigations? 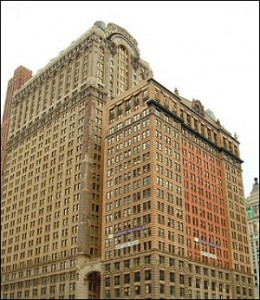 Last Thursday, 29-year old Thomas J. Hughes, later described by his brother as “one of the happiest people I know,” allegedly took his life by jumping from a luxury apartment building at 1 West Street in Manhattan. Before any serious investigation had taken place, the New York tabloids had dismissed the matter as a suicide. Hughes was an investment banker on Wall Street.

In any serious investigation, law enforcement is required to look at any potential motive for foul play. But when it comes to serial deaths among Wall Street bankers and technology personnel, occurring repeatedly over the last 18 months in highly unusual circumstances, the deaths are almost instantaneously labeled non-suspicious by the police. But there are two glaring motives for foul-play in almost all of these deaths involving Wall Street or global banks.

First, major Wall Street banks hold hundreds of billions of dollars of life insurance on their workers, and even prior workers, effectively betting that an early death will pay off big for the corporation. The bank collects the death benefit as tax free income, an added perk. In most cases, neither the employee, public nor shareholders know how much life insurance is held on any one individual. The death of a technology vice president could generate a $3 million tax free payment to the Wall Street bank and there is no public acknowledgement and no way to obtain the data.

As of December 31, 2013, the four largest Wall Street banks, JPMorgan Chase, Wells Fargo, Bank of America and Citigroup, held a total of $68.1 billion in Bank-Owned Life Insurance (BOLI) assets according to their financial filings. Since the ratio of life insurance in force to assets can run as high as ten to one, just these four banks alone may hold $681 billion or more in life insurance on their current or past workers.

The number of deaths from 2008 through March 21, 2014 on which JPMorgan Chase collected death benefits; the total face amount of BOLI life insurance in force at JPMorgan; the total number of former and current employees of JPMorgan Chase who are insured under these policies; any peer studies showing the same data comparing JPMorgan Chase with Bank of America, Wells Fargo and Citigroup.

The OCC responded by letter on April 18, advising that it did have documents relevant to our request but they were being withheld on the basis that they are “privileged or contains trade secrets, or commercial or financial information, furnished in confidence, that relates to the business, personal, or financial affairs of any person,” or  relate to “a record contained in or related to an examination.”

Seven months after we had received the “trade secrets” letter from the OCC, 54-year old Melissa Millan, a woman who had the very type of peer review records we were seeking from the OCC, was brutally stabbed to death while jogging in Simsbury, Connecticut, a quaint, quiet town. Millan was a Senior Vice President with Massachusetts Mutual Life Insurance Company (MassMutual), headquartered in Springfield, Massachusetts, who worked in the Bank-Owned Life Insurance area. That meant Millan was among a limited group outside of Federal regulators who was in a position to have broad data on the death benefit claims being submitted by multiple banks and able to run studies to detect if anomalies were emerging.

Millan’s death is still under intense investigation and, according to Fox news, which credits Wall Street On Parade for the original investigative report, Simsbury Police Chief Peter Ingvertsen is looking into the Bank-Owned Life Insurance connection. Fox quotes Chief Ingvertsen as stating: “I would say that is something we looked at. We were familiar with it. We looked into it. And we continue to look into it.” Anyone with information is urged to contact the Simsbury police at (860) 658-3100.

The other Wall Street motive is the jarring fact that for the first time in two centuries, iconic Wall Street banks are being serially charged with committing felonies. These banks have known for the same 18 months that bankers have been dying under suspicious circumstances that felony charges were coming. After a series of deferred prosecution agreements, two weeks ago on May 20, five global banks pleaded guilty to criminal charges of conspiring to rig markets. Two of those were U.S. banks, Citigroup and JPMorgan Chase, where recent unusual deaths have occurred.

The death of Thomas Hughes last Thursday has many unusual aspects. He was part of a close, loving, affluent Westchester family. If he had money problems, as one New York tabloid suggested, he could have asked one of numerous affluent family members for a loan. Another curiosity is that Hughes had insights into the culture and potential crimes of an inordinate number of mega banks on Wall Street. The number of major banks he had worked for by age 29 is almost unprecedented.

According to his resume filed with the Financial Industry Regulatory Authority (FINRA), Hughes had interned at both JPMorgan and Goldman Sachs, then held full time jobs with Citigroup and UBS after graduating from Northwestern University. He was currently employed at investment bank, Moelis & Company LLC. According to reports at the Wall Street Journal and Bloomberg News, the U.S. Justice Department continues to investigate market rigging on Wall Street, including the potential rigging of precious metals markets by the largest banks.

Another worry for Wall Street is how many of their employees are now wearing wires to work. Former U.S. Attorney General Eric Holder raised paranoia to a whole new level last September 17 when he delivered a speech at the NYU School of Law in Manhattan. Holder told the crowd of legal luminaries on Wall Street:

“…in our full-court press to investigate and prosecute the ongoing LIBOR matter – which is being led by the Criminal and Antitrust Divisions, and involved a wide-ranging scheme to rig one of the world’s benchmark interest rates – witnesses from inside some of the world’s leading financial firms have played important roles.  They have strengthened our ability to follow leads; to obtain guilty pleas from subsidiaries of major banks like UBS and RBS; and to pursue individual charges against nine former traders and managers at these institutions. Our ongoing investigation into the manipulation of foreign exchange rates has relied on similar investigative techniques involving undercover cooperators, as well.” [Italics added.]

On a family member’s recently updated Facebook page, Thomas Hughes was described as “popular and outgoing,” with a “great sense of humor.” Friends posted comments such as: “Tom was such a wonderful, kind and gentle soul.” Another female friend called him a “wonderful gentleman.” An individual identifying himself as Mark Witte said “Even Wednesday Tom was strategizing with Northwestern students to help them build the careers they dreamed about.” Wednesday was the day before Hughes allegedly took his life.

There is a legitimate concern that the NYPD is simply too cowed by Wall Street to bring any comprehensive investigations into these deaths. As we have previously reported, the NYPD co-staffs a high-tech surveillance center with Wall Street personnel and, at least in the past, has rented out cops in full uniform to Wall Street banks. And there is also the pervasive attitude in New York City that: as goes Wall Street, so goes New York City. The wealth that spills out from Wall Street into propping up New York City real estate prices, keeping retailers and restaurants busy, and sluicing ad revenue to Manhattan media outlets are all impediments to getting at the bottom of why these Wall Street deaths continue unabated — along with serial, criminal market rigging.