Elizabeth Warren Steps Into the F.I.R.E. of Wall Street Corruption 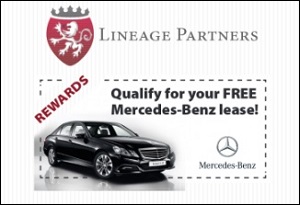 Increasingly it feels to Americans that the bulk of the news about scams to separate them from their life savings is coming from one Senator from Massachusetts — Elizabeth Warren.

Ripoffs in financial services, insurance, and real estate – known as F.I.R.E. on Wall Street – are being exposed by Warren, typically in bold pronouncements in Senate Banking hearings where Warren has a chair and a respected voice, and are rapidly amplified in the media.

In 2013, it was only because of Senator Warren that we learned that the so-called Independent Foreclosure Reviews to settle the claims of 4 million homeowners who had been illegally foreclosed on by the bailed out Wall Street banks were a sham. The “independent” consultants were hired by the banks, paid by the banks, and the banks themselves were allowed to determine the number of victims.

It was Senator Warren who put the high frequency trading scam described in the Michael Lewis book, “Flash Boys,” into layman’s language the American people could understand. Speaking at a Senate hearing on June 18 of last year, Warren said:

In 2013, Warren, together with Senators John McCain, Maria Cantwell and Angus King, introduced the “21st Century Glass-Steagall Act.” Warren explained why the legislation is critically needed:

“By separating traditional depository banks from riskier financial institutions,” said Warren, “the 1933 version of Glass-Steagall laid the groundwork for half a century of financial stability. During that time, we built a robust and thriving middle class. But throughout the 1980’s and 1990’s, Congress and regulators chipped away at Glass-Steagall’s protections, encouraging growth of the megabanks and a sharp increase in systemic risk. They finally finished the task in 1999 with the passage of the Gramm-Leach-Bliley Act, which eliminated Glass-Steagall’s protections altogether.”

Nine years later, the financial system crashed, leaving the economy in the worst condition since the Great Depression. 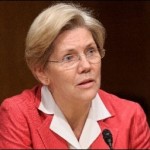 Last December, Warren made headlines again, stepping onto the Senate floor to reveal to the American people how Citigroup, the bank that received the largest taxpayer bailout in the history of the country after it imploded from its own derivatives bets in 2008 – had just slipped language into the spending bill to overturn part of the Dodd-Frank financial reform bill meant to rein in that behavior going forward. Despite her pleas, the bill passed both houses of Congress and was signed into law by President Obama.

Today, Warren is under fire by the “I” in F.I.R.E. – the insurance industry. On April 28, she sent letters to 15 insurance companies, including AIG, the international insurance company that blew itself up in 2008 by taking on the risks of Wall Street’s credit default swap bets and was bailed out with $182 billion from taxpayers.

The letters asked the insurance companies to provide Warren with the specifics on the incentives they offer to push the sale of annuities, the number and value of the incentives awarded, and the companies’ policies for disclosing these potential conflicts of interest. The letters were sent to the 15 companies with the highest 2014 annuity sales to individuals: Jackson National Life, AIG Companies, Lincoln Financial Group, Allianz Life, TIAA-CREF, New York Life, Prudential Annuities, Transamerica, AXA USA, MetLife, Nationwide, Pacific Life, Forethought Annuity, RiverSource Life Insurance, and Security Benefit Life.

Warren has documented a range of perks that are being given to insurance agents: cruises, Ritz Carlton vacations, diamond-encrusted NFL-style Super Bowl rings, large sums of cash and stock options.

One example cited by Warren was a promotion by Lineage Partners to boost annuity sales. The promotion crows: “Nothing says success like the car you drive. When you drive a nice luxury car your attitude changes and your mentality changes too! You know you have arrived, you have more confidence, and your peers will know, see it too. This prize is for our top earners and achievers. It is a renewable 27 month lease.”

This is a good reminder of what Fred Schwed explained in the title of his classic book on Wall Street — “Where Are the Customers’ Yachts?”