Does Wall Street Call the Shots at the FBI? 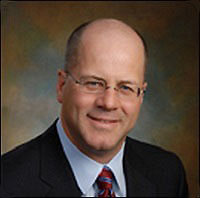 Kevin Marino, Attorney for Sergey Aleynikov, Believes the FBI Was Doing the Bidding of Goldman Sachs

It is clear to most Americans that Wall Street’s financing of presidential and congressional campaigns is creating too many pals wearing blindfolds about epic corruption on Wall Street. The President, subject to Senate confirmation, selects the U.S. Treasury Secretary, the Chair of the Federal Reserve, the Chair of the Securities and Exchange Commission – all of whom regulate Wall Street, for better or worse. Given that Wall Street collapsed the U.S. financial system in 2008 and has been perpetually charged with new crimes ever since, there is the strong suggestion that regulation isn’t strong enough.

MARTIN SMITH: “We spoke to a couple of sources from within the Criminal Division, and they reported that when it came to Wall Street, there were no investigations going on. There were no subpoenas, no document reviews, no wiretaps.”

LANNY BREUER: “Well, I don’t know who you spoke with because we have looked hard at the very types of matters that you’re talking about.”

MARTIN SMITH: “These sources said that at the weekly indictment approval meetings that there was no case ever mentioned that was even close to indicting Wall Street for financial crimes.”

Now, concerns are growing that the corrupting tentacles of Wall Street may reach into the FBI. The two cases raising alarms are the recent arrest of Navinder Singh Sarao in the U.K. on charges that he was a key contributor to the Flash Crash in the U.S. stock market on May 6, 2010 – a case brought five years after the fact and an earlier government report that placed the blame on a mutual fund company; and the manner in which the FBI appears to have done the bidding of Goldman Sachs in the relentless prosecution of Sergey Aleynikov, a former computer programmer at Goldman, who was alleged to have violated Federal law by downloading a small amount of computer code before he left for another job.

In the Sarao case, the 36-year old is sitting in jail in the U.K., unable to make bail because the U.S. has frozen all of his assets worldwide while the sum of $7.6 million has been set for his bail. As we previously reported, the decidedly questionable case against Sarao for manipulating the market is based solely on an FBI affidavit signed by one agent, which relies heavily on testimony from an unnamed “consulting group” and an unnamed “academic researcher.”

Wall Street firms like Goldman Sachs, JPMorgan and Citigroup, who spend billions attempting to perfect their own high frequency trading programs to gain market advantage, have every reason to want to lock away upstart competitors like Sarao, who is alleged to have gotten his trading edge by customizing off the rack trading software.

The suspicions flying around the prosecution of Sarao are being fueled by the revelations in the lawsuit filed against the FBI on February 12 of this year by Aleynikov’s fearless attorney, Kevin Marino of Marino, Tortorella & Boyle of Chatham, New Jersey. Aleynikov spent 51 months in jail before an appellate court unanimously threw out the charges against him. The court found the case against Aleynikov so unfounded that it ordered him released from jail immediately at oral arguments. The written decision, handed down on April 11, 2012, found that the prosecutors had misapplied Federal corporate espionage laws.

The FBI then transferred their evidence to the Manhattan District Attorney’s office, which prosecuted Aleynikov a second time. In the second case, a jury recently found Aleynikov guilty of one count of taking “secret scientific material” from Goldman Sachs. Marino said he would be filling a motion for dismissal of the case.

The lawsuit on behalf of Aleynikov against the FBI charges one of the FBI agents with “parroting representations made to him by Goldman Sachs representatives before a grand jury on February 11, 2010, without meaningfully investigating or testing the veracity of those representations and for the wholly improper purpose of achieving Goldman Sachs’s goal of procuring an indictment against Aleynikov and sending a message to its present and future employees about its ability to influence federal law enforcement authorities to bring criminal charges to further its private interests.”

If you know anything about Goldman Sachs, you know that this allegation is more than reasonable.

The most troubling part of the allegations in the lawsuit is the speed with which the FBI accepted what Marino says were bogus allegations by Goldman Sachs. The lawsuit charges that on July 1, 2009, Goldman Sachs made “the patently false allegations” that Aleynikov had stolen the entire platform “of confidential, trade secret computer source code” which Goldman Sachs used to conduct its high frequency trading; that the code was worth a billion dollars, and that the stolen code could be used to “manipulate markets in unfair ways” unless the FBI immediately arrested Aleynikov. The FBI did just that two days later, raising alarms as to the thoroughness of their own investigation.

Marino sums up this conduct in the lawsuit as follows:

“The unconstitutional malicious prosecution of Aleynikov was designed not to serve the interests of justice but to curry favor with an influential corporation intent on punishing one of its most talented officers who chose to leave the firm and, in the process, sending a message to other employees and prospective employees that Goldman Sachs is willing and able to use the American criminal justice system as its own private enforcement arm.”

There are many other reasons to question the coziness of Wall Street with law enforcement, not the least of which is the fact that it co-staffs a high-tech surveillance center with the New York Police Department in lower Manhattan and has, at least in the past, been allowed to rent uniformed cops with the power to arrest from the NYPD.

The FBI lists its motto as: “Fidelity, Bravery, and Integrity.” If Americans are not confident that those goals are real, crimes will cease to be reported to the FBI; corruption will gain an even greater foothold than it already has across America. For that reason alone, Congress needs to hold comprehensive hearings on the undue influence that Wall Street is wielding in our government. It could provide the basis for genuine campaign finance reform; restrictions on the revolving door; and restoration of confidence in America’s institutions, many of which are hovering at or near historic lows.