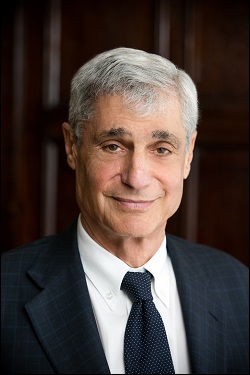 Robert Rubin, Former Treasury Secretary Under Bill Clinton Who Played a Key Role on Citigroup’s Board During and Leading Up to Its Collapse

“Wall Street Democrats” is a political phrase gaining traction. It encapsulates a growing realization that Bill Clinton’s two terms as President and Barack Obama’s eight years in office have been a great boon to enriching the one percent on Wall Street and an economic disaster for mostly everyone else.

It was the Bill Clinton administration that deregulated the financial markets through the repeal of the Depression era Glass-Steagall Act and it was the Obama administration that created the masquerade that strict regulation of Wall Street was put back into place under the Dodd-Frank Wall Street Reform and Consumer Protection Act. Instead of reform, Wall Street banks have become larger, more dangerous and an increasing threat to the economic stability of the U.S., if not the globe.

There is a serious and growing chorus calling for an expulsion of the Wall Street Democrats from the party and a formal break with its anointed brand – the “Clinton” name. Every time Bill Clinton’s former Treasury Secretary, Robert Rubin, opens his mouth, this message gains more substance.

Rubin, despite his hubristic past, is seen as a close adviser to Hillary Clinton. In a New York Times piece last November, William D. Cohen wrote that “At 76, from his twin perches at the Council on Foreign Relations, of which he is co-chairman, and at the Brookings Institution, where he founded the Hamilton Project, he remains a crucial kingmaker in Democratic policy circles and, as an adviser to the Clintons, Mr. Rubin will play an essential role in Hillary Rodham Clinton’s campaign for president in 2016, should she decide to run.”

Rubin helped push through the repeal of the Glass-Steagall Act in 1999 while U.S. Treasury Secretary. By October of that year, he had taken a job at Citigroup, the Wall Street bank that pushed for the repeal and its primary beneficiary. Rubin accepted a position on the Board of Directors at Citigroup – a position that would pay him $126 million over the next ten years.

During Rubin’s tenure on the Board of Citigroup, the company imploded and received the largest taxpayer bailout in the history of U.S. finance, receiving $45 billion in equity infusions, over $300 billion in asset guarantees, and an unfathomable, initially secret bailout of over $2 trillion in below-market-rate loans from the Federal Reserve.

Propping up this insolvent bank with taxpayer funds is the quintessential definition of moral hazard. That hasn’t stopped Robert Rubin from lecturing the rest of us on moral hazard in the opinion pages of the Wall Street Journal – as recently as six weeks ago.

On February 23, 2015, Rubin penned an OpEd for the Wall Street Journal on the over reliance on central bankers. In that opinion piece, Rubin uses the phrase “moral hazard” three separate times as well as in the headline.

Rubin writes in these excerpts:

“The relentless focus on monetary policy creates serious moral hazard by taking attention away from elected officials’ failure to act on the fiscal, public-investment and structural issues that are the key to short- and long-term economic success…

“QE3 created comfort that the Fed could and would keep bond yields low. That, in turn, may have led political leaders to feel less pressure to act — political moral hazard — and exacerbated investors’ reaching for yield through riskier assets, contributing to excesses in the U.S. and globally…

When your own personal hubris of pushing for the deregulation of Wall Street, then collecting $126 million as you oversaw the collapse of the largest and most toxic bank in history, is now legendary – how does one dare lecture others on moral hazard?

If you’re a Wall Street Democrat – it comes naturally.

In September 2012, Cohan wrote a profile piece titled “Rethinking Robert Rubin” for BusinessWeek. In that article, Nassim Nicholas Taleb, author of The Black Swan, says this of Rubin: “Nobody on this planet represents more vividly the scam of the banking industry.”

Contrast the reality of what Rubin actually did during and after the Presidency of Bill Clinton with the illusion presented by Bill Clinton when he announced Rubin was stepping down in 1999. According to a CNN transcript dated May 12, 1999, these are excerpts from the Bill Clinton statement:

“He has upheld the highest traditions of the office…

“I can tell you that for all these years, he has always been one of the administration’s most powerful advocates for the poor and for our cities…”

The Wall Street Democrats are trying to muscle their way back into control of the Oval Office with threats and bullying, according to Senator Elizabeth Warren. In an emailed message from her Senate campaign office on March 27, Warren wrote that “Years have passed since the crisis and the bailout, but the big banks still swagger around town. And when Citigroup and the others don’t quite get their way or Washington doesn’t feel quite cozy enough, they quickly move to loud, public threats. Their latest move is a stunner.”

Warren adds in the email that “The big banks want a Washington that works only for them and that puts their interests first – and they would like to get a little public fanny-kissing for their money too.”

This kind of straight talk from Warren is drawing ever greater distinctions between her objectives and the Wall Street Democrats’ goal of preserving continuity government in Washington through Hillary Clinton. The overarching question is whether the public will awake from its slumber in time to save the country.