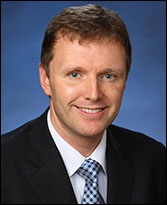 Media rumors have been rife since February that the U.S. Justice Department is edging closer to forcing a Citigroup banking unit to plead guilty to criminal charges of rigging foreign currency markets. On Monday, the umpteenth iteration of the infamous Citigroup Shuffle was announced, where the top ranks of management are shuffled about in preparation for charges of major wrongdoing by the bank.

The Citigroup Shuffle has produced four CEOs over the past 12 years (Sanford Weill, Chuck Prince, Vikram Pandit, and the current CEO, Michael Corbat). The Chief Financial Officer (CFO) position changed three times in four months during 2009, moving from Gary Crittenden, to Edward “Ned” Kelly, to John Gerspach, the current CFO. Crittenden was later charged by the SEC with lying about Citigroup’s exposure to subprime debt, stating publicly that it was $13 billion when in fact it was over $50 billion at the time. Crittenden paid a $100,000 fine to the SEC without admitting the findings.

Each of Citigroup’s CEOs walked away as multimillionaires while Citigroup’s shares are effectively trading as of yesterday’s close at $5.27 (adjusted for its 1-for-10 reverse stock split in 2011) down from a high of ten times that amount in 2007. From early April 2008 through early April 2009, Citigroup lost 95 percent of its market value. At one point during the financial crisis, in early April 2009, it was a 97 cent stock.

One of the more peculiar announcements in the latest management shakeup is the appointment of Stephen Bird as CEO of Citigroup’s Global Consumer Bank. According to Bird’s bio posted on the Citigroup web site, he joined the company in 1998 in Singapore, relocated to Latin America in 2001, moved on to Japan for four years, was involved in consumer banking in Asia Pacific from 2006 to 2008 and is currently CEO of Citi Asia Pacific. Citigroup’s announcement states that Bird will be “based in New York” for his new post.

The baby-faced, 48-year old Bird has no retail banking experience in the United States, according to his bio, but he will be taking over a bank with a history of serial run-ins with U.S. regulators, massive fines, and a bank currently negotiating a criminal guilty plea with the U.S. Department of Justice according to press reports by the New York Times and Bloomberg News.

Bird has no experience dealing with U.S. bank regulators. Given Citigroup’s serial history of lapses (see highlights below) this could pose future headwinds for the bank.