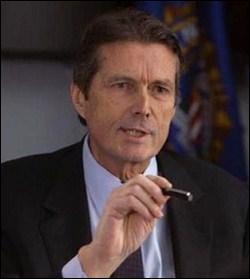 Martin Smith, Frontline Producer, Drills Down for Answers in “The Untouchables”

Martin Smith, producer extraordinaire of some of the most riveting documentaries for the PBS program, Frontline, has received the 2014 John Chancellor Award for Excellence in Journalism, presented by the Columbia University Graduate School of Journalism.

Typically, our reaction to journalism awards is akin to that of the late Alex Cockburn, author, columnist and long-time co-editor of the sassy CounterPunch.com web site, who had this to say on the subject in 2009:

“…as a rule CounterPunch disapproves of the endless prizes the journalism industry awards itself. Many years ago, the great editor of Le Monde, Hubert Beuve-Mery, let it be known that anyone at his newspaper accepting an award would be fired. These farcical rituals peak in the annual absurdities of the Pulitzers…

“Now I see that another CounterPuncher has been given a major journalism prize. His newspaper reports that ‘Patrick Cockburn, The Independent’s foreign correspondent, has won the 2009 Orwell Prize, the most prestigious award for political writing in British journalism.’ The judges hail his work as ‘an exemplary untangling of the political and social complexity that lies behind one of the world’s great crises.’ They praised the manner in which Cockburn’s work ‘enriches our understanding.’  This is well merited praise, but…the Orwell Prize? I have not yet had an opportunity to remonstrate with Patrick about accepting a trophy etched with the name of a police informer. I can only hope that some very substantial financial dispensation accompanied the award – the sole argument for accepting this or any such prize. At least our parents are not alive to witness this shame.”

Patrick Cockburn, of course, is the brother to Alex Cockburn.

With the caveat from Alex Cockburn in mind, we are nonetheless calling out the award to Martin Smith for the very simple reason that he has performed a critical public service in pulling back the curtain on deeply cloaked frauds on the public. 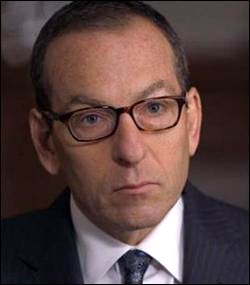 On January 22, 2013, Frontline aired Smith’s program titled “The Untouchables,” revealing the stunning news that the U.S. Justice Department under its Criminal Division chief, Lanny Breuer, hadn’t even made a pretense of a real investigation against the powerful Wall Street firms for their role in the financial collapse. This is the transcript of that portion of the program:

Three months after the Breuer program, in April 2013 Smith knocked it out of the park again. Using simple graphs and language the average person can understand, Smith uncloaked Wall Street’s asset stripping of the average worker’s 401(k) plan. We reported at the time:

“If you work for 50 years and receive the typical long-term return of 7 percent on your 401(k) plan and your fees are 2 percent, almost two-thirds of your account will go to Wall Street. This was the bombshell dropped by Frontline’s Martin Smith in this Tuesday evening’s  PBS program, The Retirement Gamble.

“This is not so much a gamble as a certainty: under a 2 percent 401(k) fee structure, almost two-thirds of your working life will go toward paying obscene compensation to Wall Street; a little over one-third will benefit your family – and that’s before paying taxes on withdrawals to Uncle Sam.”

You can read our full coverage here and see the original Frontline program here.

While we are singling out just these two programs from Smith, the John Chancellor Award is being presented for Smith’s cumulative accomplishments over 40 years. The prize honors the television correspondent and longtime NBC News anchor John Chancellor. The award comes with a $25,000 cash prize (which would please Alex Cockburn). It will be presented at a dinner ceremony at Columbia University’s Low Library in New York on Wednesday, November 12, 2014.