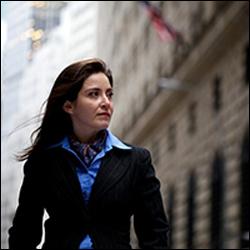 Wall Street’s crime spree has been coming at the public for the past six years like a geyser spewing from a broken water main. It’s been tough for the public to keep track of the twists and turns, and equally so for Congress.

What has been lost in all the media frenzy over the tapes released by Carmen Segarra, an attorney and bank examiner at the New York Fed who was fired for wanting to hold Goldman Sachs accountable, according to her lawsuit, is that four other regulatory lawyers have stepped forward from 2006 to earlier this year to report that their Wall Street regulator has been captured. In the case of those four, the captured regulator is the Securities and Exchange Commission.

When you have five Wall Street insiders with law degrees telling you that Wall Street regulators are not upholding the laws they are mandated to enforce while the nation is still struggling to recover from an epic financial crash this corrupt cronyism produced just six years ago, it’s time to allow the public to hear directly from all of these voices at one Senate witness table. 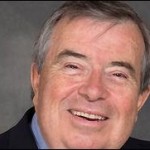 On March 27 of this year, a 28-year legal veteran at the SEC, James Kidney, used the occasion of his retirement party to deliver a blistering assessment of the regulatory capture at this key Wall Street watchdog. Kidney castigated upper management at the SEC for policing “the broken windows on the street level” while ignoring the “penthouse floors.” Kidney further noted that “On the rare occasions when Enforcement does go to the penthouse, good manners are paramount. Tough enforcement – risky enforcement – is subject to extensive negotiation and weakening.”

News of the speech was quickly amplified by business wire services and the New York Times. But just six months later, the press has failed to notice that this is the identical charge that Carmen Segarra is making about her former Wall Street regulator employer, the New York Fed.

Kidney correctly characterized the demoralization of his legal peers at the SEC and its revolving door to Wall Street, stating that the best and brightest “see no place to go in the agency and eventually decide they are just going to get their own ticket to a law firm or corporate job punched.”

The American Lawyer published excerpts from 2,000 pages of documents it had obtained from the SEC under a Freedom of Information Act (FOIA) request, which revealed that Kidney had pushed the SEC to investigate higher ups in the Goldman Sachs Abacus 2007-AC1 investment scam. In that case, Goldman Sachs knew that Abacus was designed to fail and allowed a hedge fund, John Paulson & Co., to bet against it while recommending it as a good investment to its own clients. The SEC only pursued a mid-level employee, Fabrice Tourre, while settling with Goldman Sachs for $550 million.

In other words, except for the nature of the scam, James Kidney is telling the very same story about his experience attempting to regulate Goldman Sachs as Segarra is now revealing about Goldman Sachs and the New York Fed – with tapes to back it up. 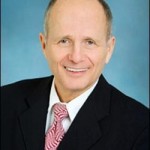 On June 28, 2006, Gary Aguirre, a former SEC attorney, testified before the U.S. Senate on the Judiciary. During his final days at the SEC, Aguirre had pressed to serve a subpoena on John Mack, the powerful former official at Morgan Stanley. Aguirre wanted to take testimony about Mack’s potential involvement in insider trading. Mack was protected — Aguirre was fired via a phone call while on vacation — just three days after contacting the Office of Special Counsel to discuss the filing of a complaint about the SEC’s protection of Mack. Aguirre testified that the SEC had thrown a “roadblock” in his investigation because the suspected insider trader had “powerful political connections.”

In 2011 another SEC lawyer, Darcy Flynn, told Congressional investigators and the SEC Inspector General that for at least 18 years, the SEC had been shredding documents and emails related to its investigations — documents that it was required under law to save. Flynn told investigators that by purging these files, it impaired the SEC’s ability to see the connections between related frauds.

The fourth attorney was an anonymous whistleblower inside the SEC, but it would behoove the Senate to seek out his or her testimony – even if it is presented without revealing his or her name. On September 27, 2011, the SEC Inspector General released a report revealing that this anonymous attorney at the SEC had sent a letter to the Inspector General, blowing the whistle on the former SEC Director of Enforcement, Robert Khuzami. The whistleblower was complaining about Khuzami’s handling of charges that Citigroup executives had intentionally misled public investors about its exposure to subprime mortgages, understating the amount by $37 billion in the fall of 2007. According to the Inspector General’s report, the whistleblower alleged that:

“…just before the staff’s recommendation was presented to the Commission, Enforcement Director Robert Khuzami had a ‘secret conversation’ with his ‘good friend’ and former colleague, a prominent defense counsel representing Citigroup, during which Khuzami agreed to drop the contested fraud charges against the second individual. The complaint further alleged that the Enforcement staff were ‘forced to drop the fraud charges that were part of the settlement with the other individual,’ and that both individuals were also represented by Khuzami’s friends and former colleagues, creating the appearance that Khuzami’s decision was ‘made as a special favor to them and perhaps to protect a Wall Street firm for political reasons.’ ”

The Inspector General’s report was heavily redacted but systematically whitewashed the claims against Khuzami, throwing more demoralization at the veteran attorneys in the SEC.

Last year, a nonpartisan Congressional watchdog weighed in on the personnel practices at the SEC. On July 18, 2013, the Government Accountability Office (GAO) issued a report on the declining morale among SEC employees. The report found that the SEC ranked 19 out of 22 similarly sized Federal agencies in overall satisfaction and commitment. The GAO said its findings were consistent with the Partnership for Public Service’s analysis of the Office of Personnel Management’s 2012 Employee Viewpoint Survey. That analysis found that “SEC’s overall index score—which measures staff’s general satisfaction and commitment—declined from 73.1 in 2007 to 56 in 2012.”

This morning, Senator Elizabeth Warren gave an interview to NPR on what’s wrong with financial regulation of Wall Street, stating the following about lax regulation and Wall Street’s implosion in 2008:

As Senators Warren and Sherrod Brown think about how to structure the Senate hearings to get to the bottom of how to reform Wall Street’s regulators, these five attorneys, who have sacrificed career opportunities in order to stand up for the public interest, must have a seat at the table.