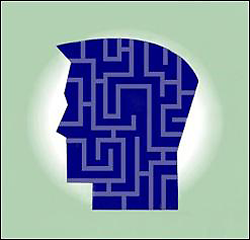 Increasingly, Wall Street’s Regulators Have the Media Wandering About In a Maze of Hoops and Hurdles In Efforts to Obtain Public Documents Under Sunshine Laws

Getting what should already be public domain information from Wall Street’s regulators using the public records law known as the Freedom of Information Act (FOIA) has become next to impossible; and it’s fueling contempt for the Obama administration.

Yesterday, a new NBC/Wall Street Journal poll found that a majority of Americans, 54 percent, now believe the President is unable to “lead the country and get the job done.” That poll follows another one from NBC and the Wall Street Journal that was released on September 13 of last year which found that only 14 percent of Americans held a favorable view of Wall Street. Another Gallup poll released in May found that stock ownership among U.S. adults is at a 16-year low, reflecting a growing distrust of a level playing field on Wall Street after bestselling author of “Flash Boys,” Michael Lewis, appeared on 60 Minutes on March 30 to detail how high frequency traders and Wall Street banks had rigged the market against the small investor.

Against that backdrop, one would think that Wall Street regulators would be going out of their way to court public trust by courteously responding to public records requests with meaningful, responsive documents. But just the opposite is happening.

Take our experience just yesterday here at Wall Street On Parade. We had filed a request with the Securities and Exchange Commission for basic information about how a specific dark pool conducts its business, asking for a fee waiver routinely given to media outlets. Dark pools are unregulated stock exchanges operated by some of the largest banks on Wall Street, as well as by hedge funds and others. Congress is investigating how they may be rigging markets for personal benefit and the New York State Attorney General, Eric Schneiderman, has issued subpoenas and filed a recent case against Barclays for lying to its customers about the prevalence of high frequency traders in its dark pool.

At 8:50 a.m. yesterday morning, we received one and one-half pages of a single-spaced, typed letter via email from the SEC on the topic of a fee waiver to obtain the information. The letter advised that we had not met a six-prong test demonstrating “how the release of this information will contribute significantly to the public’s understanding of the SEC’s operation and activities.” However, “as a news media requester, you are entitled to search and review and the first 100 pages of duplication at no cost.”

At 2:58 p.m. yesterday, we received yet another one and one-half page, single-spaced typed letter from a supervisor to the author of the first letter overruling her decision. It said: “…I am denying your request for a fee waiver. I am the deciding official with regard to this adverse determination.” The letter then spent two paragraphs explaining how to make a formal written appeal of this ruling.

The second letter had summarily removed the right of a media outlet, clearly enunciated in the first letter, to “search and review and the first 100 pages of duplication at no cost,” giving the impression that the SEC is arbitrary and capricious, and possibly vindictive, in its dealings with the media. (Wall Street On Parade has been a staunch critic of this SEC administration.)

Yesterday’s experience with FOIA requests to the SEC followed a rejection letter on July 25 from the SEC, declining to provide information on a different dark pool. In 2010, the SEC refused to provide us, under a FOIA request, with the names of two Wall Street firms who it had publicly admitted had played a pivotal role in the Flash Crash of May 6, 2010. Our investigation at the time raised early warning signals about the functioning of the “flash boys” and dark pools. By blocking our FOIA request, the SEC obstructed the media’s right to provide critical details on this matter to the public and potentially raise Congressional alarms regarding dark pools four years in advance of today’s investigations.

Vindictive behavior, denial of public records requests or wholesale redactions of key material requested is now an epidemic among Wall Street’s regulators. That flies directly in the face of what this President promised the American people on his very first day in office on January 21, 2009 when he issued an Open Government memo promising the public a new era of transparency. On March 19, 2009, under the President’s orders, the U.S. Attorney General’s office issued specific guidelines on how Federal agencies were to respond to Freedom of Information Act requests.  The guidelines instructed the agencies as follows:

“The key frame of reference for this new mind set is the purpose behind the FOIA. The statute is designed to open agency activity to the light of day. As the Supreme Court has declared: ‘FOIA is often explained as a means for citizens to know what their Government is up to.’ NARA v. Favish, 541 U.S. 157, 171 (2004) (quoting U.S. Department of Justice v. Reporters Comm. for Freedom of the Press, 489 U.S. 749, 773 (1989)…The President’s FOIA Memoranda directly links transparency with accountability which, in turn, is a requirement of a democracy.”

It’s not just alternative media that Federal regulators’ FOIA offices treat with contempt. Consider what happened to the late Mark Pittman of Bloomberg News, who died at age 52 on November 25, 2009, in the midst of battling Federal regulators for public domain information under FOIA requests.

On Jan. 28, 2009, Pittman filed a FOIA with the U.S. Treasury asking it to identify the $301 billion in securities owned by Citigroup that the government had agreed to guarantee to help shore up the troubled bank during the financial crisis and to provide details of any contracts the Treasury had with outside firms hired to calculate the assets’ values. Pittman died 10 months later still waiting for a response. The statutory response time is 20 business days.

A year after Pittman passed away, his editor at Bloomberg, Bob Ivry, shared with the public the back story on the contemptuous treatment Pittman had received at the hands of the U.S. Treasury – then in charge of multiple corporate welfare programs to bail out Wall Street’s serial malfeasant banks.

“More than 20 months later, after saying at least five times that a response was imminent, Treasury officials responded with 560 pages of printed-out e-mails — none of which Pittman requested. They were so heavily redacted that most of what’s left are everyday messages such as ‘Did you just try to call me?’ and ‘Monday will be a busy day!’

“Treasury also cited the trade-secrets exemption in responding to a separate, similar FOIA request by Bloomberg News for details about Citigroup’s segregated bad assets. In that response, 73 of 104 pages were completely blacked out except for headings. Only six pages — the cover, contents, a boilerplate list of legal disclosures and a paragraph titled ‘FOIA Request for Confidential Treatment’ — were free of redactions.”

Ivry clearly believed that the U.S. Treasury was censoring public information as a favor to Citigroup. Ivry headlined his article: “Treasury Shielding Citigroup With FOIA Deletions.”

Congress is running into the same stone wall. On April 11, 2013, Senator Elizabeth Warren indicated at a Senate hearing that she had been stymied in her attempts to gather documents from the Federal Reserve and Office of the Comptroller of the Currency (OCC) to carry out the Senate’s oversight function. Warren stated:

“Over the last few months, Congressman Elijah Cummings and I have requested documents from your agencies regarding the basic data and the processes of the Independent Foreclosure Review. We made 14 specific requests to you in January, and despite multiple letters back and forth and multiple meetings, you have provided only one full response, three partial or minimal responses, and no response to nine of our requests. You have provided little specific information on what the review actually found, such as the number of improper foreclosures, the amount and number of inflated fees, or the extent of abusive practices by each of the mortgage servicers.”

Responding to Warren in this hearing on behalf of the OCC was Deputy Chief Counsel, Daniel P. Stipano. Senator Warren became so exasperated with Stipano’s insistence that illegal activities of banks, if ferreted out by bank examiners, was subject to “privilege,” that she blurted out: “So unless someone throws a rock through the window with this information tied to it, you will not release it, is that what you are saying?”

Stipano is also the decider in chief when it comes to FOIA requests from the media, as we learned on June 20 of this year when he rejected our FOIA appeal for documents related to JPMorgan carrying life insurance on tens of thousands of its workers with the corporation named as the beneficiary. (See OCC Response to Appeal from Wall Street On Parade Re JPMorgan Banker Death Bets.)

“Since December of 2013, JPMorgan Chase has experienced five unusual deaths among current workers in their 30s and one unusual death of a 28-year old former worker whose brother currently works for JPMorgan and was cited by name in the U.S. Senate’s Permanent Subcommittee on Investigations’ report of JPMorgan’s London Whale trading debacle…

“Three of the six JPMorgan-related deaths cited in the article referenced above were allegedly from leaps from buildings in London, Hong Kong and Manhattan, respectively. None of JPMorgan’s peer banks — such as Citigroup, Morgan Stanley or Goldman Sachs – have publicly reported any suicides in the past six months as far as I’m aware. A 12-month review of public death notices among Citigroup employees revealed no cluster of deaths of young men in their 30s. (JPMorgan is reported to have 260,000 employees versus Citigroup’s reported 251,000.)…

“Why young men in their 30s are dying at JPMorgan but not at its peer banks is a matter of critical public health and safety concern. It is against public policy to keep the records secret. As the Chief Medical Examiner of Connecticut (where one of the deaths occurred) states on its web site: ‘Medicolegal investigations also protect the public health:  by diagnosing previously unsuspected contagious disease; by identifying hazardous environmental conditions in the workplace, in the home, and elsewhere; by identifying trends such as changes in numbers of homicides, traffic fatalities, and drug and alcohol related deaths; and by identifying new types and forms of drugs appearing in the state, or existing drugs/substances becoming new subjects of abuse.’

“Additionally, research into this matter has revealed that just four of Wall Street’s largest banks hold a total of $68.1 billion in Bank-Own Life Insurance assets. Using a legal expert’s estimate that there is frequently a 10-to-1 ratio between assets and life insurance in force, this could potentially translate into these four banks holding $681 billion in life insurance policies on their workers – policies which pay the corporation the death benefit income tax free.”

Stipano rejected the appeal on the basis that the information was confidential and privileged and/or obtained as part of a bank examination.

Putting blinders on the functioning of a free press, obstructing the oversight role of Congress and arbitrarily granting Wall Street’s requests to weigh in on any documents sought under FOIA requests has solidified in the minds of Americans that Wall Street’s regulators have joined ranks with the financial firms they claim to oversee. None of this bodes well for restoring trust in our markets.