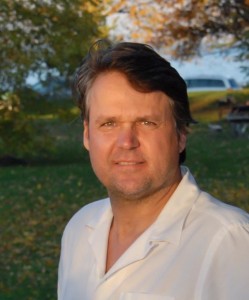 Southern states are mad as hell and aren’t going to take it any more. After more than five years of watching their cities and towns suffer foreclosure and mortgage abuse from the biggest firms on Wall Street, rigged Libor swaps impoverishing local governments, and massive stock losses to municipal workers’ pensions, the South is rising up and suing Wall Street over its latest fleecing scheme – high frequency trading.

And before anyone starts to chuckle about the chances of Southern lawyers outfoxing the mega Wall Street law firms in their own stomping ground in the U.S. District Court for the Southern District of New York, you should know this one salient detail: one of the key Southern lawyers involved is Michael Lewis. That’s not bestselling author Michael Lewis; that’s Big Tobacco Cartel suing and winning lawyer Michael Lewis who mightily assisted in bringing the tobacco cartel out of the shadows and changed the health of a Nation forever.

Even more problematic for Wall Street and its hideously shrewd lawyers is that one of the smartest programming brains in U.S. markets, Eric Hunsader, is cooperating with the Southern lawyers. (Wall Street On Parade has previously written about Hunsader here and here.)

Last Friday, Andrew Smith, writing for the U.K. Guardian newspaper, featured Hunsader in a story about the lawsuit. Smith revealed that on May 6 of this year, Hunsader met with Lewis and his “dream team” of class action lawyers in Chicago to provide his technical expertise.

Why is Hunsader who runs a successful data business involving himself in what is likely to be the biggest legal free-for-all of the century? Andrew Smith of the Guardian shares this with us:

“When Hunsader’s finance friends pointed out that nobody was driving busloads of children over cliffs, he would grab their wallet and remove a $20 bill, then hand the wallet back. ‘Does anyone in the world really care what just happened there?’ he would ask. ‘It makes no difference to anyone but you, and even then not much. It’s just that in a civilised society, we don’t tolerate that. Civilisation breaks down when people don’t follow the rules, because nobody can trust anybody else.’ ”

Wall Street On Parade completely agrees with Hunsader. And while the morally challenged brains that occupy those Armani suits on Wall Street may not have literally been driving busloads of children over cliffs, there is the fact that one in five children in the U.S. now lives below the poverty level; that homelessness is hitting record highs in Wall Street’s home town of New York City; and that according to the National Center for Homeless Education, an agency funded by the U.S. Department of Education, the latest data available show there were 1.2 million homeless students during the 2011-12 school year — a 10 percent increase from the previous year and a 72 percent jump from the start of 2007-08, an all-time high.

We checked the Federal web site, Pacer, this morning which allows access to lawsuits filed in Federal Courts. We found that Lewis and three other law firms have filed not one lawsuit seeking class action status, but three separate ones. (The separate lawsuits are based on the delivery system of the data.) The law firms involved are: Lewis & Lewis Attorneys of Oxford, Mississippi; Richardson, Patrick, Westbrook & Brickman, LLC of Charleston, South Carolina;   McCulley McCluer PLLC of Oxford, Mississippi and Birmingham, Alabama; and  Keller Rohrback of New York and Seattle.

The lawsuits are filed against a total of 14 exchanges, including the biggest in the U.S. like the New York Stock Exchange, Nasdaq and the Bats Exchange. The plaintiff in each case is a Harold Lanier who resides in Fairhope, Alabama. Lanier had subscribed to the exchanges’ data feeds on the basis that he would get timely trading data on a par with everyone else. That didn’t happen.

The thrust of the cases has to be causing a lot of heartburn in New York legal circles this week. They are based on the enshrined precedents of contract law – you promised us this and you didn’t deliver; and, you had an impure motive for not delivering the terms of your contracts. It’s a case that any Judge or jury can understand.

None of the names of the Wall Street law firms that will be defending against these charges have been entered into the record as yet.