Is the SEC Chair Prejudicing the Justice Department and FBI on High Frequency Trading Cases? 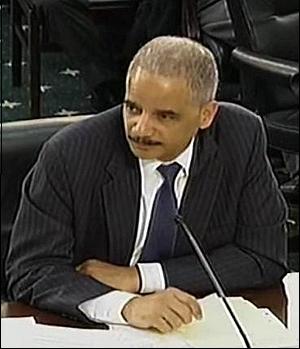 SEC Chair Mary Jo White may have prejudiced ongoing criminal investigations of high frequency trading by the Justice Department and FBI by delivering her verdict on Tuesday that “The markets are not rigged.” Why the former chair of the litigation department at Debevoise & Plimpton would pre-judge an investigation by her Federal colleagues that is just getting underway should be a matter of great public concern. (The New York State Attorney General, Eric Schneiderman, has also opened an investigation.)

The predicament that White’s statement has placed investigators in is that if they find criminal wrongdoing and prosecute it, the head of the SEC will be stripped of credibility and potentially forced to step down as a discredited Wall Street cop with her head buried in the sand. If they don’t bring any serious cases, there will be the lingering doubt as to whether the SEC inappropriately challenged their interpretation of securities laws.

That the Justice Department’s investigation is in its infancy was confirmed by U.S. Attorney General Eric Holder at a hearing on April 4 before the House Appropriations Committee. Congressman Jose Serrano of New York asked Holder what he was doing in regard to high frequency trading. Holder responded:

“As I indicated in my opening statement, I’ve confirmed that the Department of Justice is looking at this matter, this subject area, as well. The concern is that people are getting an inappropriate advantage, information advantage, I guess competitive advantage over others because of the way in which the system works. And apparently, as I understand it, and I’m just learning this, even milliseconds can matter, and so we’re looking at this to try to determine if any federal laws, any Federal criminal laws, have been broken. This is also obviously something that the head of the SEC, Mary Jo White, would be looking at as well.” 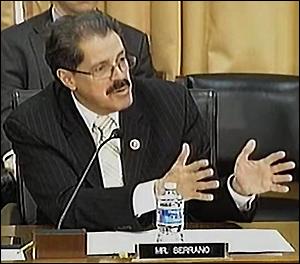 In response to further probing from Serrano, Holder added: “I am really getting up to speed on this…At least this Attorney General has to better understand the facts of these kinds of things.”

Under the Securities Exchange Act of 1934, the SEC is designated as the Federal agency in charge of supervising stock exchanges where much of the illegal trading is said to be happening. However, the SEC can bring only civil cases and must refer cases to the Justice Department if it feels criminal laws have been violated.

That the U.S. Attorney General has conceded that this is all news to him strongly suggests that the SEC has not been pounding on his door since charges of illegal activity began to gain steam in 2012. Sal Arnuk and Joseph Saluzzi, Wall Street veterans and co-founders of Themis Trading LLC literally wrote the book on “Broken Markets” in 2012. They have continued to expose details of the rigged stock market on their blog.

Also in 2012, Wall Street Journal reporter, Scott Patterson, mapped out the exotic and corrupt order types permitted to be used by high frequency traders at the stock exchanges to fleece the little guy in his book, “Dark Pools,” which follows the trading career of Haim Bodek, who has set up his own web site to document how the stock market is being rigged.

One has to seriously question if the U.S. Attorney General would have ever opened an investigation had it not been for the fact that bestselling author Michael Lewis, in explaining the premise of his new book on high frequency trading, “Flash Boys,” flatly declared on 60 Minutes on March 30 that “stock market’s rigged.” The Lewis statement went viral around the world over the next week. As people began looking at the allegations in the Lewis book, as well as the earlier books and academic papers, there was insurmountable evidence that some market participants were being allowed to trade on information unavailable to the general public. Whether that is a new, high-tech form of illegal insider trading is what the criminal prosecutors are exploring.

Mary Jo White’s statement refuting that the markets are rigged is even more suspect because some of her former clients may be involved in the investigations of high frequency trading.

At the hearing before the House Financial Services Committee on Tuesday, White said she could not comment on a case involving Prudential Financial because she has recused herself from that case. The conflict causing the recusal could result from her own former legal ties to Prudential or those of her husband, John W. White, an attorney with Cravath, Swaine & Moore LLP. (Under Federal law, the conflicts of the spouse become the conflicts of the SEC Chair.)

At the time of White’s confirmation as SEC Chair, the U.S. Senate was aware that between White and her husband, they were currently, or had previously, represented every major Wall Street firm.

Published reports at the time White was undergoing the confirmation process were unclear as to how long she planned to recuse herself from cases involving her former clients – some reports said two years, others said one year.

This week Wall Street On Parade asked John Nester, a spokesperson for the SEC, exactly how long White would be recusing herself. Nester responded: “The law is one year.  It’s voluntarily two years under the Obama pledge.” We asked Nester to clarify which position White was taking and heard nothing further.

White was sworn in as SEC Chair on April 10, 2013. If she is still recusing herself it would appear that she has adopted the two-year recusal.

This raises the critical question as to why White would not comment on a matter affecting Prudential Financial but is prepared to flatly rule out that some of the major firms on Wall Street, her previous clients and/or potentially current clients of her husband’s law firm, might be engaged in rigging the market.